Its a testament to how good StarCraft is, how phenomenally nuanced and impossibly balanced, that I lost a year to the game. Sure, I regret it, but probably not as much as I should.

In early eighth grade, I finally bought the game Id lusted after at a local bookstore: Warcraft II. Id been into fantasy games for years, beginning by playing HeroQuest with my brothers as soon as I could read, then onto Magic: The Gathering, Warhammer, and eventually the mother of them all, Dungeons & Dragons. Id reread The Lord of the Rings every year since fourth grade and could recite the histories of half a dozen elvish nobles in a way that still seems sad. The box for Warcraft II seemed to offer the pleasures of all these loves combined and, whats more, my copy boasted of online play with its splashy, holographic "Battle.net edition" tag.

Warcraft II was a good game, but it was an RTS from an earlier era. Two equally matched -- theoretically if not in reality -- armies fight each other, with a couple key resources separating the winners from the losers. Orcs and humans werent the same, but only half a dozen spells separated the two armies, making everyone play the same couple of strategies. It was very good at what it was, but the design was still pretty simple. My friend Tyler, the only person I knew who also owned a copy, and his friends in a clan often spoke of a game that offered the same basic mechanics but infinitely more variety. As time dragged on, Tylers friends, who like him had bought Warcraft II to try something else out on Battle.net, began drifting back to StarCraft, and I had to pester them endlessly for even a match. When my birthday came around in November, there was no question as to what I would ask for: StarCraft and Brood War. 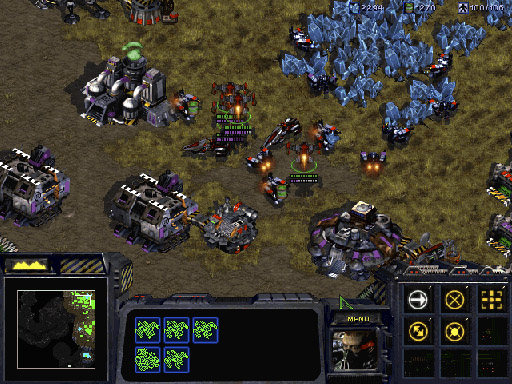 Theres no denying the obvious resemblance between Warcraft II and StarCraft, but considering that StarCraft had originally been planned as little more than Orcs in Space!, it couldve been a lot worse (see: Warhammer 40,000). Resource management is taken down a notch, as the number of materials required for building is brought down from three to a much more manageable two. Theyre still important, but they take second stage here to combat and strategy. The focus on these aspects is increased by exploding the number of useful units, the sheer number available in the game making it impossible to create a best strategy the way you could in Warcraft II or any other game of the sort. Improvisation is necessary, more attention to the map is necessary, and most of all an absurd level of micromanagement is necessary to become good at the game. In the online world of StarCraft, any idle moment is a moment your opponents are gaining advantage. The surface resemblance between Warcraft II and StarCraft is the same as between your housecat and a lionyes, the same basic elements are there, but put all the small changes together and you have a totally different beast.

For my first game, Tyler brought me into StarCraft on a custom-made map his clan used to train people. It offered nigh-infinite resources, no geographical hindrances, and full map vision for both characters. We started off with Terrans because theyre the simplest to approach for a person with previous experience in RTSes, especially Warcraft II, i.e. theyre almost conventional. We went over resource management, unit speed, damage types, defense types. The sheer number of variables involved was staggering, and this was just for the simplest of possibilities: Terran vs. Terran. The interfaces absolute simplicity belied the wealth of possibilities. There was a strategy for every single unit, nothing was wasted. Then, just when I thought Id learned everything from him and that Id be able to give him a decent match, we played a couple games.

Tyler beat me five times in a row in less than an hour. He said we needed more practice, so we spent the rest of the night playing against computers, with Tyler ruthlessly wrecking six CPU opponents while I watched, struggling to survive against their weak offenses and almost nonexistent strategies. We logged off and it was past midnight. I needed to get some sleep for the next day of school but I couldnt do it. My mind was racing with new unit combinations, defenses, build orders. 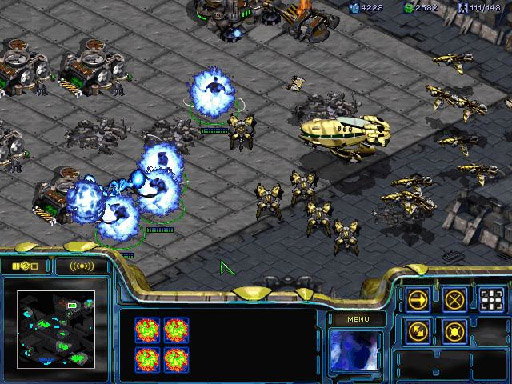 One of the beauties of StarCraft is that theres always somewhere deeper to go, always another plateau to jump to. Theres a system to be mastered, but its impossible not to find someone who can do it better, who has thought up new ways to take apart your defenses or build up a quicker base. As soon as a rookie begins thinking that their gas rush or siege defenses are unstoppable, theyll soon learn how theres no strategy without its counter.

I became obsessed with the game, figuring I could crack its code the way lunatics think they can crack the stock market. Other events in my life -- parties, friends, fun -- gave way to my goal of defeating the game. At the height of my obsession, I was playing six hours an evening on school nights and more on weekends, slowly improving but always finding another plateau behind the last that needed jumping.

Unfortunately for my younger self, the essence of what makes StarCraft great is its balance, so there's no code to crack. The game is carefully structured so that in the same way that each unit is useful, no unit or strategy can completely dominate the game. Its a game of rock-paper-scissors multiplied a hundred-fold. The impossible level of this balance is whats given the game its great staying power. Others have tried, including Blizzard itself, but no one has achieved this architectural feat again.

Most importantly, this balance has an effect on the game experience akin to great level design: It feels fair. Anyone whos played Battletoads or stuck it out through the end of a GTA has seen how quickly fun is sucked out of a game when what it asks the player to do feels unfair. Its that point where we all question why were still playing these games if its only a matter of memorization or luck, rather than real player interaction, thats determining success. Despite being determined by players, StarCraft always feels like it has level game design because on a field of evenly matched players, no situation is ever cheap or indefensible. Its your own fault for losing, and thats a damn good thing.

The less spoken-of prong of StarCrafts brilliance is its single-player campaign, which recreate this experience not through emulating multiplayer matches, which 1998-level AI made impossible, but through retaining this fairness. Levels were made to be challenging, but never impossible. The deck is stacked in favor of the computer, but its only to compensate for its deficiencies. Its the kind of intensely balanced design that leads to a need for taking another one more try at a level every time youre defeated. The games difficulty curve ramps up at just enough of a rate to always maintain player interest, as well as acting as a decent training ground for online

But beyond the first few maps, theyre also not just glorified training grounds, a trap RTSes can easily fall into. Characters and plots unfold like works of the best pulp writers, offering up a world with a deep history just asking to be obsessed over. Kerrigans betrayal remains one of the most shocking storylines in games, not only because of the innovative method for telling the story through different viewpoints, but also because of how well its crafted. Despite the games nonsensical approach to scale, in-game story developments lead to a deeper connection with events and a real sense that youre having an actual effect on its world. StarCraft tried something different by having plot twists within levels, often changing objectives based upon events caused by the player or the world. It even featured optional objectives, which didnt remove the campaigns linearity but at least began the first step toward choice in an RTS campaign.

Like all the greatest games, StarCraft may one day be surpassed in what it does best. A game may come around that offers perfect balance with even greater options for buildings, units, and strategies. Hell, that game may almost be out now in the form of StarCraft II. But StarCraft, like chess, doesnt age -- it will always be as just as brilliantly balanced, whether one decade after its launch or a dozen.