I don't know about you, but I've always felt that Vivi is the real star of the show in Final Fantasy IX. He's adorable but clumsy, much like the game in which he stars, and manages to be far more endearing than nominal protagonist Zidane or his girlfriend, Garnet. Take a moment to think about Final Fantasy IX, and what's one of the first things to come to mind? That's right: Vivi.

My first Final Fantasy was Final Fantasy VI, so Vivi was the first black mage I had ever seen. I know I'm not alone in loving Vivi at first sight -- those glowing, puppy dog eyes, the pointy hat, the general air of self-deprecation. His earnest brand of angst was more than enough to win over newer fans like myself, while older fans appreciated the nostalgia he engendered. For once, Final Fantasy fans of all different stripes were on the same page.

I'm sure that was Hironobu Sakaguchi's intention, since he's always said that Final Fantasy IX is meant to be a tribute to the series as a whole, a chance for fans of all persuasions to come together and reminisce before moving onto the PlayStation 2 and the future. I don't know if he was aware of the schism that had grown between the old guard and the new-wave fans, or the protracted forum battles that had resulted. But with Final Fantasy IX, it seems as he was trying to give older fans a chance to move into the future, while allowing those who had been converted by Final Fantasy VII to embrace the franchise's history. Standing between the two was Vivi. 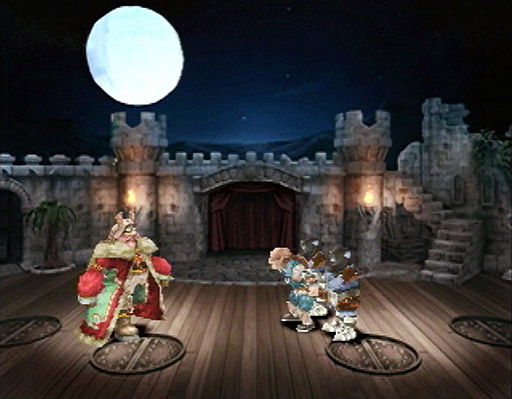 Cloud's crossdressing antics and Zell's thing for hot dogs aside, Final Fantasy VII and VIII were perceived by fans as deadly serious melodrama. Final Fantasy IX wasn't expected to be any different until, perhaps, Vivi scuttled onto a village street and tripped over his own feet. His desperate attempts to sneak into the production being put on by the Tanatalus Theater Group -- itself a ruse to kidnap Princess Garnet -- highlighted the game's radical shift in tone from its predecessors, as the almost dystopic stylings of the previous games gave way to light-hearted comedy. Unlike Yuffie and Selphie, Vivi wasn't just comic relief. Final Fantasy IX was set on being endearing and fun, and he was often at the center of that.

The kind of freshness that Vivi brought to Final Fantasy was exactly what I was looking for at the time. Strange that a game so steeped in nostalgia could be called "fresh," I know, but having had little experience with the 8- or 16-bit iterations of the series, everything old seemed new again. I was a constant defender of Final Fantasy IX's 32-bit predecessors, but I welcomed a fresh perspective on the series, whether it was original or not. With Vivi leading the way, that's exactly what I got.

There were tradeoffs, though. Much like its resident black mage, Final Fantasy IX is well-meaning but clumsy, and nothing demonstrates that better than its overly taxed battle engine. The 32-bit battle system had never been meant to support four characters in the first place -- there simply wasn't enough memory to go around. So animations got choppier, load times longer, and the camera less active. In its bid for high-tech nostalgia, Final Fantasy IX had somehow gotten overly ambitious. It was cleaner and more detailed than ever, but it felt as if it had lost its punch. 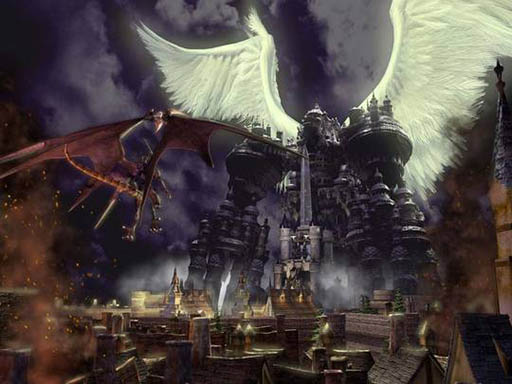 The attempt to shoehorn old-school mechanics into the then-state-of-the-art engine makes it seem as if Final Fantasy IX was trying too hard to please everyone. Technical wizardry aside, it did its best to revel in its old-school trappings, but it was also introducing a villain that wasn't much more than a watered-down Sephiroth. As Vivi wondered what exactly he was meant to be, Final Fantasy IX seemed to be asking the same thingdid it want to be a fully-fledged Final Fantasy in its own right, or did it simply want to be a tribute?

The answer, I suppose, is that it wanted to be both. Superficially, it has all the trappings of a classic Final Fantasy, but it's hardly a 32-bit Final Fantasy IV. It relies just as heavily on cinematic cutscenes as Final Fantasy VII and VIII, and its story is every bit as complex. If it were truly intent on being "old-school," it would have made more than lip service to the crystals and had the story revolve around them from the very beginning. What Final Fantasy IX ended up being was a modern Final Fantasy with a large number of references and callbacks to previous games, with the crystals making a cameo at the very end.

Funny, though: It's the end that hearkens the most to classic Final Fantasy -- Garland flying a spaceship, the four elemental fiends, and, of course, a final foe that comes completely out of nowhere. For old-school fans, it made for a few nice references, and some nostalgia. For me, well, my quest ended after I had died fighting the Lich one too many times. Feeling somewhat burned out, I wouldn't pick it up again for another three years.

When I did return at last though, it was with a somewhat different appreciation for Final Fantasy IX's relative strengths and weaknesses. It hadn't aged particularly well even by 2003, and the numerous old-school references still mostly made me shrug. I didn't really appreciate its attempt to be a "tribute," but I did love its playfulness and sense of humor. It was the optional scenes that did it, the ones that did nothing to advance the story but were nevertheless entertaining, self-contained vignettes. I found myself looking forward to them more than pretty much anything else, if only because it brought elements like Steiner's earnest devotion and Vivi's clumsiness to the fore. It was endearing, which is a word I don't use very often in conjunction with Final Fantasy these days, unless I'm referring to Selphie (who, of course, is endearing incarnate).

So while Final Fantasy IX struggles with the somewhat mutually exlusive goals of being both a monument to classic Final Fantasy and forging ahead as a modern title in its own right, it is successful in other ways. I don't know that it ever makes peace with the conflicting parts of its identity in quite the same way that Vivi eventually does, but it does manage to be every bit as charming. It's got spirit. And in this soulless, post-double-digit world we live in, that more than warrants another look.