After two games dealing with humanitys past, master designer Sid Meier set his sights on the future. Bear with me here. The Civilization games are, obviously, about the past, history such as it might have been; in their tech-trees human accomplishment is writ. Sure, you can look at it in a simple, reductionist way, viz., I will research the wheel because the wheel will give me chariots, with which I can run roughshod over those troublesome Indians and their warmongering dictator, Ghandi, and I can finally achieve victory conditions, because human existence is a thing that can be won or lost.

Or, you can think of it this way: The wheel, the first machine, gives us pottery. Pottery enables us to store food, freeing up leisure time for the first time since we developed thumbs. Freed from the pressing need to forage and hunt, we can develop writing and the alphabet, establishing continuity from the past to the present, enabling the transmission of thought from one mind to the next across the gulfs of space and time; this exchange of ideas rockets us ahead, and then things really get interesting. We climb into mathematics, and the sciences, and begin to develop the fine stratifications of religion, philosophy, and ethics that make humans so dang compelling. 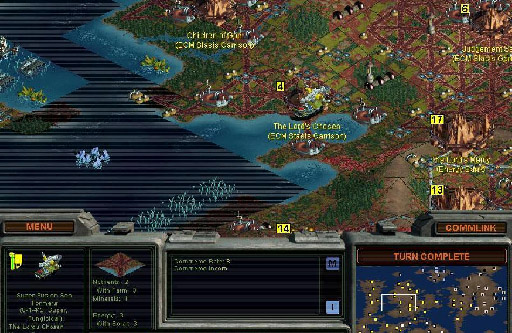 Its a beautiful metaphor for history, and it gets more refined with every Civ game. Alpha Centauri, then, offers a glimpse into the future. Each colony already has a well-defined ideology that affects how you relate to your people, your environment, and the other colonies; you can be militarist, capitalist, ecological, fundamentalist, pacifist, scientific, or ruthlessly authoritarian (the part of ruthless authoritarians played here by the Chinese). But where Civilization takes an analytical approach to how ideologies shape societies behavior, Alpha Centauri is proactive. With a science fiction setting, they can take humanity in radical new directions. Down which terrifying avenue will we develop? Will we become more warlike? Will we become interchangeable cogs in a Human Hive? Or will we reject such notions and strive for peace? (And if we do, how long until the Spartans or Hive stomp us?) This question of development is apotheosized in the victory condition of Transcendence, where we finally escape our disgusting, disease-ridden meat shells and live as pure, clean energy-based beings in happiness forever. And how wonderful that will be. Would be. 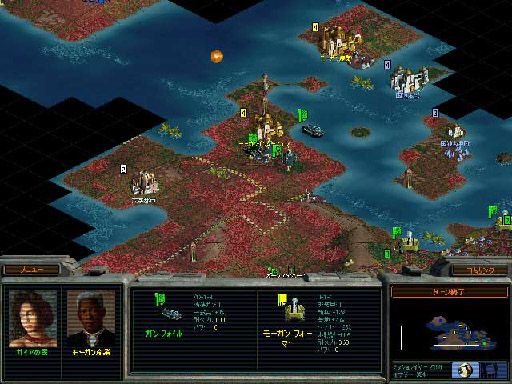 How does the game beneath this metaphor hold up? Not well, alas. The voxel-based terrain (surely you remember voxels) looks muddy and gross, and animations are almost non-existent. The interface is spare, to be kind, and the technology tree is a bit confusing; its not as cleanly laid out as in future Civ games, and it can sometimes be unclear where your research is taking you. Creating your own units is fun, though limited in flexibility. But the idea of Civilization -- IN SPACE -- is a fecund one, and ripe for revisiting. You cant get your nerves stapled anywhere else.