The island nation of Japan, like publisher Atlus, makes a lot of RPGs. Every JRPG ever made, in fact, which isn't surprising when you stop to consider that the J means "Japanese." And much like Atlus, not many of Japans role-playing games break out from the crowd and stand on their own as an embodiment of what the genre can be. For most people, the short list reads: Dragon Quest, Final Fantasy, and Chrono Trigger (the latter having been crafted by a combination of the talent responsible for both of the former).

Yet Atlus, like Japan, sometimes gets it right. After decades of trying with their darkly iconic Megami Tensei? series, the company finally managed to create an RPG that was far more than merely competentthey have a catalog full of those -- but stood up and shouted Im a classic, dammit! More importantly, this proclamation was heard, both at home and abroad in the west. Persona 3 shines as the best RPG of the last decade, and its easy to see why. 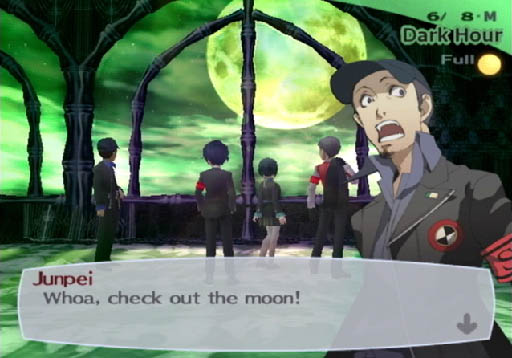 RPGs operate from a very narrow set of rules, expectations, and mechanics. Some 99.9% of all JRPGs follow the Dragon Quest or Final Fantasy templates to the letter, which is the same reason they vanish behind those juggernauts. Persona 3 is different. Instead of picking out a number of pre-existing mechanics and simply placing them verbatim into the MegaTen demon-summoning moldbecause, after all, they worked before, so why do something new? -- Persona 3 rewrites the rules entirely, re-imagining the genre. Not just how it works, but why it works that way.

In Persona 3, experience levels are not an indicator of advancement. You dont have to grind any longer than you personally want to. Hell, you dont really have to buy or equip weapons and armor for your support characters. Persona 3, while very much a JRPG -- or like The Bards Tale, if you want to get to the core of itdoesnt function anything like weve been trained to expect from one. Atlus carefully considered the needs of the game, and their vision of it, before defining its mechanics. What results is a pastiche of the genres greatest hits, extending back to AI-controlled party members, something even Dragon Quest wont force on you anymore. Yet it's all presented within a fresh context, and each component is fully interconnected with the rest so that everything feels completely new. 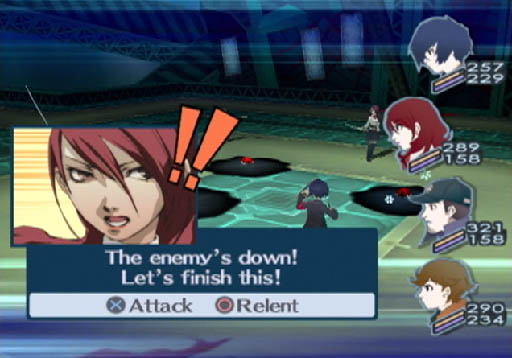 This total integration is the key to Persona 3's success -- not just integration into the overall structure, but with the other features as well. Hanging out with a Social Link doesnt just enhance the story, it enhances the hero's fusion options as well, along with the Personas youll want to recruit, the Quests you can potentially undertake, whether or not youll dungeon-hop that night, and so on. There is no wasting time in Persona 3, and that means I can do whatever I want in a play session and still feel like Im enhancing, improving, and marching closer to victory at the endsomething a genre largely designed around wasting real-world time in order to make slow in-game gains could learn a lot from.

If the RPG industry were the first Matrix film -- and Im not saying its not -- then at the end, Persona 3 makes a phone call to Square Enix. And Persona 3 knows that Square Enix is afraid, because once it hangs up the phone, its going to show gamers a world without Square Enix. A world of choice. A world where anything is possible. Then Persona 3 will fly into the sky, directly toward the camera before a quick cut to the credits. Persona 3 leaves the choice to you, and thankfully weve lived long enough to know that at least the first sequel to Persona 3 wont completely abandon everything we loved about it. Where you see the perfect combination of RPG mechanics, randomly tied together to create something fresh and new, I see providence. Lets hope other developers climb out of the Square Enix dance orgy long enough to take notice.