Article by Mightyblue | February 23, 2009 | The second entry in the Final Fantasy series

The late '80s were an exciting time for everyone -- well, everyone outside the U.S. stock market. They were especially great for gamers. Gaming was well on its way to recovery after Ataris short-sighted greed practically destroyed the U.S. industry, and Japans gaming industry was going strong on countless renditions, ripoffs, and games inspired by Dragon Quest?. Final Fantasy, for instance. Final Fantasy creators Square just couldnt rest on its laurels, though, since the game's success had barely saved the struggling company's asses. Desperate to hit paydirt again, the company did the only logical thing. It hired a mad scientist to head up the sequel. 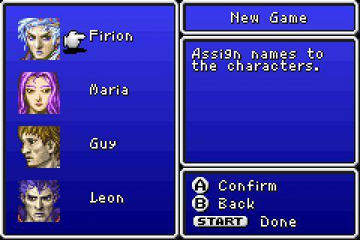 That deranged alchemist was a man named Akitoshi Kawazu. His speciality wasn't precisely lead turned into gold, but rather Final Fantasy II. For most people, it was more like gold transmuted into lead.

Square's decision to capitalize on the game that single-handled saved its corporate butt is hardly a strange one, but the way they went about doing so certainly was. While the RPG genre in Japan was certainly experiencing its fair share of one-off experiments that went nowhere and series that were tippytoeing their way to progress, few series can survive the shock of an excellent first episode followed by an overambitious sequel that tries to innovate in ways that are about ten years too early on hardware far too primitive to really make them work. In other words, Final Fantasy II is a quirky game -- and that's putting it lightly. Quirky games tend to end up crappy, forgotten, or discarded. But Square and its bloated successor Square Enix have an unhealthy fondness for plastic surgery and for lining their pockets through crass exploitation of nostalgia and faux-nostalgia. Because honestly, if you're nostalgic about Final Fantasy II, there's probably something wrong with and most likely several things wrong with you. Having played through the game myself on those same impulses however, I am well acquainted with the pot and kettle theorem. 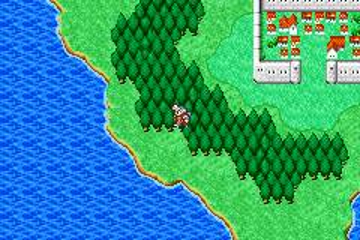 The most positive thing that can be said about Kawazu and his initial work was that it was as ambitious as he was. Ambition only takes you so far however, and therein lies the crux of the problem. The Famicom, despite being a respectable machine in its time, wasn't exactly a technological powerhouse -- and it had aged considerably by the time FFII came trundling along. This presents an obvious problem for a game whose claim to fame was releasing the player from the bounds of classes, experience points, and the other trappings of the role-playing genre. It essentially promised sandbox-like character development in an age when even basic class concepts were still being nailed down; the level of openness the game sought was simply beyond the hardware's capabilities. 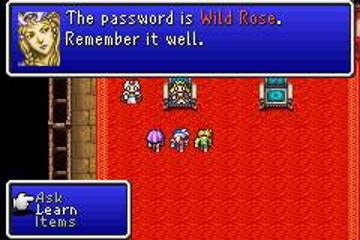 There was also the matter of difficulty. How do you balance a game where a player can have wildly varying stats and attacks or magic at any given moment? It's difficult to do right, and here in this effort it all went horribly wrong. The originality could be lopsided in places, but at least it had the dubious excuse of being a pioneer. FFII was downright grueling, leaving the impression that the devs had thrown up their hands in despair to admit that they had no real way to make the game adapt to an entirely fluid character structure.

For all that, the game's plot was commendably epic. The NES's paltry memory made it hard to cram large amounts of text into a game unless you wanted to make an interactive novel, and it's something of a miracle the devs behind FFII managed to cram the series' first world-spanning, character-driven RPG story into a game already bursting with ambition. On top of that, they added a keyword-based dialogue system and special key items which threw a trace of interactivity into the plot -- a nice cross between the old plots where the player often knew nothing unless they grilled anything with a text box for info and the more modern style of narrative in which the the player as a mostly passive participant. In order to learn major details, the player needed to present the right key term or item to specific non-player characters to trigger event flags and to push the plot forward. It made for a nice change of pace, though it too could occasionally be trying. 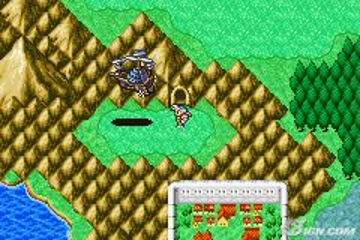 Evidently, Kawazu isn't as insane as his oeuvre would suggest (Unlimited Saga? notwithstanding), and that's probably why Square Enix keeps him and the SaGa? series around. Every now and then he comes up with a brilliant idea or three that he executes horribly, which then serve as springboards for more refined projects elsewhere in the company. The free form growth of FFII combined with the class archetypes of the original Final Fantasy netted us Final Fantasy III, and the reason every entry in the series since II has included a Key Item menu on the subscreen was likely the concept's role in FFII. And then there are some other standards that debuted here, like the existence of Chocobos and this one guy named Cid....

Whatever its faults, the game and Kawazu deserve their share of credit for daring to do something vastly different from the norm -- always a rarity for this industry, and especially this particular facet of it. So shine on, Kawazu. May your crazed, inventive ideas always work out in the end.

Just keep them the hell away from me until they do.

Thanks to IGN and GameFAQs for the screens and boxart.