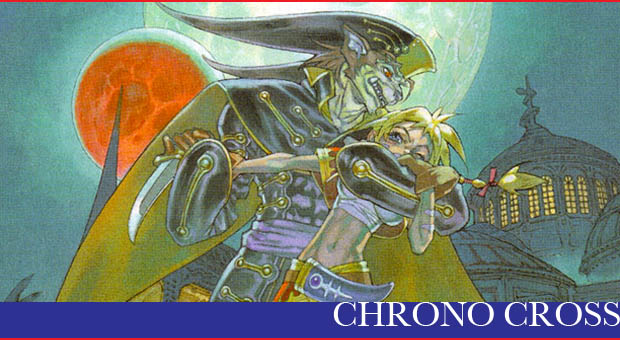 Chrono Cross as a terrible sequel: 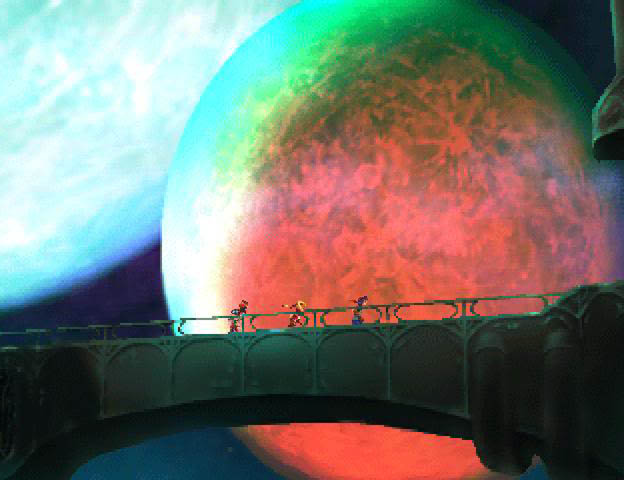 Like many people, I absolutely loved the classic SNES RPG Chrono Trigger?. It was a brilliant mix of story, charm, and engaging RPG mechanics. The product of a dream team of Japanese talent, Chrono Trigger left fans wanting more, even with a new game plus mode and multiple endings to discover. So, how to follow up on such a treasured game?

Chrono Cross is far from the sequel that anyone who played the original game would have expected. The word sequel implies the familiar, if not in story and characters, at the very least in gameplay. Chrono Cross fails to present the player with either early on, aside from a reference to one of Chrono Triggers characters in the games opening cinematic and a familiar victory theme. The real shock comes with the battle system. Chrono Triggers battle system was a mix of real-time and turn-based combat where enemy position played a very important role in combat. Chrono Cross nixed this idea for a completely turn based combat system. It threw in its own unique twists, including eliminating magic points; Cross doesnt even use the same spells that Trigger did. Indeed, unless players stick it out until the very end of the game, the actual story connections to the original game wont even show up. Even when they eventually do appear in the 11th hour, most players will be deeply dissatisfied by its confusing connections.

What then is there for fans of the original in this sequel? At the end of the day, the answer is... nothing. I was willing to give it a fair chance, but, its just so alien from Chrono Trigger that the differences become a major distraction. Chrono Cross even has the gall to throw in characters that look like they should be familiar favorites from Trigger but instead are introduced as new characters entirely. I think fans understood that a sequel would be tough to create using time travel theme of the first game, thus the focus on an alternate world is makes sense. Why not make the sequel take place in familiar locations? Then we could have at least see old friends in the alternate world.

There are plenty of ways they could have a made a great sequel. Certainly, with Square Enix (then Square), were used to sequels that dont directly tie into each other as far as story goes, so they could have just made a new time-traveling RPG with similar mechanics. They could have made a very different game, while retaining similar locations and characters. There are countless possible ways Chrono Cross could have been made that would have made it a proper sequel. Instead, Chrono Cross feels like a game with references to a classic haphazardly thrown in to push a few copies. Crono and company deserved far better. 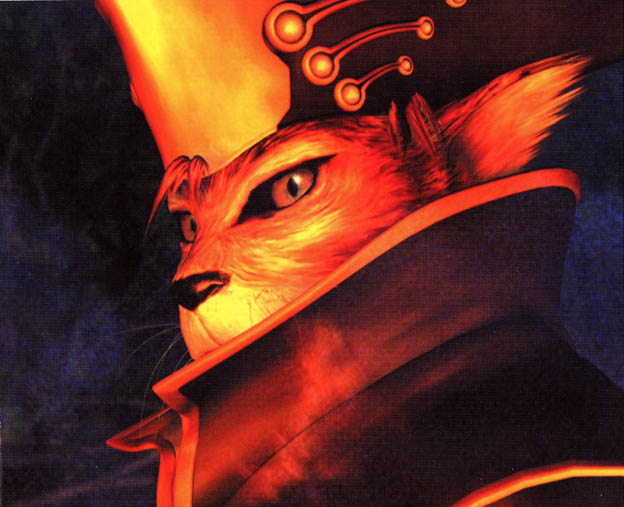 Looking back, a brilliant game like Chrono Trigger simply creates impossible expectations for a sequel. In our love for the original game, we fans were likely way too hard on poor Chrono Cross. After all, the game didnt even have the same core development team. The burning question would be, is Chrono Cross a good game when we take Chrono Trigger out of the equation? The answer, happily, is yes.

For starters, though the battle system isnt perfect, it does a lot to streamline the RPG experience, and make things less tedious than they usually are. Building up a meter to use special abilities gives the combat system good flow. Requiring this buildup and then making abilities single use per battle means players cant spam their most powerful attacks. At the end of battles, you have the option to fully heal using both your unused elements from the battle and healing items from your inventory, eliminating this traditional post-battle healing tedium. Admittedly, things arent always as streamlined outside of combat. Managing elements on the games many characters is a chore. Sorting through the list of elements itself is even worse. Still, with a Final Fantasy VII Materia-inspired system, this kind of annoyance is to be expected. What matters at the end of the day is that the battle system is fun and provides many different options for success.

Weve established the gameplay itself is good; what about the presentation? Well, the game certainly begins well, with a beautiful CG intro and some of the games best music. Though the actual graphics obviously dont look as good as the CG movies, it has a great colorful style that has aged far better than its contemporaries. The soundtrack, on the other hand, is an unquestionable wonder. Full of haunted and enchanting themes that bring the many odd locations to life, it stands as quite possibly one of the finest of all time. It may not have the catchy tunes that Chrono Trigger did, but it triumphs in overall quality, taking full advantage of the PlayStations capabilities.

What exactly does Chrono Cross do wrong aside from sequel issues? Quite simply, story. Chrono Cross tale is always confusing, and considering the game lets you recruit and switch between a large number of characters at will, none of them are well developed in the slightest. There are fun things done with some of them, specifically when they get to meet the alternate universe versions of themselves, but even so, these scenes would have worked far better had characters been developed enough for players to care. The large cast works well on a gameplay level, but as Chrono Cross shows it can do a lot of damage to the narrative. The unique setup does make the story at least interesting, and it doesnt detract from the often stellar gameplay. Indeed, Chrono Cross strong gameplay, brilliant soundtrack, and decent art style well out-weigh the negatives of the story, making Chrono Cross one of the finest RPGs from the PS1 era.