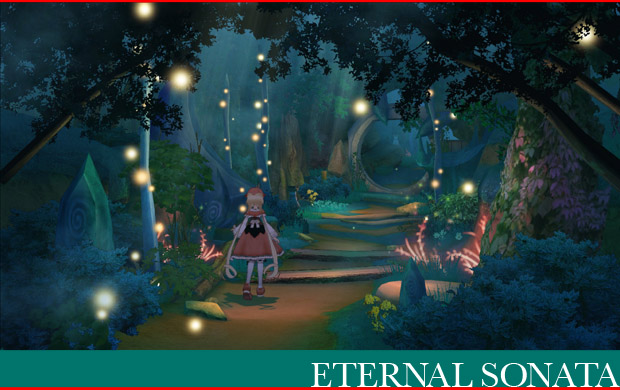 At the time of its release, Eternal Sonata was seen as the bastion of the Japanese RPG for the RPG-less Xbox 360. The premise is wonderful -- Eternal Sonata takes place in the mind of Frédéric Chopin, the world famous pianist, in the hours before his death. The multitude of design possibilities in a world where music and dreams were mixed together were dizzying, and the gorgeous visual style caught everyones attention. Other than the dream-like ending stage though, Tri-Crescendo seemed content to rest on their laurels and Eternal Sonata is a mediocre RPG that practically ignored all the amazing ideas the setting could provide. It was pretty, though! Divorced of anything else, Eternal Sonata is one of the most visually impressive games to be released this console generation.

But Eternal Sonata is one of those games that lures you in with its presentation and has little in the way of sustainable gameplay. Its intensely linear, which isnt bad in and of itself, but the premise screams for a more open-ended, experimental world to explore. The musical motif is shoehorned into the experience in the most basic of ways with characters and locations named after musical jargon and... thats about it. Actually, for a game that proudly advertised its inclusion of Chopin pieces in the soundtrack, theres little effort incorporating them into the experience in any meaningful way. Theyre completely cut off from the main narrative, popping up only in awkward educational segments made up of still life shots with text about Chopins life. The character designs are beautiful, but you have no idea what theyre talking about whenever they open their mouths, despite how determined they look while speaking. Theres an awful lot of navel-gazing in the game, and it all leads up to a frustrating credit sequence in which your party members bark platitudes at no one as if the developers honestly thought you missed the point of the story. Its obnoxious, and only serves to cast a shadow over the more appealing aspects of the game. 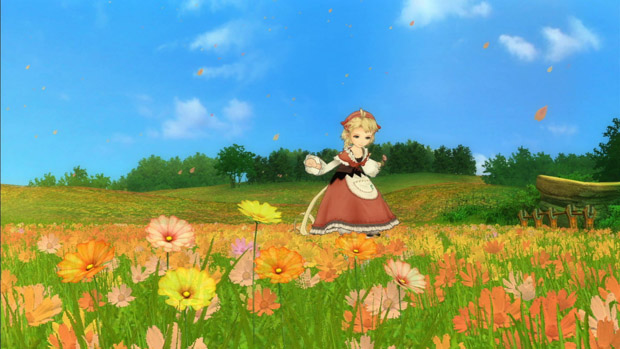 The battle system stands as the towering achievement of Eternal Sonata. While the rest of the game squanders its potential, the battle system is remarkably well-designed and enjoyable. Featuring a mix of real-time and turn-based elements, battles in Eternal Sonata play out in large, open arenas. A small timer called Tactical Time precedes each of your characters turns and gives you an opportunity to see where each enemy is located on the field and plan accordingly. As soon as you initiate an action, an Action Bar counts down to the end of your turn. In that time, youre free to move wherever you wish, use items, and attack. A normal attack deals moderate damage at a quicker pace and a special attack deals more damage but is weighed down by animated flourishes that eat into your Action Bar. Additionally, for every normal attack you deal, you build up Echoes which magnify the effect of your special attack, letting you deal more damage or heal greater amounts of hit points. Your Echo multiplier stays with you across characters, so its in your best interest to build up a chain with your weaker characters and cash in the accumulated damage boost with one of your heavy-hitters. During the enemys phase, timed button presses when an enemy attacks can boost your defense, and even counter hits, ensuring that youre always paying attention in battle. Finally, shadow and light factor into the battle algorithm and not only change what special attacks your characters can execute but also alter an enemys appearance. A small onion bulb in the sunlight can transform into a massive plant-beast in the shadows and have dramatically different statistics.

What really makes the battle system unique, however, is the addition of a Party Level alongside individual character levels. The Party Level adds different benefits and restrictions to your actions in battle. At the beginning of the game, the rules are relaxed and lenient giving you unlimited Tactical Time and even stopping the Action Bar when you stop moving. Later Party Levels shorten your Action Bar and limits your Tactical Time prompting you to be quick on your feet in order to maximise your turn. As you grow more experienced with the battle system, additional rules and abilities are given to you that fundamentally change how you approach combat. Its a fascinating subversion of the traditional difficulty level choice in video games and ensures that combat feels fresh and exciting across the entirety of the game. All of these elements of the combat system revolve around rhythm, timing, improvisation, and experimentationthe essence of music. There arent enough good things to say about Eternal Sonatas battle system. Its fantastic and complements the narrative conceit perfectly.

The environments deserve extra consideration, too. Final Fantasy XIII was described as walking down the most beautiful corridor in a video game but Eternal Sonata, a game equally as linear, comes off feeling much more natural. A combination of a computer controlled camera, careful framing, and countless little details, both natural and man-made, littering pathways and roads, gives the impression of a very organic, real world. Heavens Mirror Forest, in particular, almost always has the camera positioned behind natural flora and fauna, and the unpredictable pathways twist and turn in visually appealing ways. Everything looks messy and overgrown, like a real forest should, and it helps immeasurably in setting a spooky, magical tonealmost like a dream. 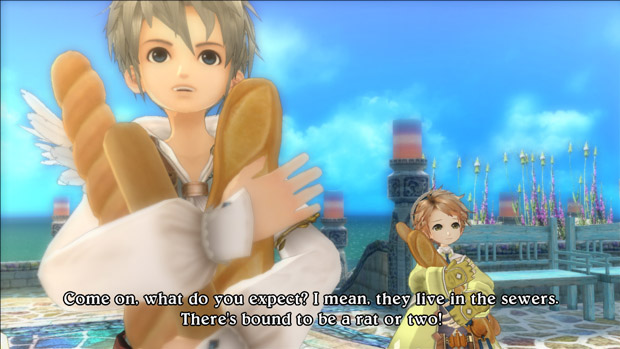 Unfortunately, everything else about Eternal Sonata is anything but dream-like and devoid of any profound musical influence. For all of the scripts efforts to question the validity of reality and what is and isnt real, theres a clear demarcation between the fantasy story being told inside of Chopins mind, and the real-life drama unfolding around Chopin as he lies on his death-bed. Both are poorly written and overflowing with high-school-level philosophy; the cast frequently sound like theyre talking to themselves rather than actually interacting with each other; and even the inclusion of multimedia vignettes of Chopins life in between these two narratives feels entirely cut off from anything else thats happening. Nothing feels connected or, even worse, nothing feels like it relates to Chopin himself. Dreams are deeply personal experiences, but other than the abundance of musical annotations throughout Eternal Sonata, there arent an awful lot of things applicable to Chopins life.

The ultimate disservice to Eternal Sonatas narrative is just how straightforward it is. It all makes too much sense considering its in a world of dreams. Granted, the setting might be fantastical and amazing to Chopin himself, a man who lived in the 19th century, but to any new age 21st Centurion drowned in fantasy and fantasy tropes, it comes off as painfully uninspired. Theres an evil emperor and a selfless King and Queen, pirates, a rebel group conspiring against an empire, plucky teenage heroeseverything you can expect in a Japanese RPG, pretty much. This creates an unfortunate dichotomy between what is unreal to the characters in the story, and what is unreal to the player. Tri-Crescendo ultimately chooses to create a universe that feels utterly imaginative to Chopin but painfully familiar to the player. The very last stage goes out of its way to supplant this notion, but by then its a case of too little, too late.

I cant imagine a lot of people sticking with Eternal Sonata that far, either. In its dedication to be an educational and entertaining video game about the life of Frédéric Chopin, it ends up being much too fragmented to mean anything. Its battle system shines as a wonderful example of musicality and rhythm but the story feels completely disconnected from Chopins experience. Instead of creating two halves of a game that sought to enlighten and entertain at the same time, Eternal Sonata would have been better if Chopins life were more precisely woven into the dream world. The story being told here feels like any other story found in a JRPG. It doesnt feel like youre in the mind of composer responsible for some of the most beautiful music in the world. Chopins music already takes you to another world. Eternal Sonata takes you to somewhere familiar.