Games | NES | Dramatis Personae: Movers and Shakers of the NES

Gamers ultimately remember systems for the quality of their games -- well, successful systems, anyway. The likes of Virtual Boy or Sega 32X are likely to be remembered for the inexplicable thinking behind their existence, or for the way they ruthlessly exploited users, or any other number of unflattering facets of their legacy. With a console like the NES, though, its library is its ultimate testament to history.

Not every game for the system was a masterpiece, but the great ones were simply miles beyond anything anyone had ever seen before on a console: an arcade experience at home, and eventually even more than that.

Be that as it may, the NESs fortunes were shaped by the business behind it, and by the people behind that business. Truth be told, there was as much drama in the systems tale as in any plot spun by its games: Nintendos fortunes in its home market were buoyed at the crest of the Bubble Economy wave, and its westward-facing ambitions were hardly uncommon for any successful Japanese corporation of the 80s. Americans saw the unprecedented vitality of the Japanese economy, that beaten-down nation wed helped bootstrap back to its feet after WWII despite its role as an imperialist aggressor, compared it to the economic rot and ennui that afflicted the U.S. economy, and regarded Japan with suspicion, hostility, and fear.

Nintendo found itself cast as the poster child of Japanese ambition, painted as the vanguard of an insidious war waged in the American living room, a victory to be earned by winning the hearts and minds of God-fearing, corn-fed American youth with diabolical hypno-boxes plugged into our televisions. It took a crew of people with iron spines to stand up to that perception and pursue the American home with draconian monopolism anyway, and Nintendo was blessed during its NES era with quite a number of executives with precisely that sort of determination. Its these people who defined the NES and made it a success, even though millions of concerned parents across the nation regarded Nintendo as Satans dark earthly agents.

Hiroshi Yamauchi
If current Nintendo president Satoru Iwata could be likened to the God of the New Testament, all kindness and forgiveness and Nintendogs and exercise simulators, former president Hiroshi Yamauchi is the Old Testament YHWH: the fiery-tempered unforgiving god of our fathers who demanded absolute fealty and would strike down transgressors where they stood. Yamauchi rose through the ranks the hard way -- by putting forth genuine effort and marrying the owners daughter -- and he steered the company to modest success during the rocky years of post-World War II recovery. His determination and reputation for ruthlessness were matched only by his canny ability to recognize an opportunity and seize it, then protect his interests with ferocity. Yamauchi deserves credit for initiating the Famicom project, for birthing it amidst the waning years of the initial American console boom, and for wisely bypassing all the factors that had undermined Atari. Even after retirement, his input has kept Nintendo on top; lets not forget that it was Yamauchi who insisted the company put its eggs in the alternate interface basket with DS.

Minoru Arakawa
Like Yamauchi, Arakawa rose through the ranks in part by marrying the boss daughter -- the boss in this case being Yamauchi himself. As a wedding gift, he was given control of Nintendos American branch and told to make it work.

Of course, this being Yamauchi, Make it work, was less a fatherly Tim Gunn-style admonition and more like a grim ultimatum. To Arakawas credit, though, he did make it work. The delay in the NESs American launch was due in large part to Arakawas painstaking research and test marketing; getting a new game console into U.S. stores was a tall order in the mid-80s, and Arakawa took careful notes on initial reactions to the systems American prototypes, adjusting the final product to something that, while flawed from a mechanical design standpoint, was imminently sales-friendly in a decidedly unfriendly marketplace.

Howard Lincoln
Arguably even more essential to Nintendos American success than Arakawa, Lincoln was a canny lawyer who proved his value to the company when he slapped down Universals Donkey Kong suit by using the same argument that Universal had employed years prior to justify its own claim to the King Kong property.

Furthermore, Lincoln undoubtedly had a hand in Nintendos strict content rules, which dictated NES games had to be scrubbed free of all religious and sexual imagery... and he was certainly drafted to help with the endless array of anti-competitive lawsuits Nintendo had to field.

Even when Nintendo lost in court, it still won: Its big punishment for anti-trust violations was to send kids coupons for five dollars off a new game purchase. Who can even guess how many millions of dollars that penalty netted them?

Shigeru Miyamoto
Although its trendy these days to paint Nintendos most famous game designer as a doddering simpleton who has no idea what makes videogames good, Miyamotos output in the 8-bit days -- back when he was almost completely anonymous -- handily proves that anyone jumping on that particular trend is in fact something of a simpleton themselves.

Though hardly the single-handed architect of Nintendos best games as some tend to paint him, MIYAHON used the NES as a platform to explore new ideas within the tenets of simple, pragmatic design he had established with Donkey Kong. The guiding influence behind Super Mario trilogy, The Legend of Zelda, and numerous other masterpieces, Miyamoto was the architect of childhood nostalgia for millions of 30-somethings.

Masayuki Uemura
Though largely credited with the core design of the Famicom, Uemura is rarely remembered with the same reverence and affection as Nintendos star tinkerer, Gumpei Yokoi. Nevertheless, the companys first home console was very much a quintessentially Nintendo-style device: powerful enough to deliver a satisfying experience, yet frugal enough to be profitable day one.

Admittedly, no version of the console was entirely perfect -- the Famicom featured hardwired controllers, the NES had trouble with its connectors, and the redesigned NES 2 console dropped support for composite video -- that, too, is quintessentially Nintendo. After all, if a machine is perfect right out of the starting gates, theres no incentive for consumers to pick up the improved version a year or two later.... 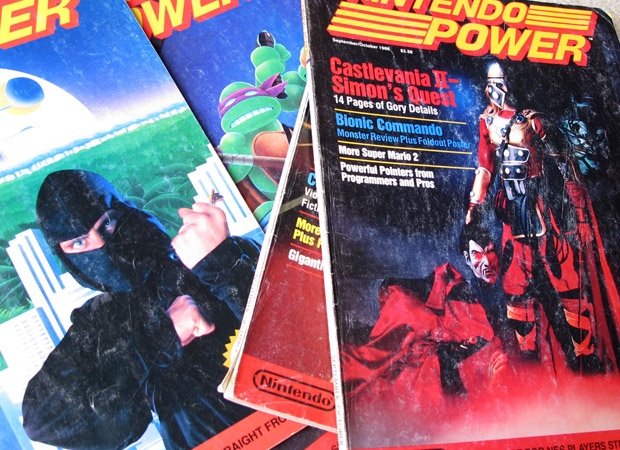 Gail Tilden
As editor-in-chief of Nintendo Power, Tilden helmed the single most influential publication in the world for kids of the NES era. Somewhere between a Pravda-style propaganda piece and the worlds meatiest sales catalog, Nintendo Power force-fed NES owners a bimonthly stream of raw hype for the hottest games in the corporate pipeline, and had a tendency to make even lousy third-rate releases look pretty sweet.

Nintendo Powers hyperactive layouts and lopsided balance of preview and feature coverage look pretty dated these days, but they smartly distilled the most successful elements of popular Japanese magazines into a periodical that hit the NES devout like a pure intravenous drip of heroin.

Howard Phillips
Phillips, equal parts amiable and goofy, was probably intended by Nintendo of America to be the U.S. counterpart to Hudsons Master Toshiyuki Takahashi: He was presented as a world-famous game expert in the Nintendo Fun Club Newsletter days and went on to become Nintendo Powers real-life mascot, cheerfully promoting hot new releases and sharing billing with a snarky runt named Nester in the magazines hint sheet masquerading as a comic strip.

Phillips eventually left Nintendo, but his tenure as the companys ambassador to kids remains a charming reminder of how different the game industry was 20 years ago. With his bow tie and tidy red hair, Phillips was a far cry from the J Allards of the world.

Henk Rogers
Though Rogers role in NES history is fairly small and specific, its deeply important: He helped Nintendo nail down the console and portable rights to Tetris. And while Tetris played its most pivotal role in the Game Boys success, it sparked the greatest drama on the NES. Amidst all the Tetris-associated legal wrangling and hysterics, Rogers served as an intermediary between Nintendo and the Soviet entities who handled the games rights. But he also influenced the NES in a smaller, lesser-known capacity: While living in Japan, Rogers designed The Black Onyx, the first-ever RPG designed specifically for the Japanese market... which in turn paved the way for the likes of Dragon Quest? and Final Fantasy.