Games | NES | How the West was Won: Localization Changes on the NES

Nintendo appears to have used the Atari VCSâs spectacular flareout as an object lesson for how not to run a console business. But the lessons Atari inadvertently provided went much deeper than that; Nintendo also looked to its failed predecessor for how not to handle a console in a foreign market. The VCS has made its way to Japan as the Atari 2800, but youâd never know itâthe system failed to catch on in any meaningful way, and Japan lacks Americaâs Atari nostalgia. Perhaps mindful of the 2800âs failure, Nintendo shaped its own efforts abroad, carefully working to ensure its efforts in the U.S. were carefully tailored to the needs of the overseas market. This began with the companyâs brash attempt to obscure the fact that the NES was designed for playing videogames, but in fact it went far deeper than that.

Occasionally, Nintendo and other publishers would find themselves in possession of a solid game that was just a little too Japanese for American audiences. In many cases, the game in question would simply be given a tidy new face to hide its quirks and make it more palatable overseas. This could be as simple as removing a licensed property; Chubby Cherub was originally based on an anime called Obake No Q-Tarou, and Dragon Power was a DragonBall game. In rare cases, a license could even be changed or attached, as with Capcomâs Yo! Noid. Unfortunately, most of these efforts proved to be as inelegant as Jalecoâs Whomp âEm, a Journey to the West platformer in which the Monkey King protagonist was simply replaced with a Native American... while most of the rest of the game remained decidedly based on classical China.

When a game proved unsuitable for U.S. release, publishers would simply skip it. A vast array of pachinko, shogi, and mahjongg games never found their way to the U.S. due to their complete lack of interest to American audiences. Publishers also tended to skip RPGs due to the expense and difficulty involved in localizing and re-inserting all that text into such limited memory space. And then there were the games that were simply too dated to bother with thanks to the typical release lag between Japan and America; by the time Super Mario Bros. 2 would have been released in the west, the vastly superior Super Mario Bros. 3 was on its way to Japan. SMB2 looked like a first-gen NES game and certainly wouldnât have done the NES library any favors, so Nintendo skipped it. Shigesato Itoiâs Mother? is probably the epitome of this category; it was intensely Japanese, a text-heavy RPG, and looked incredibly dated by the time it came up for U.S. release under the name Earth Bound. Unsurprisingly, Nintendo declined to publish it here, despite having fully localized it. 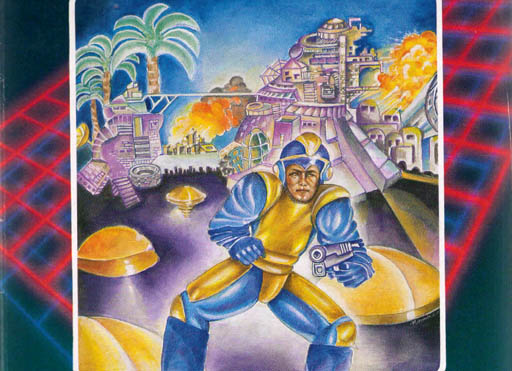 Sometimes, publishers figured all a game needed to sell in America was simply a new wrapper. So, they tossed out the anime stylings with their big eyes and fluffy hair and gave Americans muscular, airbrushed renditions of those same creations. Granted, they were rarely good renditions, but at least they didnât look quite as imported! One might argue that this was some violation of the gamesâ artistic integrity, but the truth is that the majority of Japanese Famicom box art was just as awful as NES box art, except more cartoonish. Sure, Mega Manâs box art is a disgrace, but the Famicom box appeared to have been drawn in felt marker. Sometimes, we lost beautiful anime-style drawings in favor of something more generic -- see also Super Mario Bros. and The Legend of Zelda -- but every once in a while, the U.S. box came out ahead. The poster child for this phenomenon, though, has to be Clash at Demonhead. Easily the single most anime-inspired game to hit the NES, youâd never know it from the corny sci-fi box art, making for a legendary disconnect between contents and packaging.

One key to Nintendoâs western strategy lay in its recognition of Americaâs puritanical sensibilities. Nintendo wisely recognized that certain content which was totally acceptable in Japan would never fly in the U.S. Though the resulting efforts to tone down content arguably went a long way toward cementing videogames as âfor kids,â it also made Nintendo a lot friendlier to parents, and thus more accessible to kids. No game was safe from even the slightest hint of perversion, including western-developed projects; LucasArtsâ Maniac Mansion? was scrubbed clean of several potentially troublesome bits of content, such as the intimation that Nurse Edna would freely dispense naughty sexual favors. Castlevaniaâs classical statuary got de-boobed, and while Top Secret Episode: Golgo-13 retained its hint of sexuality, said sequences were scrubbed clean of nipples. Even the unreleased Earth Bound saw edits as small as a single pixel to remove all hints of blood, nipples, and tobacco.

The delay in the U.S. release of the NES made the Famicom Disk System completely redundant; by the time the NES was a hit, advances in chip technology had obviated the FDSâs memory capacity and modest performance gains. But the rewriteable disk format offered a feature that standard chips couldnât match: The ability to save progress. Early FDS-to-cartridge conversions simply cut the ability to save, but eventually immense adventures like Zelda and Metroid came up for localization. So Nintendo improvised, coming up with clever kludges to make these creations work as best as possible, considering. Metroid introduced the password mechanic, which gamers quickly came to realize worked best with more compact, limited adventures like Mega Man 2 and Castlevania III?. Zelda, on the other hand, introduced the use of SRAM storage backed by a lithium battery, offering a seamless, painless way to save progressâbut also an expensive one, which is why so many publishers cheaped out and left us with the impractically huge password systems seen in games like Faxanadu and Rambo?.

At the other extreme, a number of Japanese games used esoteric developer-specific chips to boost their performance. Whether due to the added expense of these fancy boutique chips or simply because Nintendo wanted to simplify things for the U.S. market, special mapper chips like Konamiâs VRC series were replaced by Nintendoâs own standard cartridgesâor else the games simply never saw the light of day in America. Gradius II was among the latter, using the VRC2 to improve its background graphics; Contra? and Castlevania III, on the other hand, were watered down for the U.S. Contra simply lost a bit of background animation and some pre-level intro graphics, but Castlevania III was hit hard. Its music was severely diluted, many of its environments were dulled down, a number of character sprites were changed, and the gloriously animated backgrounds of stages like the clock tower were significantly crippled. On the other hand, at least we got them at all....

And finally, the ultimate concession to foreign interests: Games developed by Japanese companies specifically for the U.S. market. Whether these games were never intended for Japanese release or else they simply didnât make the publishing cut, the fact is that a surprising number of NES games were made in Japan but never sold there. Developer Kid created both NES G.I. Joe? games, whose absence in Japan was hardly surprising. But what of StarTropics?? Built under the supervision of Nintendoâs Genyo Takeda (of Punch-Out!! fame), StarTropics is one of a very few first-party Nintendo games ever designed specifically for the U.S. audience. While one could take that as a grim assessment of StarTropicsâ quality, we prefer to think of it as a sign of Nintendoâs love for its overseas fans: They created a game just for us. Sure, it was kind of a janky game, but at least they made the effort.