Not Especially Successful: The Legacy of the NES Outside America

By this point, youve probably arrived at the idea that the NES was a successful and influential system. And you would be right! In Japan, Famicom nostalgia is ever-present, and in America, Nintendo became a by-word for videogames... or at least thats what Im told from that one movie where the surfer guy moves to a new town without any beaches and learns to skateboard. But lets both put barely-remembered 80s nostalgia aside: Outside of Japan and North America, the NES was, for the most part, a non-event. Sure, people bought it. But Nintendo wasnt where the action was. All the cool kids had a Spectrum, or a Master System, or a Commodore 64. What happened? If Nintendo was so great, how come the system that cemented their success, well, didnt succeed?

What armchair game historians like to forget was how hard Nintendo had to work to get the Famicom, and then the NES, to the top spot in the first place. The original Famicom had a fatal hardware defect that left it languishing behind the competition -- it was only a year or so later, when Nintendo fixed the flaw and the game library firmed up, that it took off. In the U.S., the NES had no competitiors and a market hungry for great games, but they had to make deals left and right to even get the system and the games on store shelves. In Europe, however, Nintendo was only interested in distributing lower-overhead software instead of handling both software and hardware and made deals with international partners to distribute the control decks, chiefly toy company Mattel. Europe, comprising state-sized kingdoms with their own languages and bitter rivalries, required care, respect and tenacity. In response, Nintendo basically said, Screw it, Mattel can do it.

Thats where the trouble started. Mattel wasnt equipped to sell a computer system in occasionally difficult markets, while Nintendo wasnt equipped to adapt and localise games for local marketsand the two of them werent able to coordinate releases or ensure there were enough games out there for an NES purchase to be a wise decision. Mattel did find success in Australia, with a computer-animated ad of Nintendo characters robotically chanting, We are Nintendo. You cannot defeat us, but that was its only major success, and even then it was kind of a gimme. Australias often been noted as a unique test market, as the market behaves a lot like the American market. But with a smaller population concentrated in a few cities, its a lot cheaper to enter. Mattel didnt have to push very hard to make it a success; taking the confrontational tone straight out of Nintendos successful U.S. playbook, a market with little competition, and a country that was going through a boom period and had money to spend on things like video game systems, made things a lot easier. Nevertheless, the NES in Australia never equalled its U.S. market penetration, and console gaming only really took off with the PlayStation -- even though the Australians had more trouble with CDs because of how easy it was to put them in upside-down. Those crazy upside-down Aussies.

Compare Mattels success in Australia with the UK, where the NES barely made a dent. The chief difference is like asking why the Fat Camp 100m sprint isnt as exciting as the one at the Olympics: Competition. Several years before NES, the UK saw the release of the ZX Spectrum, invented by the eccentric Clive Sinclair and his team at Sinclair Research. The ZX Spectrum was an extremely low-cost computer that came with a copy of the BASIC programming language, a relatively simple language for making your own programs and, naturally, games. By the time the NES launched, a veritable ecosystem had sprung up around the machine, with a smaller but still vibrant scene around its higher-priced competitor, the Commodore. Magazines published type-in BASIC code for games, with suggestions for places to change the program code to customise the game; hobbyists and small businesses sold their own games, many of them putting the surreal nature of Super Mario Bros. to shame. If you havent made a living egg feed a bucket of milk to a dragon, you havent lived, I say.

The question for the British public was: Why buy an overpriced NES with few and expensive games when both the Spectrum and the Commodore had lots of great games of their own, and for much cheaper? You could even make a bit of money selling computer games if you had a knack for programming. You couldnt do that with the NES. Mattel tried adapting to the market, noting that the system was quick-loading as opposed to the lengthy load times of the cassette tape-based Spectrum, but the established computer game market was too strong. Also, no egg-based games. The Spectrum had, like, a dozen.

But the Spectrums success illustrates a larger point: The collapse of the video game industry was a peculiarly North American phenonemon. The early 80s glut of videogame systems never made it beyond North America, and so computers like the Sinclair and the Commodore were never squeezed out of the market by the dedicated TV game machines. The NES benefited greatly from its novelty, but in established markets Nintendo had to work much harder. Many players saw games available for NES and felt they were a step down from the more sophisticated games on their PC platform of choice... and considering these are the sorts of people that gave us, well, the current generation of games, its hard not to agree. Whats worse, NES games were often well behind the U.S. releases (themselves well behind the Japanese), poorly localised (if at all), and expensivelocalising a game for Europe, for instance, required re-development to handle the PAL video standards lower framerate and higher resolution, as well as to insert translated text for each language. Nintendo split Europe into two regions to make things easier, but this ended up being more trouble than it was worth, as it made small markets even smaller and caused gamers to get fed up with seeing great games released in other countries without being released in their own.

In addition, the carts themselves were a big investment, especially given how Nintendo demanded money for the carts upfront. Faced with all these challenges, most third-party developers didnt bother with their games, leaving Nintendo and a few third-party developers operating in the region to carry the release schedule on their owna preview of the N64 years. Many countries were completely ignored by Nintendo, where the market was snapped up by Sega distributors, who could offer a much lower-cost system in the Master System, and usually also had the rights to distribute gameswhich could also be sold for cheaper, the Master Systems game cards being less expensive and Sega being less inclined to play financial chicken with its publishers. Segas established distribution channels left it in a really good place when the Mega Drive was introduced, and in most of Europe Nintendo found themselves with a much harder fight on their hands than the already tough fight they had in the American market.

There is a final factor that played into the NESs lack of penetration in the rest of the world: piracy. Game piracy was very common in the 80s, especially in markets that saw few legit releases. Attitudes to game piracy by the authorities ranged from tolerance to open acceptance. Few countries actively prosecuted pirates, and usually then only those who attempted to distribute bootleg versions on a wide scale. Nintendo was incredibly vigilant in pursuing game pirates and having them arrested, and the NES games themselves took considerable effort to pirate. But piracy also made the hardware attractive for those who couldnt afford Nintendos high prices, like the newly capitalist countries of Eastern Europe. For these countries, a Commodore was a much better use of the money, since not only could it be used to write school reports, but your friends on the playground could give you cracked games for the machine. In addition, pirated games could be translated. Plus, there were cracks to make the game easier or hardercalled trainersand even gameplay hacks, although playing through a Mario game on your Commodore was an uncomfortable reminder that you werent getting the real thing. Piracy also helped with distribution, in cases where the developers didnt have publishing deals or the publishers refused to distribute. The Dendy, a Russian NES clone, was wildly successful behind the Iron Curtain, and because Nintendo couldnt officially operate there, the Dendys library consisted almost entirely of bootleg games and pirated copies of overseas hits. Even prosperous countries like Australia benefited from piracy, being a small market that required European adaptations (at least, for video games) but had tastes more in line with Americans.

Nintendo responded to the shaky performance of the NES by opening local branches in Europe, based out of Germany, ripe for tasteless world domination jokes, and Australasia, ripe for references to Risk. Neither market, however, became as solid as the American or Japanese markets, even with personal attention. And then, first Sega and later Sony took big bites out of the market until the success of the DS and Wii.

None of this changes the importance of the NES, or its impact on the developers of today. Only that the version of history that Nintendo wants you to believe, that the world is divided into the pre-Famicom and post-Famicom era, is, like many such binary divisions, missing a good deal of nuance.

Besides, any world where I cant make a walking egg feed a bucket of milk to a dragon isnt a world I want to live in. 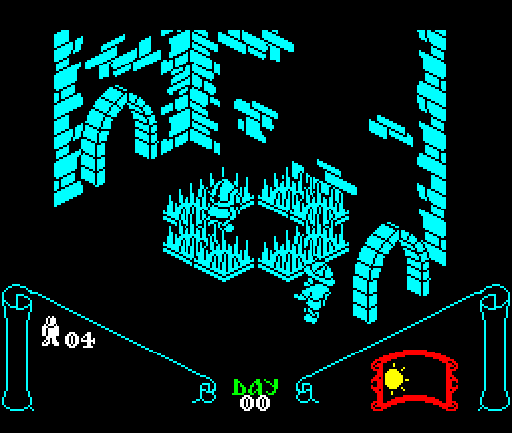