The opening to Legend of Mana might be the single most achingly beautiful sequence ever to appear in a video game. Square was pretty much the master of amazing intros throughout the 90s -- from the Red Wings prelude of Final Fantasy IV to Vagrant Story?s slightly interactive cinematic prologue to the gut-punchingly amazing trailer to Chrono Cross -- but Manas beginning stood apart even among giants. Uncharacteristically for Square, Manas amazing start wasnt a matter of visual prowess or interesting narrative; the CG movie was mostly a bunch of static, hand-drawn objects being twisted and rotated, something any teen today could slap together in an afternoon of dicking around with AfterEffects. Story-wise, all it really did was set up the premise of the game, abstractly representing the way in which the world of FaDiel had been broken apart and trapped in a series of magical artifacts that needed to be rediscovered and unlocked.

No, what made Manas opening movie so powerful is the song its set to. Yoko Shimomuras Song of Mana is an amazing piece of music, an ethereal pop delicacy accompanied by a heartbreakingly earnest vocal performance in Swedish, of all things. This unexpected choice of language fits the tune perfectly, as the lilting cadence of the Swedish lyrics fills the performance with a sense hope and longing. The Mana series has always possessed an earthy character, full of verdant life and a hint of exoticism, and Song of Mana embodies these traits and everything thats wonderful about the series. 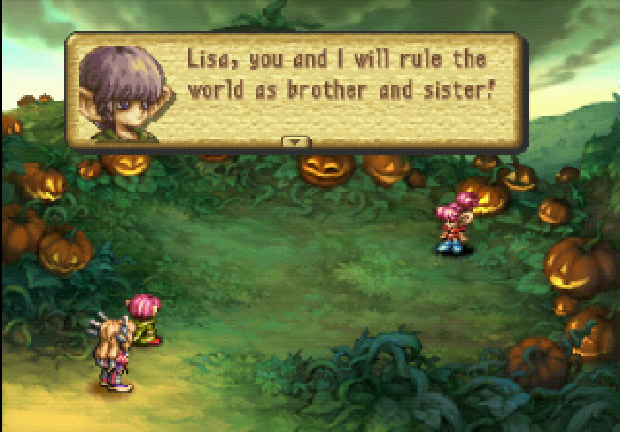 For those three minutes, Legend of Mana is a game filled with emotion and majesty. Its prelude speaks of wonderment and adventure. It says, This game will be amazing. It makes you want to play -- not because youre impatiently waiting through an interminable cutscene, but because of the promise inherent in that glorious melody.

Then the game begins, and its nothing at all like you expect. Which was a problem.

The thing about Legend of Mana, you see, is that it was all about expectations. It was a symbol of hope for the future after five years of pent-up frustration among Secret of Mana fans. After Seiken Densetsu 3 didnt make its way to the U.S., seemingly replaced by Secret of Evermore (which was hardly embraced with open arms), Legend of Mana was held aloft by Mana fans as the follow-up theyd been waiting for. Its visuals were two-dimensional, crammed with defiant hand-drawn graphics that resembled a storybook come to life -- something the blocky polygons that were en vogue during the PlayStation era couldnt even begin to accomplish. And best of all, it was set for a U.S. release. Finally, fans thought to themselves with relief, Square gets it. 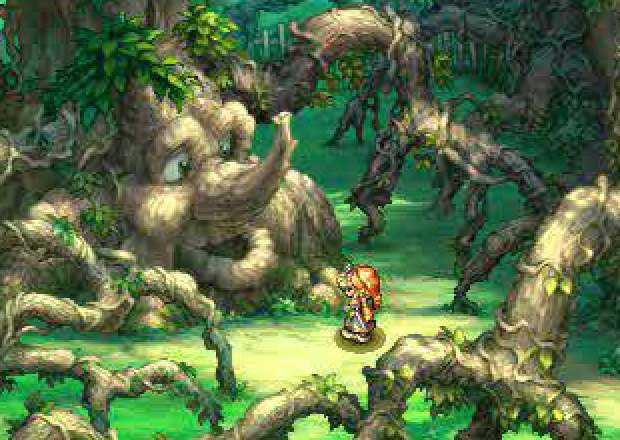 But then the game began, and Legend of Mana wasnt what fans wanted at all. And, much as with Secret of Evermore, it was soundly rejected by many fans; not for what it was, but for what it wasnt. Which is to say, it wasnt simply Secret of Mana magnified in every possible way. No, it was something completely different.

Yet theres charm and brilliance in Legend of Mana. Its a much less concrete game than its predecessors, which set down their roots when Square placed a hybrid graft of Final Fantasy onto The Legend of Zelda. The PlayStation game -- which was very deliberately not sold as Seiken Densetsu 4 in Japan -- takes a wildly different approach to the concept of the action RPG. A more abstract approach, with open-ended mechanics and an emphasis on replays.

The game lacks a primary narrative thread beyond the premise laid down wordlessly in the opening video; the world of FaDiel needs to be restored, and thats what you, the player, do. This is never really explained in any explicit way, though. The game doesnt begin with an explanation of how you happen to have acquired the first mystical artifact that begins the restoration of the world, or why the only place in the world happens to be your home, or why these powerful artifacts appear to be random knick-knacks in the possession of other people in the world that youve begun to restore. Youre never even told explicitly that you need to restore the world. Instead, you uncover various tasks and quests in the course of exploring the lands youre reviving, and eventually you kick off a final mission that leads you on a mission to restore the Mana Tree, after which the end credits roll; the end. There are dozens of other characters whose stories can be resolved along the way, including three major quest lines, but few of these are required outside of the chain of events that reveals the Mana Tree. 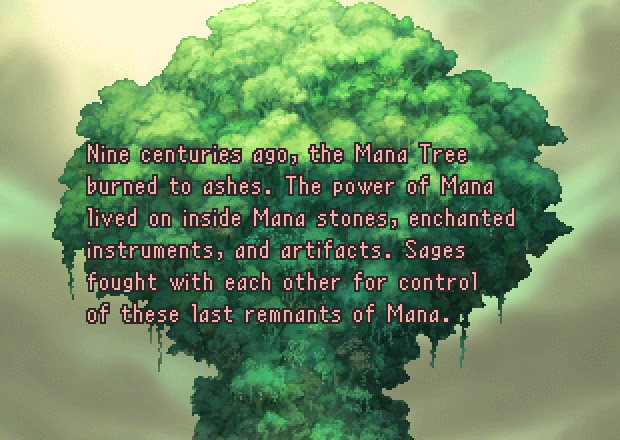 None of this is at all like the previous Mana titles. The earlier games in the series became increasingly complex with each chapter, with Seiken Densetsu 3 offering a degree of narrative flexibility almost unthinkable in a 16-bit game, but they were nevertheless largely linear games, largely plot-driven, and largely built on the standard Square narrative structure -- standard meaning, of course, like their best-selling Final Fantasy games. But if the first three Mana games were Zelda seen through the lens of Final Fantasy, Legend of Mana is Zelda as interpreted by SaGa.

This should hardly be surprising, since Legend of Mana was headed up by none other than SaGa mastermind Akitoshi Kawazu. Unsurprisingly, Kawazu had few compunctions about bringing his love for non-linear progression and intricate-yet-opaque mechanics into the Mana series. At the same time, certain game elements were greatly simplified. Combat, which previously had decidedly resembled a semi-turn-based Zelda game with its forced top-down perspective and four-directional attacks, was simplified to play out in a manner more akin to a beat-em-up. Players could only attack left and right with their physical strikes. Magic became something of a hidden sub-system, present but tucked away and frankly not necessary for completing the game on its default difficulty setting. The series trademark multiplayer element was greatly compromised, with the lone hero accompanied by a motley assortment of companion characters, all of whom were available inconsistently and only one at a time. 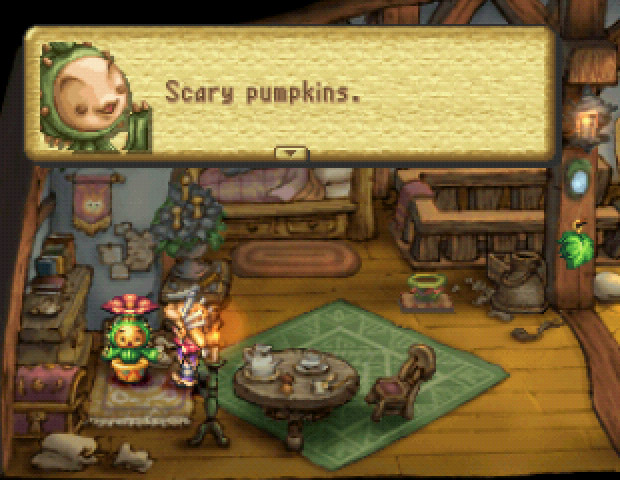 This simplified (and largely solo) combat was augmented by a bevy of supplementary mechanics. Unhappy with the way your allies would drop in and out for each quest? You could make your own by capturing and raising pets, allowing you to venture into battle with an iconic creature by your side -- anything from rabites to chocobos. If you preferred something less squishy than a chobin hood, you could instead opt to create a powerful golem companion. You could forge advanced weapons, grow special plants to cultivate rare items, and explore the limits of magic and alchemy.

The thing is, though, all of these elements of the game were almost superfluous. Some, like golems, were so optional that you could easily complete the game without ever coming across the quest chain that unlocked them. Legend of Mana offered incredible potential for obsessive-compulsive play, but did so in a way that seemed almost incidental to the core game, which was broken into simple pieces full of streamlined combat and tiny fragments of story at best.

The mix didnt sit well with most series fans, who dearly loved Secret of Mana and pined for nothing more than another game that basically played like that, but with better graphics and music (and, perhaps, with fewer glitches). Instead, they got something that played more like River City Ransom in search of a plotline. Few reviewers appreciated the game for what it was, and most gamers followed suit. 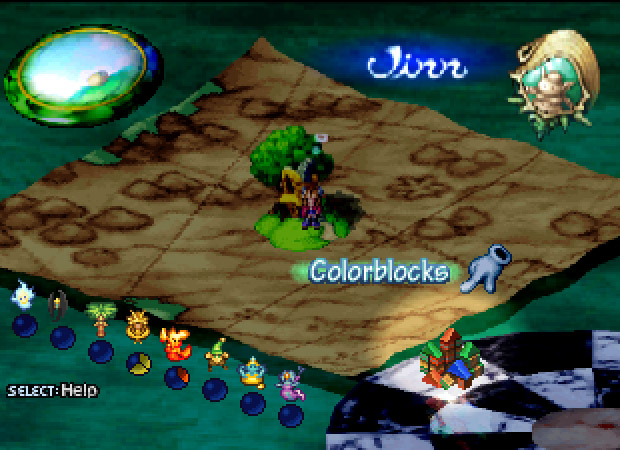 Legend of Mana represented something unusual ten years ago: a free-form console RPG designed to be explored entirely at the players leisure. The mid-80s triple threat of Dragon Quest, Phantasy Star?, and Final Fantasy had codified the console RPG into a highly focused quest with a strong narrative thrust whose additional, extraneous content was relegated to the wings. Sure, Final Fantasy IV had super-bosses and ultimate weapons, but they were a mere side path from the wide, uncomplicated road to the ending. More open-ended console RPGs certainly existed, but few made it to the U.S., and those that did were a niche within a niche. SaGa Frontier had been treated as an aberration, since there was no direct precedent for it in the American library (the Romancing SaGa trilogy having been stranded in Japan and the Makaitoshi SaGa games having been renamed Final Fantasy Legend). But Legend of Mana -- well, that was harder to ignore. It was gorgeous, sounded amazing, and had a direct antecedent in the form of Secret of Mana.

I cant help but think that Legend of Mana fell victim to simply being the wrong game at the wrong time. Console RPG fans just werent accustomed to its play style, at least not in the west. The game would likely have much better luck today, as the boundaries between console, computer, western, and Japanese RPGs continue to blur and crumble. Granted, the big-eyed storybook art style probably wouldnt sit well with gamers accustomed to the uniform griminess of a modern Fallout or Elder Scrolls adventure, but the mechanics would definitely click far better. Even gamers who prefer to avoid western-developed RPGs would find Legend of Mana more approachable thanks to all the quest-based games that followed in its wake, from Arc the Lad III to Final Fantasy Tactics Advance on down even to the likes of Etrian Odyssey and Dragon Quest IX?. The things that made Legend of Mana so unusual and alienating a decade ago are commonplace today -- and theyre rarely presented with as much polish and beauty as they were here. 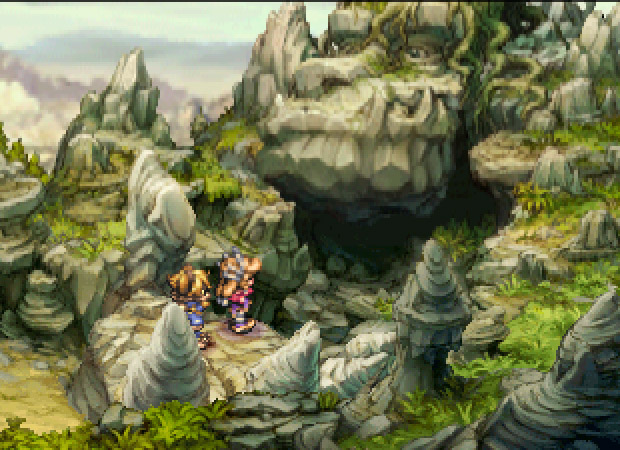 There was an extraordinary amount of depth beneath Legend of Manas surface for those who could look beyond the surface and their own expectations. The game was literally about building a world, as the player reconstructed FaDiel by restoring lands trapped in mystic artifacts, but the world-building happened on a more figurative level as well. Each quest was essentially a story vignette, and while many were completely incidental or downright ridiculous (see also: the dudbears), many were quietly touching. The lengthy Jumi quest in particular built to an emotionally powerful climax that remains a fan-favorite moment, frequently cited alongside Anju and Kafei from Majoras Mask as an example of gamings most moving incidental tales.

Additionally, the games numerous oblique mechanics and feature-rich New Game Plus mode make it a technical players dream. Few could possibly hope to see the full extent of the game the first time through, but by repeatedly playing the quests everything would eventually be revealed. And it was possible to crank up the difficulty for subsequent plays as well, adding not merely purpose to Legend of Manas seemingly superfluous mechanics but genuine need.

In short, Legend of Mana is the sort of game that gives back exactly what players are willing to invest into it. Its little wonder that Akitoshi Kawazu has so many entries on this list of underappreciated games; his entire design aesthetic seems to revolve around rewarding those who make a genuine effort to explore what he has to offer. The problem is that hes not too good at making his works inviting. Sure, Legend of Mana (like, say, Unlimited Saga) is beautiful and has soaringly magnificent music, but it drops players into the middle of a completely unique situation with no preamble, explanation, or effort to ease them in. Work is its own reward seems like an awfully callow premise to build a career around... but when the rewards are as rich as those offered by Legend of Mana, its difficult to complain too loudly. 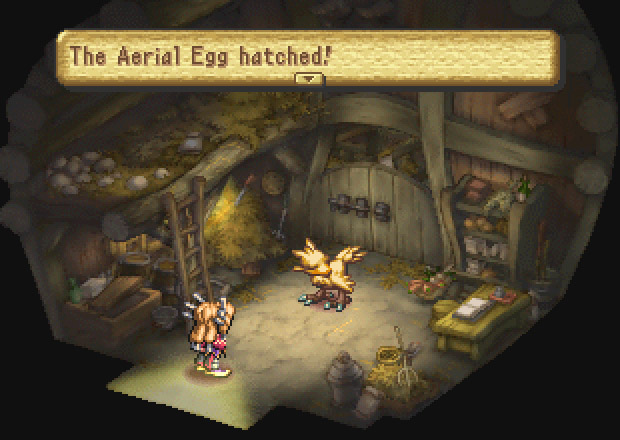