Note: This article was incorrectly attributed to Michael Ayles in the print edition. Sorry, Rene!

Does cost matter when enjoying a game? Many would argue that its an outside concern, and when you are talking about a game that was released more than three years ago its pretty much a moot point. Let me tell you this, however; I bought Earth Defense Force 2017 from a video store for $20 ($20!) after looking around for it all day. What would drive one to such extremes to find a budget title on launch (ha!) day? I was a fan of Robot Alchemical Drive on the PS2 and knew the love that was Sandlot. I wasnt prepared for the life-changing event that was about to occur.

To be fair, Earth Defense Force looks like a $20 game. And by that I mean it looks like it was made for about $20. Back when the NES was new many games had that same basic brick graphic that Mario used. I always used to wonder why. It was probably a basic graphic tile that came with some weird bare-bones NES development tool. EDF2017 is a game made up of similar effects. Coming fresh off the PS2 boat the game had good graphics; it was HD, it had tons of objects running around on screen, and it had that impressive chrome texture that I seemed to be in every 360 title. But after getting over the HD mega shock!, you could see how crummy and thrown-together the game was. It was no Gears of War?, thats for sure. Those chrome surfaces and various concrete and stone textures seem to be much like those NES bricks, an out-of-the-box effect. Character models were also very poor. The player characters torso swivels like theres an office chair sitting on his waist. The giant ants and various other space bugs you battle against look like theyre made of rubber. You can destroy the environment, but you run around the same city over and over. When you shoot a tree with a rocket, it doesnt explode but rather flies off the earth in one solid piece. There is no level design to speak of, just a few open squares of city or countryside environments, and a few low-draw-distance underground lairs for good measure.

The games cheapness was extended to one more transgression, one that should never be committed in the era of PSN and XBL: no online. It was ludicrous that a game would arrive in 2007 and feature only split-screen local co-op. It was a travesty, to be sure. I didnt even look on the box to double check! I just assumed. 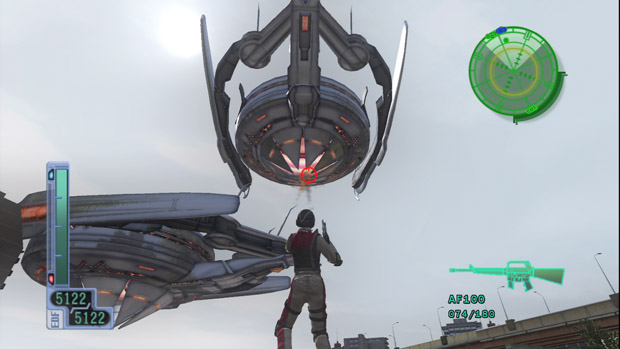 Poor production values, no online -- what do you expect? It was $20. They cant give you the world, so just shut up and take it. The thing is, though, this game is actually completely amazing. The world is being invaded by UFOs that spew giant bugs and robots. Also, theres a giant AT-AT walker thing, and a Godzilla monster, and a giant disco ball Death Star thing. Its pretty cool. That crappy-looking city mentioned above? The general crappiness is mitigated by the fact that it is all 100% destructible. This is important. You need to destroy the enemys hiding places and cover. More important still is the need to destroy the city; to stamp it out completely. Why? Because its funny. Remember that tree? Its fun to watch the unnatural way everything acts. Its fun to destroy a building your friend took eight minutes to climb up on top of, purely out of spite. Run into a group of ants using a missile launcher and see them flung around in every direction. Shoot a giant spider about to descend on you from an enormous jump with a high powered shotgun. Watch it fly hundreds of feet in the air. High fives will rightly ensue. Great job out there, ensign! Youve earned it, buddy!

Speaking of weaponry; you could literally play this game for hundreds of hours just to collect the hundreds of weapons available. Higher difficulty settings offer better and rarer weapons, but you arent likely to survive unless you start on one of the easier settings, as enemies drop permanent health upgrades. You may find yourself grinding for weapons and health. 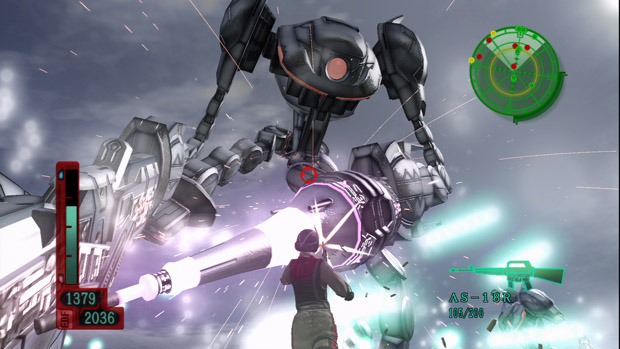 If this sounds boring, then youre doing it wrong. Have some friends over, you sullen loser. Shotgun some beers. Eat the deep-fried cornmeal snack of your choosing (as of this writing, I recommend Cheetos Puffs). Pass the greasy, sodden orange-finger-printed controllers (less visible on black Elite model controllers) around between stages. Have a lark at the sweet voice acting (EDF! EDF!, Leave it to me buddy!, Do you like death? Then DIE!!), share manly moments of genuine non-ironic glee when you decimate a tower for no purpose whatsoever, laugh gregariously when you send that freakin tree into the stratosphere, and if any of your friends are longhairs, hold their hair back for them when they puke in your bathtub.

Thats what pals are for. 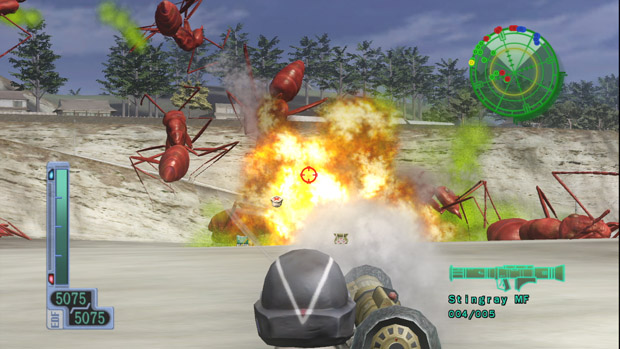 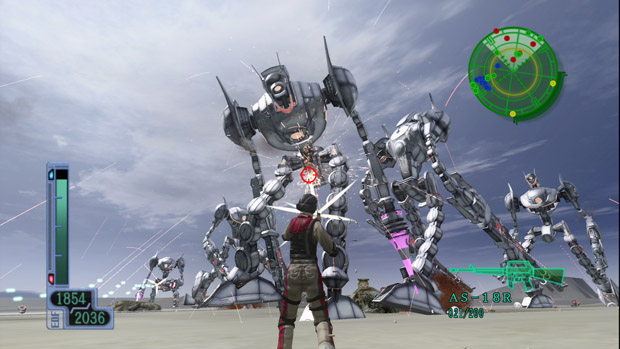