When PaRappa the Rapper came out in 1997, it was a groundbreaking moment in gaming history. Beyond its quirky art style and catchy music, it effectively created the modern rhythm and music game genre, ultimately giving rise to Beatmania, Rock Band and everything in between. It used a call-and-response-style system and the greatest raps about baking cakes with seafood ever written.

That said, PaRappa was a pretty terrible game. If you played it to make it sound good, you were marked down, and tended to lose stagesbut if you played to win, the game sounded like incomprehensible gibberish, because of the nature of the sound clips, the timing, and the way the game kept score. Ultimately, when people remember that game, its for the visuals and music, and not for the mechanics.

NanaOn-Sha corrected this mistake in the spin off sequel UmJammer Lammy, and it made all the difference in the world. By changing the focus from rapping to guitar chords, the quick button presses made the player sound like they were improvising a solo rather than stuttering like a man freezing in a blizzard. Lammy had all the charm and heart of PaRappa, and introduced a new cast of equally charming characters, and took the concept of the original and turned it into an enduring classic.

But even more than the change to guitar, Lammy featured one other new gameplay mode that jumped it from merely interesting into full-blown awesome: Co-op play, and in multiple variations at that. Lammy and her evil rival Rammy (yes, an L/R dichotomy even in Japanese!) trade passages of the songs back and forth,which in the hands of experienced players leads to a fantastic improvisational score. And once you pass through that, PaRappa himself comes back as an entirely new set of remixes, which can also be played co-op, with rapping and guitarwork alternating in rhythm.

Theres just something about Lammy -- her charm, her cluelessness, her rocking guitar -- and it makes her titular game just out as one of the best of the genre. Yes, it looks like a cheaply made Flash game when viewed today, but without PaRappa or Lammy, gamers would not have Guitaroo Man, or Amplitude, or Patapon, or Rock Band, and the world would be poorer indeed. 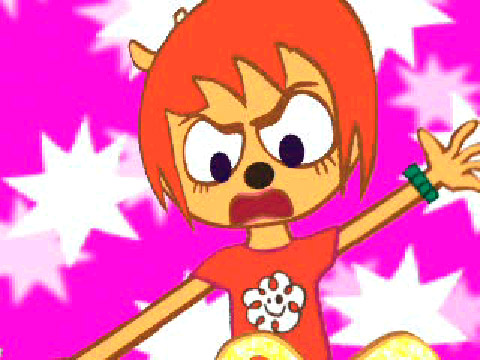 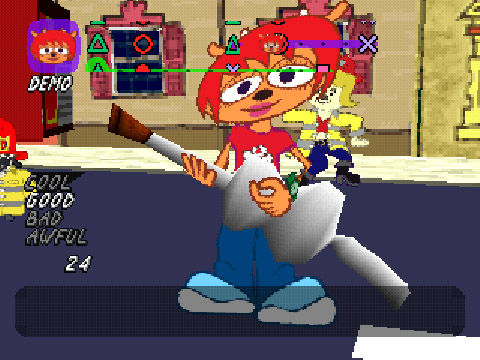