The first two Final Fantasy Legend games form the first memories many Americans have of RPG mechanics that deviated from the norm. This is because the games were actually the beginning of the SaGa series with the Final Fantasy name slapped on. Obviously, this was done to sell the games to those already obsessed with the Final Fantasy series, even going so far as to rerelease the games through Sunsoft in the wake of Final Fantasy VIIs success. What fans found when they tried the games out was literal mishmash of different development systems, most of which challenged the popular standard of leveling up through experience points. However, what they didnt find was a Final Fantasy game. There was an overarching story in both of the games, but it was just an excuse for the games segmented structure. The development team was more concerned with creating interesting mechanics than applying visual polish or attempting to tell a complex story, which made one wonder what a true Final Fantasy game built with SaGa-like mechanics would play like.

Final Fantasy II would be the obvious answer to this hypothetical query. After all, it was developed at least in part by Akitoshi Kawazu, the mad genius behind the SaGa games. And it fit within the Final Fantasy series, even going so far as to set the narrative tone for all the games that would follow. But unlike the Final Fantasy Legend games, it was a mechanical mess that didnt come together to form a good game. Since then, Final Fantasy has never stopped experimenting with mechanics, but it does so within more familiar frameworks than the SaGa games, slowly but surely expanding the bounds of the genre from within rather than outright breaking them. That is, until Final Fantasy VII placed more emphasis on narrative than ever before, being content to utilize an evolution of a previous iterations mechanics rather than building its own. But any worries that gameplay would remain stagnant faded away once Final Fantasy VIII was released. 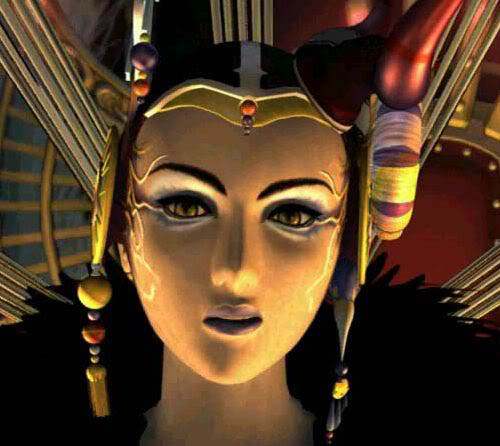 Not that VIII was a slouch story-wise. The central tale, which revolves around the manipulation of superbeings known as Sorceresses, upholds the tradition of anime-inspired narrative that Final Fantasy VII brought into fashion. Even better was the localization, which easily topped the previous iterations translation. No guy are sick in this game. But by far the strongest aspect of the story is the characters and setting, which are forever linked. You have standouts like the bubbly Selphie and the hyperactive Zell, but what ties everyone together is the fact that theyre all students. The opening scenes take place in Balamb Garden, a mercenary school which functions similarly to a normal one. This means classrooms, cafeteria lunches, and school dances. It also means that the shared environment all the characters share enhances their character development, making their personalities easier to swallow than a Mako-infused amnesiac with a bad attitude. But most of all, the school itself becomes its own character, serving as your base of operations and housing many unimportant but memorable NPCs.

But the gameplay is where things get more SaGa-like, especially since the development system is essentially the same as that of the Robot class from Final Fantasy Legend II. Known as the Junction system, it allows you to link magic spells to your stats in order to raise them. But it goes further by requiring that characters junction summons, known here as Guardian Forces, to learn abilities and be able to junction magic to specific stats. In another similarity to the first two Final Fantasy Legend games, magic points do not exist. Instead, spells are treated similarly to inventory items in that you stock individual spells to cast or junction. However, while weapons and abilities are precious resources in the Legend games, here they can be gathered easily all over the place. Players can draw magic from both enemies and regenerating points in the environment. But the real winning source was through refining, which allowed you to convert items into spells in bulk. This was the key to bending the systems to your will, as refining 100 Firagas takes fifteen seconds, whereas drawing 100 Firagas from an enemy might take you at least a half hour. 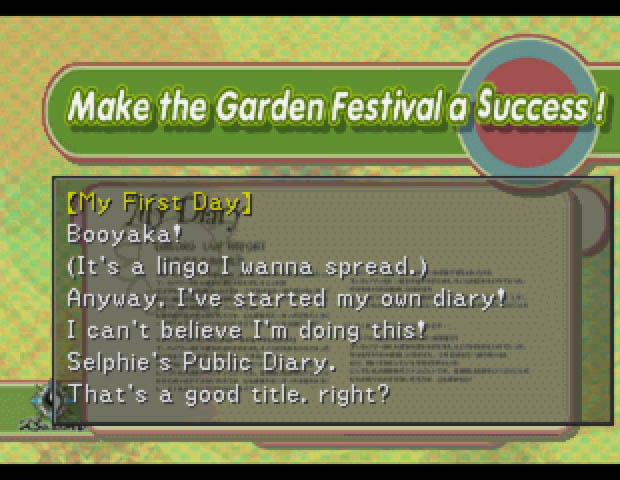 As different and fresh as VIIIs systems are, theyre also the biggest frustration for many series fans. After all, this was a series that was content to change the JRPG genre from the inside and avoid wacky divergences. But most of the criticism comes from the fact that the game can be broken easily, meaning its very easy for the player to bend the systems to his or her will. Refining spells can be done as early as the first mission, meaning you can soon get spells by the hundred. The games way of compensating for the Junction system, leveling enemies along with the player, can be exploited by twisting the algorithm through selective leveling. If you know what youre doing, you can unravel the game to the point where it is a trifle, including the fight with Omega Weapon, the token optional super boss.

However, what many see as a problem is actually one of the games greatest strengths. You can absolutely break Final Fantasy VIII -- even more easily than you could its super-flexible predecessors like V and VI -- but you cant just luck into breaking it, either. In order to successfully manipulate the games systems, you need to fully understand them through noodling around until things begin to make sense, as well as a through command of observing the games weird rules at work. The beauty of this is that you dont need to be a mad genius to accomplish most of the neat broken things in the game. This means that most people will figure much of it out on any given playthrough, a far cry from the number-crunching that goes into most things you would describe as game-breaking. It requires mastery, but it is within the players grasp. 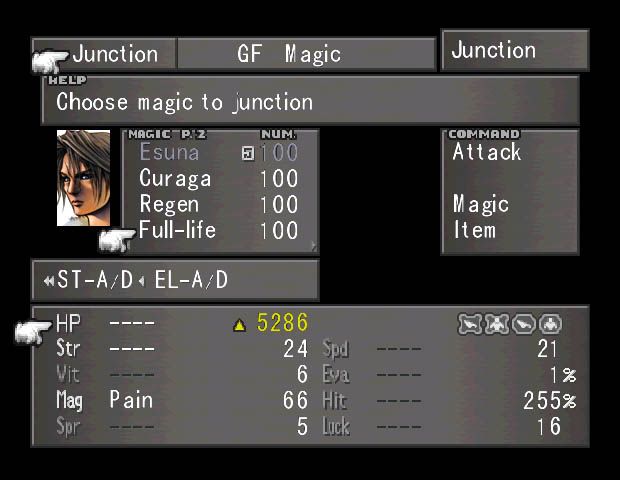 The ultimate culmination of all the strange pieces of this game end up working together better than one would think. The appealing setting and characters are able to smooth over any rough spots in the plot itself. The mastery threshold is reasonable enough for the average player to reach. Even the unusual stat customization ties in with the plot with elegance. And lets not forget Triple Triad, the incredibly fun card game that would be addictive even if it werent merely a mini-game in a larger work. Add to all this the usual Final Fantasy spit-shine and you have one of the most unique titles in the series. But most importantly, all of the elements come together to form a true Final Fantasy game, something the Final Fantasy Legend games never did.

The SaGa series lives to be novel, but never attempts to gain a wide audience, perfectly content to be niche in a publishing family full of blockbusters. This is perfectly acceptable, but it creates a misconception that only the niche can afford to be novel or creative. But while Final Fantasy VIII isnt as willfully wacky as the SaGa games, it proves that creative expressions of the JRPG can come in all packages. Final Fantasy continues to push the envelope to this day, with familiar grumbling cropping up regarding Final Fantasy XII and XIIIs bold structural shakeups. But to this day, VIII stands as Squares shining experiment. It reimagined underpinnings and gave players power over them, expanding future design possibilities beyond the rigid standard. And lets face it: Something with both the moxie of a SaGa game and the muscle of a Final Fantasy is a game that the genre will always need. 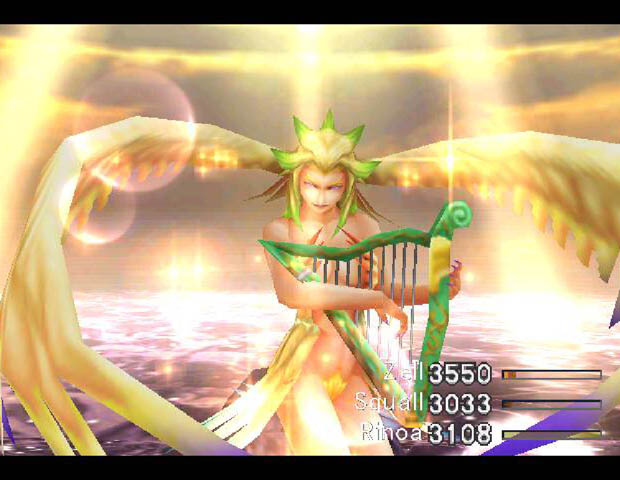 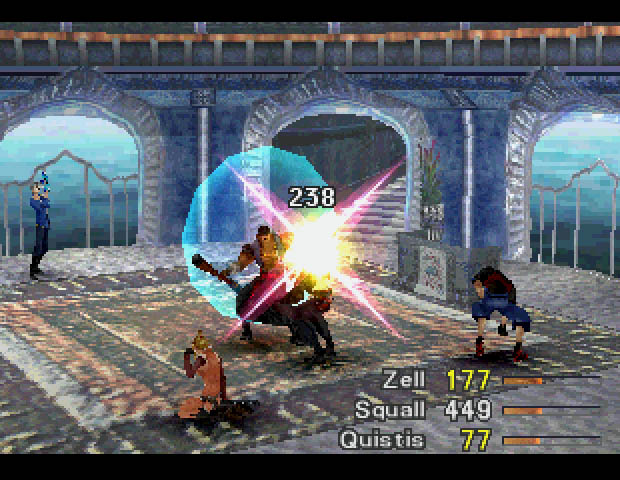