Imagine you have a bag of brownies. Now, maybe these arent the most delicious brownies in the world. They werent baked from scratch with grandmothers love. Perhaps they were given life in a sterile baking facility; a tiny portion of a mass-production thats summarily packed up and shipped out to the grocery store. Nevertheless, these brownies are moist and tasty.

Now pretend your bag of brownies has a few poison needles buried in it, and if you prick yourself while feasting, youll become desperately ill. Congratulations, now you have an idea of what its like to play Mega Man X8.

The Mega Man X series garnered a dedicated following as soon as it spun off from the original Mega Man series in 1993, but Mega Man X8 was destined to be a difficult sell. Mega Man X through X5 are still celebrated as solid 2D platforming experiences that doled out a generous side-scrolling fix while the rest of the world drooled over the growing presence of 3D titles. But then Capcom cut open the golden goose and gave us Mega Man X6 for the PlayStation, a buggy abomination that was near-unplayable. Mega Man X7 for PlayStation 2 tried hard, but its jarring mix of 2D and 3D action likewise earned it an express trip to the discount bin.

However, the first trailer for Mega Man X8, which was unveiled at E3 2004, carried the promise of redemption. The game would play entirely in 2D. No more messing around with bastard half-breed genres; X was going back to the plane on which he was born. The characters had gone through dramatic re-designs and trimmed their old-school anime bulk (particularly Zeros famous ponytail). Adding to the trailers mystery was a declaration from a shadowy figure who declared that Sigma was gonefor good. Given the Maverick leaders decline from a formidable foe to a literal shambling joke, the promise was intriguing. 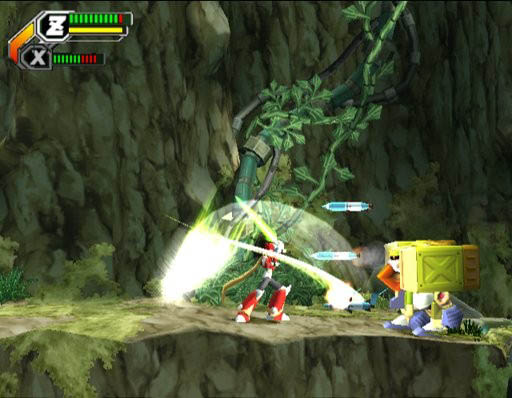 The final product saw release for the PlayStation 2 at the tail-end of 2004, and carried a sub-title: Paradise Lost. Paradise Lost is an epic 17th century poem penned by English writer John Milton. The poem documents Lucifers rebellion against God, his subsequent fall from Heaven, and Adam and Eves expulsion from Eden. Given that Mega Man X8s story is centered around mankinds exodus from the sickly planet Earth to a base on the Moon, its possible that the games writers put a lot of thought into the metaphor. Or, more likely, someone at Capcom just thought the words Paradise Lost sounded really cool tacked on to the games title.

That was X8 in a nutshell: A jumble of intriguing ideas, dialogue, and plot twists that were as subtle as the orbital elevator mankind built in-game to colonize the moon. The tower, named Jakob, was overseen by a new generation Reploid named Lumine. Lumines soft voice contrasted with his sharp eyes, immediately letting the player in on the fact this Reploid was trouble. Of course, that didnt stop X, Zero, and Axl from winding slowly through the gameincluding another confrontation with Hunter-turned-maniac Vilebefore saying, You know what, that Lumine chap just might be up to the dickens.

Therein lay a major problem with X8: You had to play it. We return to the metaphor of the brownies laced with poison needles. Most of X8s stages were a romp, if a little uninspired. Navigating Gravity Antonions stage required fiddling with gravity and shifting the background. Burn Roosters stage involved descending deep into the core of a volcanoand then running like hell when said volcano started backing up. Optic Sunflowers stage was particularly interesting, as it was a Hunter training facility. The rank the Hunters attained in test missions determined their path. 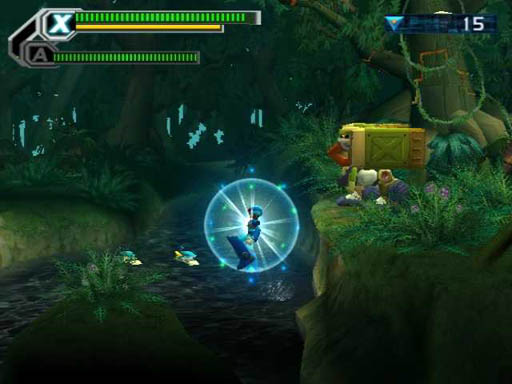 But X8s over-reliance on stage gimmicks backfired in two notable examples. First was Avalanche Yetis icebound bike stage, born of Capcoms erroneous assumption that we fell in love with auto-scrolling bike mayhem in Mega Man X4. Second was Gigabolt Man-O-Wars horrible, no-good, very bad shooting stage. It was another ill-conceived, auto-scrolling kick to the head that involved chasing down the stages boss on a flying bike and whittling down his energy with plasma shots. The stage bordered on unplayable because the bike lacked targeting, let alone anything like lock-on. Moreover, the slowdown was horrendous, and Man-O-War would gladly slide out of range while you slogged through the traffic.

Needless to say, you couldnt skip Man-O-Wars stage because Mega Man Games Do Not Work That Way. If the Hunters didnt tuck his jiggly hide under their belts, they couldnt gain access to the final showdowns with Sigma and Lumine (who, as it happens, was in fact up to the dickens). Its a shame, because X8s visit with Sigma was an interesting one: After enduring toothless showdowns with the former leader of the Hunters for at least two games, the jet-black devil-horned Belial Sigma made quite an imposing figure.

Its unfortunate that X8 suffered for its few bad ideas, because it was still full of good ones. Traditional lives were done away with and replaced with a tag system reminiscent of Capcoms tag-team fighting games: Two out of the three available Hunters could head into the fray, then tag out and recover if health got low. You could also charge up a devastating two-man attack that was more than a little inspired by The Matrix, but was capable of felling a boss if a fight was going badly. 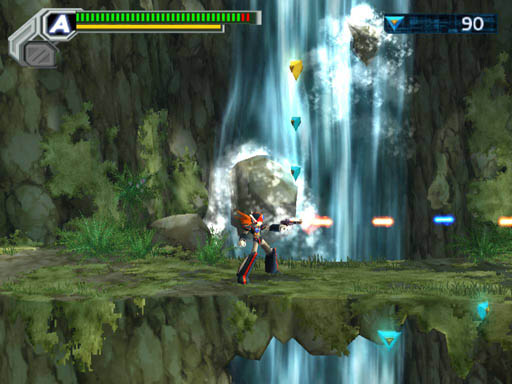 There was also a difficulty option that yielded different rewards depending on how brave you were. Finishing a game on easy was, as its name suggests, easy enough, but instead of an ending, you received a brief anime cutscene of Lumine approaching Sigmas felled body and grinning up at the Hunters. Nothing like an obvious villain, but its hard to resist notching up the challenge level to access the real endgame. X8s difficulty was also adjustable according to how many power-ups you wanted to develop in the games weapons lab. R&D required money, of course, which was dropped liberally by enemies. With a little grinding, you could own the coolest Reploid on the block. Or you could just take a moment to milk a currency exploit bug that maxed out your cash and let you buy out the world and Sigmas dignity.

Finally, finishing the game on a setting aside from piddly also gave you access to the female navigatorsAlia and newcomers Layer and Paletteas playable Hunters. It wouldnt alter the story in any dramatic way, but it was a nice infusion of Girl Power before Splash Woman speared our hearts years later.

Mega Man X8 can ultimately be described as a confused being that means well. When Capcom finally gets around to laying the groundwork for X9, X8 should provide a good guideline: more female Hunters, more Hunter customization options, less sea life. 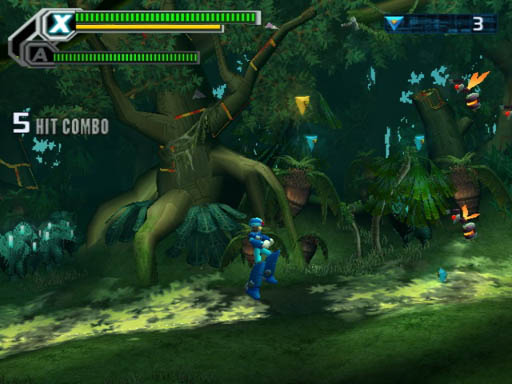 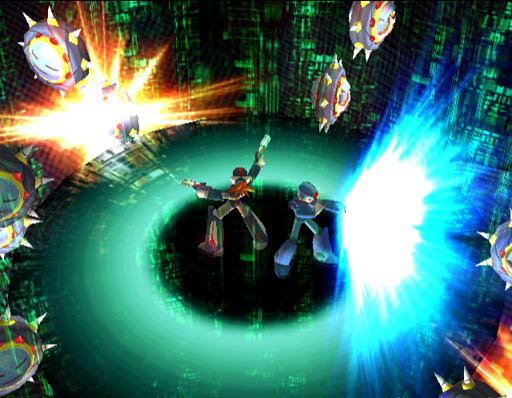