Sting games are a wonder. The idea that JRPGs have become creatively bankrupt is a pervasive one, and not without some justification. As more and more RPGs make their way west, more and more westerners discover how samey they tend to be. Yet Stings Dept. Heaven series rebels against all the Tales of and Atelier Irises of the world, and in doing so proves that the JRPG slump is simply a lack of perspective. The three Dept. Heaven games are wildly different from anything else on the market as theya re from one another. Consider Riviera: The Promised Land, the first Dept. Heaven release. Alone it shatters the cannon of JRPG gameplay clichés. Random battles? No. Fight-fight-heal? Not once. Stockpiles of useless items? Brother, are you in for a surprise.

Riviera is a masterpiece of limitation. At every turn, the game restricts your options to just a few choices. At first, this may seem simplistic and needlessly constrictive. I know that I was initially completely baffled by the game. It took me a few restarts to warm up to it, but when things started coming together I saw the beautiful balance that Riviera maintains. I discovered that by limiting choice, the game makes its outcome much more meaningful. In a typical RPG, attacking is the base actionsomething to do when not busy with something more excitingand so repetitive that it almost loses meaning. Choosing to attack is like breathing; it keeps you alive, but its never exciting. In Riviera, each attack is a choice that not only defines the flow of the battle, but character growth and exploration as well, and these in turn define the nature of your attacks.

The Dept. Heaven games are most easily described as genre mash-ups. Yggdra Union is tactical war strategy mixed with a collectable card game, and Knights in the Nightmare presumes to combine a turn-based strategy RPG with a bullet-hell shooter, of all things. Riviera itself is role playing game meets visual novel. You navigate your party though a series of static screens by selecting from a list of potential actions. These actions range from moving to a new area to opening chests to examining interesting bits of scenery. Sometimes an action will cause a battle to occur. Sometimes actions are free, but the majority of them cost Trigger Points (TP). The problem is, unless youve been playing spectacularly, youre only ever going to have four or five Trigger Points on hand, and often less than that. This puts a serious crimp on exploration. Maybe you should spend a point to open that chest over there, but it might just hold another lame rosary that you dont need. Or you could spend a point and search that un-assuming pile of rocks. They could be hiding an awesome unique sword, or maybe theyre just rocks. They only way to find out is to pay up.

Trigger Points are earned by doing well in battle. The more quickly and spectacularly you defeat baddies the more TP you earn. That there are no unlimited random battles means that each encounter has to be approached with care. Youre not going to get a second chance to score those TPs. One way to get high battle ranks is to use overdrives: powerful attacks gained when an item is leveled fully. Each time a character uses an item with which they have an affinity, they fill up its experience gage by one. Some items only require a few uses to level them, others a whole slew. Not only does leveling items unlock their overdrives, it also grants the character permanent stat increases. Characters dont level up by earning experience at the end of battles like in most RPGs. Leveling items is the only way to make your characters stronger. 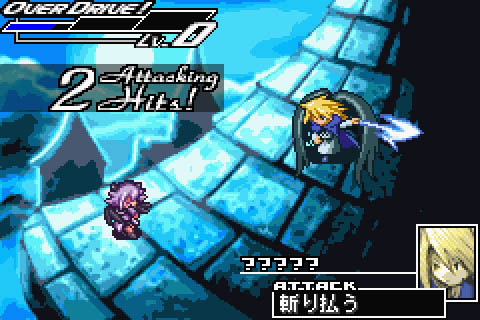 Confused yet? Theres more: At the start of each battle, you select which four items each character takes with them to the fight. This includes weapons, armor, healing items, and any miscellaneous status modifiers. To attack, use the weapon you brought; to defend, use the armor. Theres no equipping gear here. Essentially, you are building your characters move sets at the start of each battle. So its smart to have a wide range of items to choose from. This is where Riviera is truly devious, and its the main sticking point for a lot of players. Youre only allowed an inventory of 16 items. This limit is quickly reached within the first few minutes of gameplay. So even if you spent your TP wisely and found a great weapon, youre going to have to make a choice to keep it or leave it be. And if you do choose to keep it, what are you going to discard in exchange? Again, the choice you make here will determine your options in battle and how your characters grow. Furthermore, items have a limited number of uses before breaking, so youre always under pressure to find replacements.

Simply put, growth and progress in Riviera are determined by items which help you do well in battle, which gives you more options to find better items that help you do better in battle. The systems so taut you can bounce a quarter off of it. Because youre so limited by how much stuff you can carry, how fast it breaks, when you use it, who you use it with, and what you can do to get more of it, each little choice becomes monumental... and rewarding. Completionists are going to have a hell of a time here. Theres no way youll have enough TP to explore every nook and cranny, find all the items, or even hold onto the ones you do locate. But players who can get past their natural inclination to go for every chest and hoard every little potion and antidote will find a game that is immensely rewarding and hopelessly addicting. 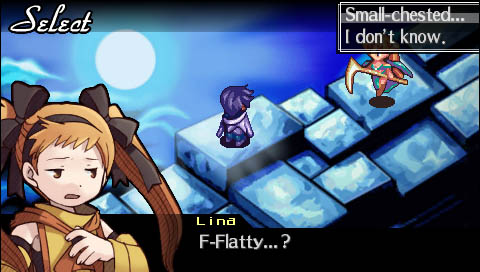 However, Riviera does have a failing: practice mode. The developers, perhaps aware that the game would be far too limiting for some players, put in a way to essentially cheat. At any time you can choose to enter a practice fight. Here, you can train without the fear of death or items breaking. However, items used in practice still level up and unlock overdrives. So its possible to grind stats and items without having to worry about losing them. Tempting though it is, practice mode is the path of tedium. Its just like walking in circles in traditional RPGs, but made worse by the fact that you cant lose. Because theres no threat of death, all youre doing is fighting the same boring battles over and over to watch numbers go up: the very criticism cited when the genre is at its worst. And if you do put in the hours to level every item, youll be so overly strong by the time you get to the real fights that they wont present even a minimal challenge. Practice mode breaks the game and does so in the most monotonous way possible. Smart players will avoid practice mode at any cost, and accept that, hey, on any journey some swords are just going to break.

Granted, Riviera and the other Dept. Heaven games arent for everyone. They dont pretend to fall along the same lines as other genre pastiches. They are obtuse and require a significant amount of effort to reach even a base understand of their systems. But theyre all the better for it.

Players jaded on the never-ending flood of Final Fantasy clones and Dragon Quest wannabes will find a lot to admire in Sting games. They are the oasis in the JRPG desert; the cool drink with which you realize things arent so dire after all. 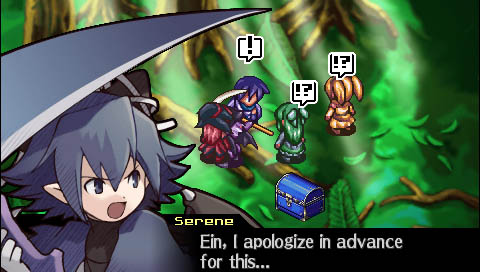 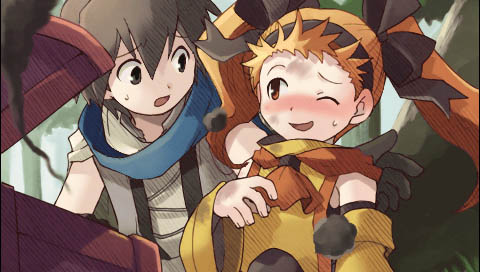 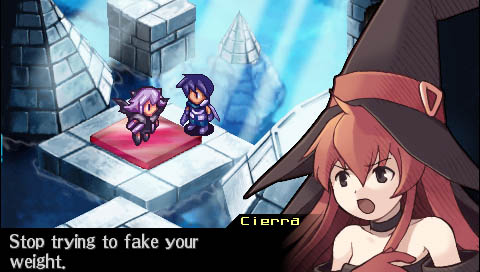