While Grandia was initially heralded as the Saturns answer to Final Fantasy VII, history has proven that Panzer Dragoon Saga is a much closer parallel. Spanning four CDs, young Edges discovery of a mysterious sleeping beauty begins a chain of events which places him in command of his own dragon, and puts him at odds with the ruthless General Crayman.

The world of Panzer Dragoon, initially realized in two rail shooters of years prior, is a uniquely gorgeous post-apocalyptic landscape. Filled with crumbling ruins of fantastical architecture, occupied by monsters curiously attractive in their gruesomeness, its a most entrancing environment, perfectly suitable for an RPG.

But like its forebearers, the ambitious design proved too much for the Saturns lousy video streaming capabilities and shaky polygonal handling, resulting in boxy character graphics and pixellacious textures. But while age has not been kind visually, it absolutely does not undermine its innovative design.

In translating the flying mechanics into a free roaming RPG, it shuffles the setting from boring old mazey dungeons and takes to the skies, through majestic canyons and over expansive seascapes. The battle system, a mish-mash of real-time and turn based elements, requires careful positioning to flank enemies, hide in their blind spots, and exploit their weaknesses, with careful planning to balance your dragons powers. In a modern world where many JRPGs still have parties lining up and taking turns thwacking each other, Panzer Dragoon Sagas progressive fight scenes prove just as important as the day it was released. And while its brevity may be viewed as a liabilityit shouldnt last more than twenty hoursits also a welcome respite from the era of the sluggish, long-winded epics that dominated the 32-bit landscape. The $200 price on the aftermarket is rough, but its an essential experience nonetheless. 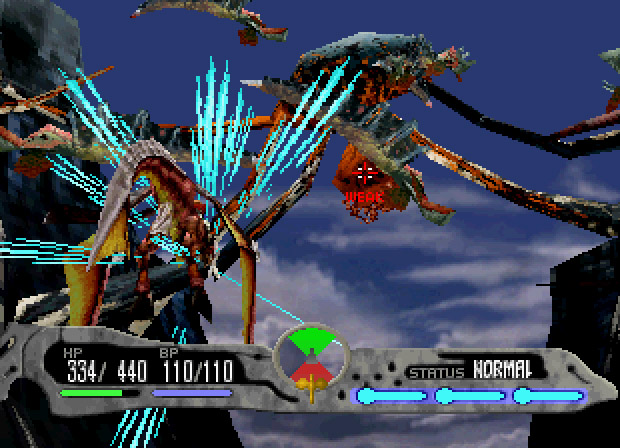 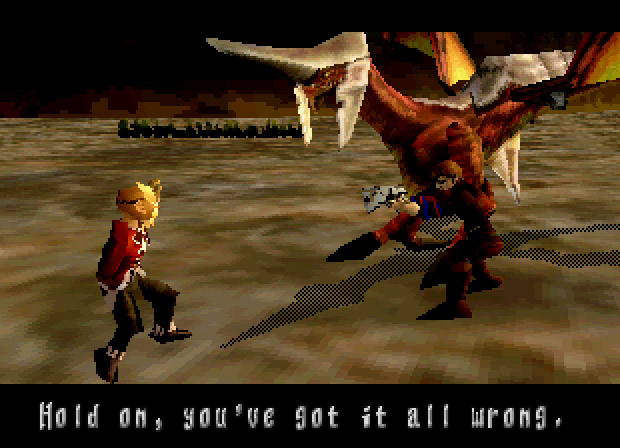