How underrated is Klonoa? The one time I saw it for sale new at Target, I was so indifferent that I asked my girlfriend-at-the-time to choose between it and several other available games for me. Klonoa seemed friendly enough, with his little Pac-Man hat, but Iâd played a lot of platformers. After the NES, the SNES, and a year of PlayStation ownership, it didnât seem like platformers were something I was going to miss at any point.

You think Iâd come to my senses once it became clear I had passed on the final gasp of the age of quality side-scrolling platformers, right? Youâd be wrong. Years later, Klonoa sat on the used rack of the GameStop where I worked for months. I saw it at least three times a day, five days a week, that entire stretch. Not once did I ever consider buying it. It wasnât until the lady from the kiosk outside our store came in to buy it, and I opened up the game cabinet and realized that was literally our only copy that I considered maybe this game Iâd heard a ton about would have been worth playing after all. I expressed this to the lady, and she did the nicest thing one human being has ever done for another: She let me borrow Klonoa before she ever played it herself. I hurried home that afternoon, eager to find out if this really was the lost gem the internet implied it was. It wasnât long into the enemy-inflating, ear-flapping, gibberish-talking quest that I saw the truth at lastâfor the rest of my life I would regret not owning Klonoa. 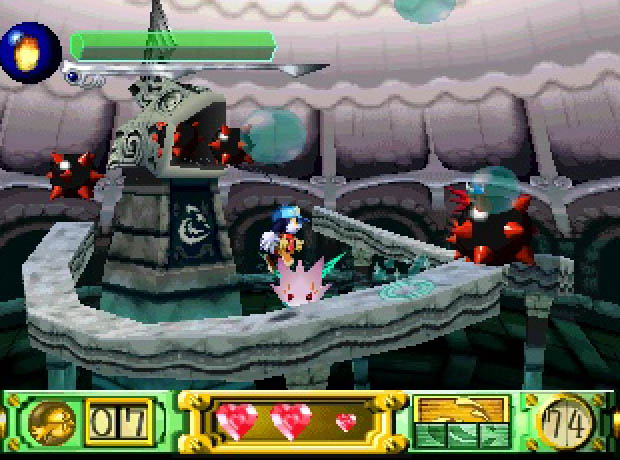 Klonoa is a cat/bunny creature who lives in the land of Phantomile. Like Kirbyâs homeland, Phantomile is a world of dreams. Klonoa has a dear friend, Huepow, who is a wind spirit... thing. They speak a cute gibberish language to each other and the characters they meet, which makes Klonoa a more endearing platform mascot than even Yoshi, who these days sounds like he should maybe focus on high-fiber berries. Huepow is also Klonoaâs main weapon, creating a âwind bulletâ that can inflate enemies, which Klonoa can then use as weapons or as fuel for his double jump. They collect gems for extra lives and to unlock special features, and hostages hidden in each level can be freed to open new areas. Itâs all pretty simple, standard genre stuffâwhich it would be but for the level design built from these simple elements, which is brilliance.

The gaming landscape before PlayStation was platformers. Of course there were many other genres and game types, but when a person pictured video games, more often than not a platformer would spring to mind. Naturally, when everything got all three-dimensional, games wanted to differentiate themselves from the past. Realism, action, and cinematic ambition ruled, and most of the creativity in the game industry focused on new experiences. In contrast, Klonoa stands as an example of where platformers could have ended up if all that creativity focused instead of translating existing ideas into 3D space. Klonoa ran around bosses instead of jumping over them. One levelâs distant vistas became immediately accessible through a change of the camera angle that let you run into the background rather than separating the two areas into different stages. Mundane experiences like sliding down an incline or riding a minecart could be exciting again, with thrilling camera shifts that kept the player in control rather than relegating all spectacle to cutscenes. Even the design itself innovated, eschewing the assumed âfour to five stages in a world, on to the nextâ formula when the plot called for Klonoa to visit a new kingdom before progressing further in his current one -- as if Mario had needed a Sumo Brother to defeat the scowly sun and ducked quickly out of Desert Land to find one. For years, Klonoa seemed like a glimpse into the gameplay advancements of an alternate timeline. 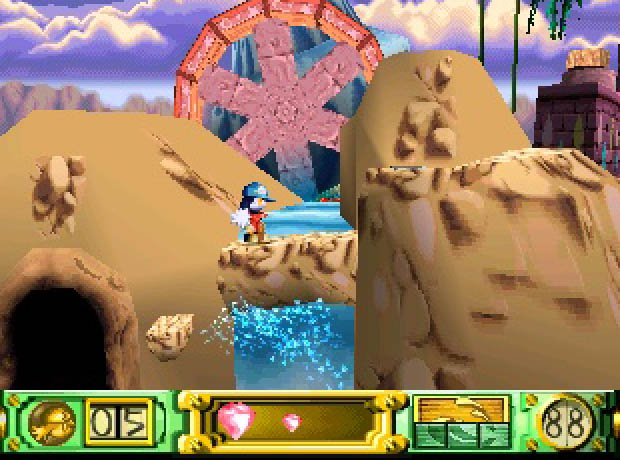 Now that XBLA and PSN have come along with their âmake it look pretty but donât spend money doing itâ philosophies, weâre finally starting to see games cut from Klonoaâs cloth, with weapons and bosses and 2D progression that thinks outside the plane. However, modern downloadables still havenât outdone Klonoaâs plot. A great number of platformers are cute and deal with fluffy concepts like âsave the princessâ. Others take themselves far too seriously. Klonoa, however, manages to tow the fine line between these common extremes. Yeah, Klonoa is cute and endearing, and he talks in gibberish and lives in a colorful fantasy worldâ¦ but thereâs some serious shippu-po going down in Phantomile. Klonoa will scowl and growl more than once during his adventure -- but itâs still not too serious. Itâs a quality seemingly only found in certain Japanese game, an earnestness in the fun cute protagonist that takes heroism dead seriously. I definitely wasnât prepared when Klonoaâs quest developed from the playful adventure of two friends to saving the very fabric of dreams into that ending: an ending I refuse to spoil for anyone ever, that even mentioning that an ending of some import exists feels like spoiling. Nobody told me the cat-thing-game would make me cry.

A little over a year ago, Namco released a Wii-make of Klonoa with far better graphics and presentation, new unlockable stages, and multiple character skins. By all accounts, itâs the rare remake that improves on the original without any sacrifice. They even recorded English (and Japanese) dialogue for people who couldnât stand gibberish, but still included the original voices for people with a soul. Therein, however, lies its single, fatal flaw. The voice setting only takes control once the player is in his game file. So the title screen, a simple little tune punctuated by a chirpy âWahoo!â from our hero, is forever marred by his English voice. How underrated is Klonoa? Enough that something so minor and superficial is a haunting reminder of the biggest mistake Iâve made as a game consumer. 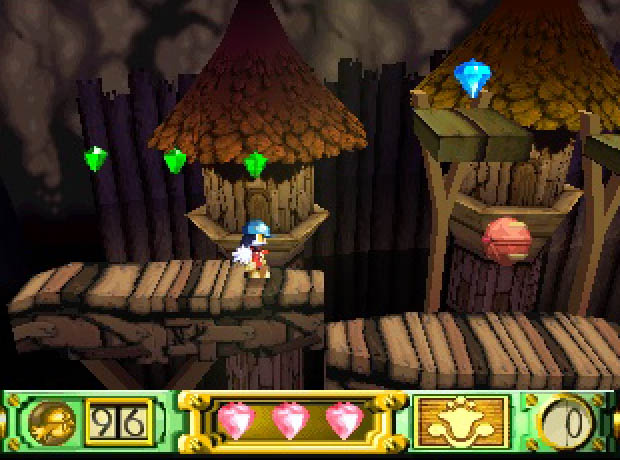 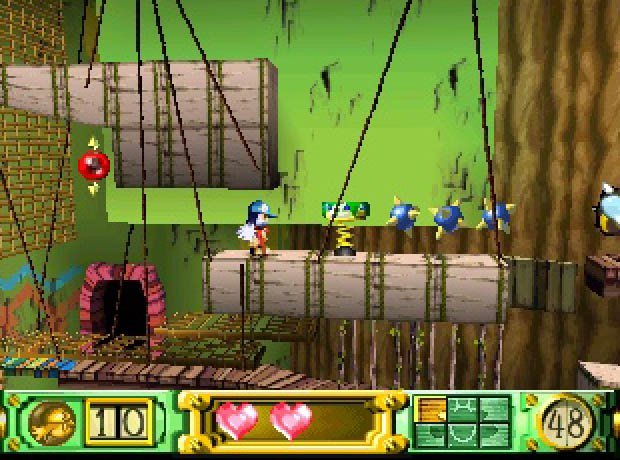