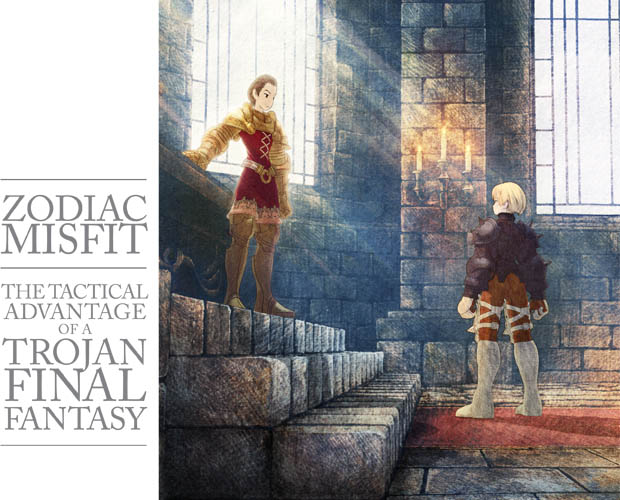 When you think of Final Fantasy, games like Final Fantasy VII usually come to mind: games that combine magic and technology to create a bombastic, anime-inspired experience. Not every game in the series is exactly like VII, but that chapter definitely colored most peoples perception of what the franchise is about. Final Fantasy VIII was certainly a variation on its themes, further cementing VIIs impresion. But VIII was not the first game in the series to follow VIIs release. Rather, that distinction belongs to Final Fantasy Tactics, a game that feels like an utter misfit when compared to the monumental VII... or even the series at large.

This is clear from the minute you start the game. The first battle sees hero Ramza attempting to save a princess from being kidnapped from a monastery. The building itself looks like typical European architecture, with no sign of technology anywhere. Compare this to the church where Cloud and Aerith come to know one another; the wood and stained glass mix with metal pipes jutting out of the walls as a tangible metaphor for the setting of Midgar. The bulk of Tactics avoids technology and limits magic to character abilities, and only each appears sparingly as the game goes on. As a Final Fantasy-branded property, its downright mundane.

This should come as no surprise to anyone familiar with Tactics director Yasumi Matsunos previous work with Ogre Battle and Tactics Ogre; with those games, hed established an art out of making vaguely Western RPGs with opaque mechanics. In a sense, he would seem the last person who should be making a Final Fantasy game -- not because of the poor quality of his work (quite the contrary), but because his vision is so thematically divergent from the core of what Final Fantasy stands for. And the setting isnt the only way they differ, either. Final Fantasy has always been about making semi-experimental RPGs that remain accessible to players of all stripes, whereas games like Ogre Battle cater to a very specific niche of players willing to decipher layers of esoteric gameplay. How could Matsuno possibly hope to make a Final Fantasy product? 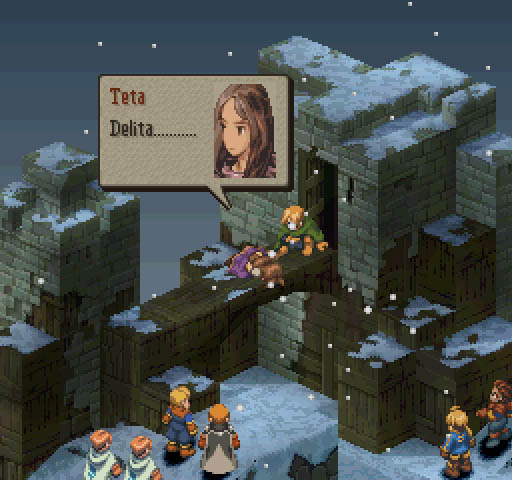 Tactics becomes even more curious when you fast forward into the future and look at his sole mainline Final Fantasy project, Final Fantasy XII. There, you discover that Matsuno did in fact have it in him to create a Final Fantasy game that was true to the series essence. XIIs setting was still Ivalice -- the same kingdom that serves as Tactics backdrop -- but it took place in a time period removed from the Reformation-like setting of Tactics, allowing XII to display its own unique mix of technology and magic, complete with an impressive airship fleet. The systems had Matsunos trademark depth to them, but they were presented in a way that allowed the player to explore as much or as little of them as they wanted. At the same time, this particular brand of depth did away with the obtuse nature of his past games, instead allowing the player to work out their own causal relationships through the Gambit system by building on the already-familiar Final Fantasy paradigms.

But Tactics lacked the themes and familiar gameplay of the Final Fantasy series beyond surface elements, like the requisite spell names. The grid-based battle maps were more reminiscent of Shining Force and, yes, Matsunos own Tactics Ogre. Movement and elevation suddenly became a factor. The maps on which the battles take place features actual level design as opposed to only serving as a pretty background. Exploration was reduced to its absolute minimum, unheard of for a major Final Fantasy product. Experience was handed out for every action instead of at the end of the battle. For the most part, it feels more like a successor to Tactics Ogre itself than anything relating to Final Fantasy. 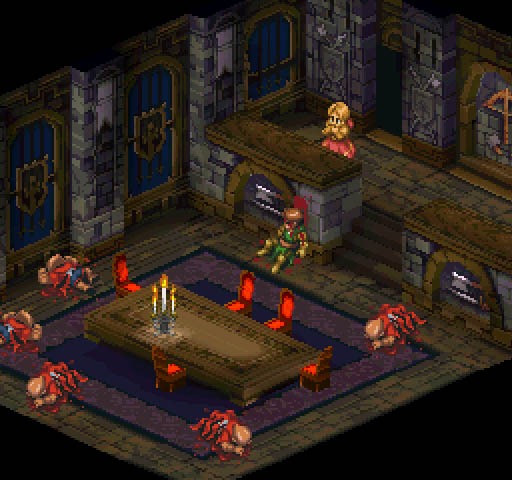 Peel back some of the layers, though, and you begin to see some of the hallmarks of the series subtly influencing the game at large, the most obvious of which is the Job system, an evolution of Final Fantasy Vs mechanics. Here, you can buy abilities using Job Points, creating even more room for character customization than in V, which, frankly, a game like Tactics needs because theres nothing but combat and customization. It works beautifully here, because it becomes two separate games in one as you alternate between battling and customization, which is sometimes more fun than the battles themselves.

In fact, the customization provides the one intangible facet that really is Final Fantasy-esque: accessibility. The opacity of Matsunos previous works is nowhere to be found here, as while character development opportunities are deep and complex, the means by which you customize your characters are completely transparent. The prerequisites to get new jobs arent spelled out for you in advance, but theres a certain logic to how you unlock them that you pick up on after a bit of experimentation. Job Points are distributed to every battle participant in every class present for the fight, so characters can grow in jobs they arent using, opening up passive leveling opportunities. And the battles themselves are simple enough to grasp, yet they provide the building blocks for challenging battles. In essence, Tactics represents Matsuno taking the spirit of Tactics Ogre and applying a layer of Final Fantasy-like accessibility. 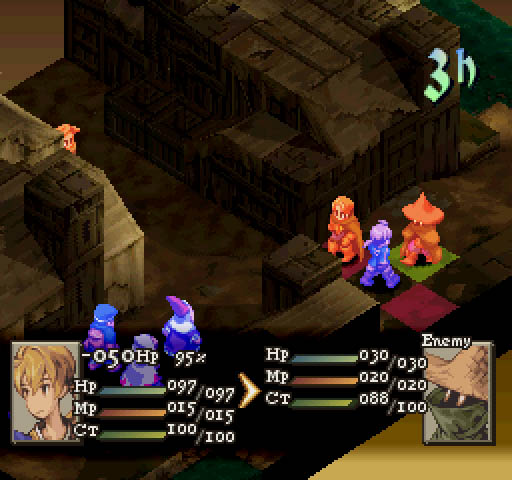 This was problematic for newcomers with expectations calibrated to Final Fantasy VIIs standards. Tactics was seemingly the opposite of VII in every way. They found the setting bland, the political intrigue of the story boring, and the gameplay a prettied-up variant of chess, the most boring game on the planet. On the other hand, the Trojan horse tactic worked wonders for Square, allowing Tactics to enjoy success it wouldnt otherwise have seen. While many quit playing right away, others were introduced to an entirely new type of game. In this light, its difficult to argue against the Trojan horse strategy simply because of the semantics of what a Final Fantasy is.

And lets not forget the fact that Tactics became the base for an entire branch of the Final Fantasy family tree. An entire generation was turned on to the SRPG genre solely because of Final Fantasy Tactics, and in turn a bumper crop of SRPGs exploded onto the scene over the next decade. Naturally, Square wanted to continue riding that particular gravy train. Several Tactics games followed release of FFT, further expanding the genre repertoire of the series. The Tactics Advance series brought tactical roleplaying to your pocket, creating distinct mechanics to set them apart from Tactics itself. And when you take into account all the non-Final Fantasy SRPGs that became successful thanks to the genres newfound popularity, you begin to see how influential the simple branding of the game was. 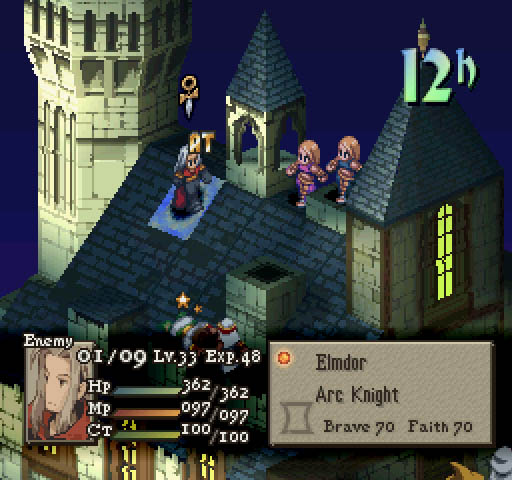 Of course, a successful anomaly is still an anomaly. Future Tactics games would see their stories skew younger, clearly aimed at junior Final Fantasy fans. Even Final Fantasy XII had more in common with the series at large than Tactics. Frustratingly, the only other game to carry on the spirit of Tactics was Vagrant Story?, an Ivalice title notably not branded with the Final Fantasy name. Tactics core values arent incompatible with Final Fantasys, even though theyre different. As much as XII sticks to the Final Fantasy template, its clear that aspects of the game were informed by the same things that informed Tactics. The political intrigue that swirled between Dalmasca, Archadia, and Vayne mirrored the events surrounding The War of the Lions: The focus was more on entire kingdoms and the people who wield their power. These themes didnt really stick going forward, though, and XII thus far has been treated as an evolutionary dead end.

Its hard to deny the impact a simple marketing strategy had. Without the branding, Tactics was still a masterpiece of the PlayStation era that would influence a few dozen developers. And though it had little to do with Final Fantasy, simply calling it that allowed a large audience to experience its rich gameplay. But the fact that Final Fantasy continued down a different route of evolution than the one Tactics was on means it remains a glorious misfit to this day. 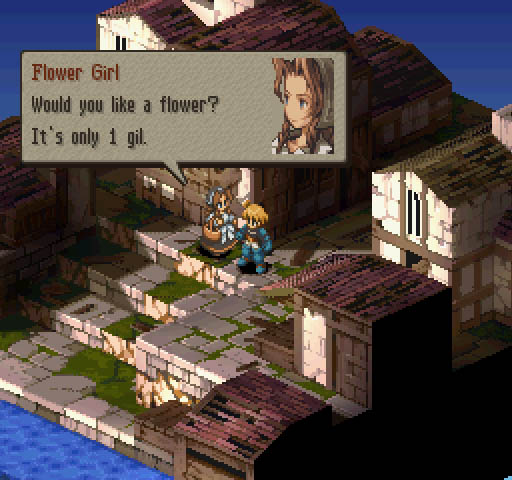