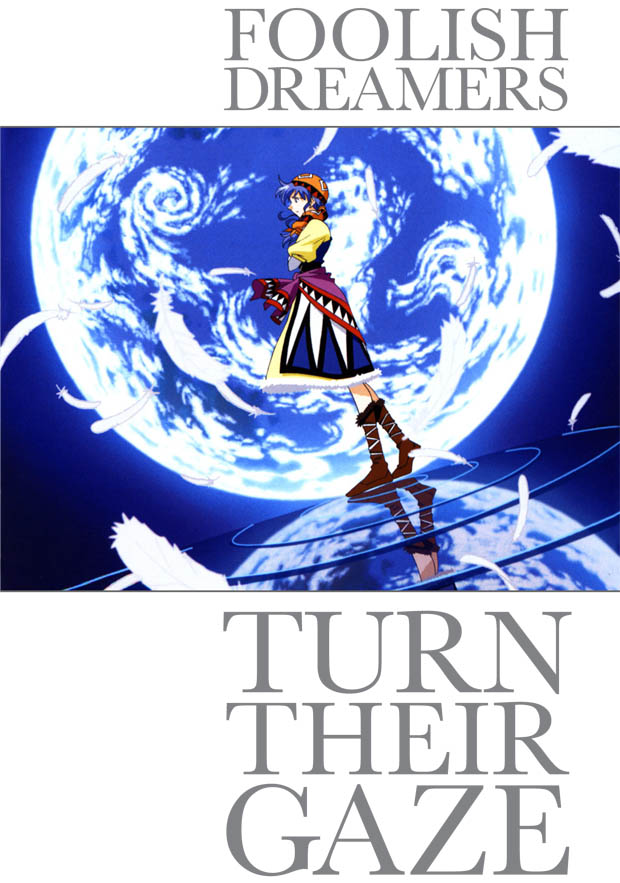 It can be said without any doubt that no other console game has ever been treated with as much dignity as the U.S. PlayStation rereleases of the Lunar series. Strangely enough, these games also serve as exhibits A and B in many peoples cases in arguing that their publisher was a monstrous company who completely butchered everything they touched and deprived Western audiences of the original versions of classic games in the process. This is an apparent contradiction that really needs to be addressed, so lets take a moment to discuss just what the story was behind Working Designs.

Working Designs was a small game localization company that got its start translating games for the Sega CD and Saturn, garnering much more attention when a falling out with Sega prompted them to switch over to the PlayStation. Unlike most localizers, who work for a subsidiary of one company or another, they picked and chose projects from a variety of publishers, generally snatching up games with a very anime-style look, sappy plots, and silly dialogue. Mostly RPGs and TRPGs. Rather than simply translate the text and call it a day, Working Designs had a well-known habit of grabbing the original source code, and making some fairly significant alterations while they were at it, once famously delaying what was originally meant to be a Saturn launch title to the point where it was the very last game to see release for the system in the U.S. [Licensing issues were a factor there, tooed.]

The biggest point of controversy surrounding the company is their habit of replacing unimportant NPC dialog with cheesy jokes, sometimes even running with pop-culture references, with characters talking like Yoda and references to Hooked On Phonics. While the case can be made that some of these jokes are lame, the bigger concern is that they dont reflect the original dialogue. When one investigates further however, it turns out the original dialogue was a bunch of terrible jokes that become complete gibberish with a literal translation. Similarly, while WDs love for fiddling with source code did lead them to arbitrarily crank up the difficulty in some of their older games, they usually used their powers for good. Save files were optimized and took up less space. Bugs (like a major area of the game slowing down) were fixed. Unused buttons were assigned handy hot key functions. While you could make the case it isnt the localization staffs place to try and improve on a game, that was their general practice nonetheless. 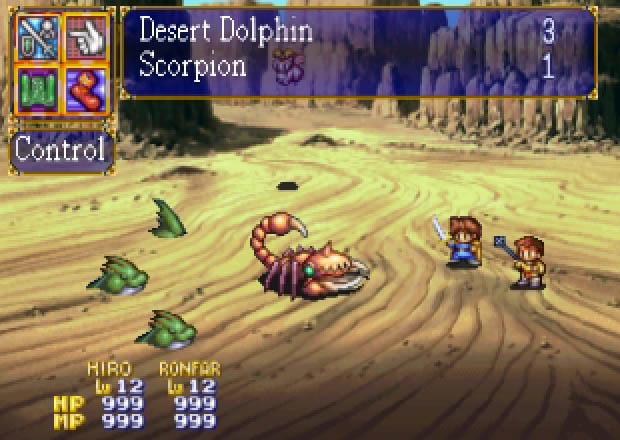 What were really concerned with here isnt so much the games but the total package. With a typical PlayStation game, one gets a standard CD jewel case (sometimes double wide) and a manual which, in rare cases, might be as long as 30 pages. The two Lunar games, on the other hand, shipped in shiny, gaudy boxes, containing the standard fat jewel case, along with an honest-to-goodness, hardbound, full-color manual, about as thick as the jewel case and sporting a fancy little ribbon bookmark, a soundtrack CD, and (while a little small and odd-smelling) a cloth world map. Lunar 2 upped the ante by also including a box of miscellaneous oddities, including a decent sized replica of a pendant worn by one of the characters. For a console game this is all darn impressive, but still comparable to the sort of treats PC gamers would still received now and then at the time. What really put these packages over the top was the inclusion of an extra disc in each, containing a 20-minute special on the making of each game, featuring brief interviews with the original designers, the localization staff, the voice actors, and the animation studio responsible for the slew of cutscenes, and looks at some of the humble Mac OS 7 programs used to put the game together. Never before or since has anyone really made this sort of effort to present a game as some big ambitious collaboration between dozens or hundreds of people, not unlike a movie. At least not in the form of a documentary packed in with the game.

So what sort of majestic, grandiose, legendarily epic pillars of gaming are these Lunar games, you must be asking, to warrant such unprecedented care and splendor in their packaging? Surely they must be the most awe-inspiring games of all time! Well, if you want to be really blunt about it, theyre remakes of a pair of fairly generic Sega-CD RPGs which, aside from cutscenes, couldnt really be bothered to update their graphics from the sort of humble sprite work which wasnt even anything to write home about when they were first released. The main draw being the huge high res images of the female characters lounging around half-naked in provocative poses scattered throughout the game. 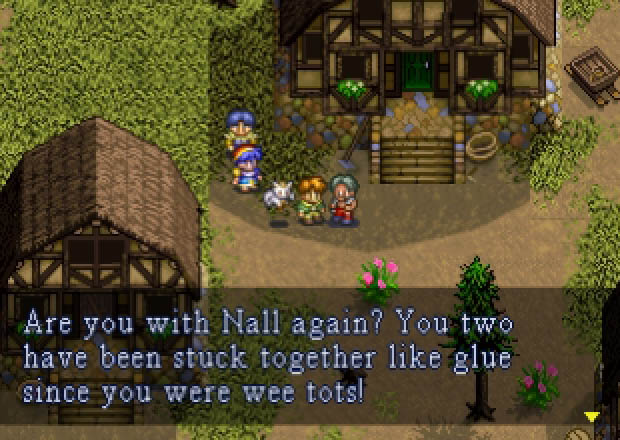 Of course, that really isnt being fair. The Lunar games do have a lot going for them in their own right. The PlayStation versions in particular take a few hints from Chrono Trigger, with an abbreviated world map, monsters wandering about in dungeons, which can be avoided if one chooses, and a mild nod to tactical positioning in combat. Macros can be set up on the fly to repeat a standard plan of action with only a few button presses, much like Phantasy Star IV. The aforementioned cutscenes also deserve some credit for being short, entertaining, and spaced at generous regular intervals throughout the game, whereas today most developers are still prone to front-loading a grandiose introduction then going for hours without anything further, making up for it with a prolonged ending cutscene.

More importantly though, theres a uniquely upbeat nature to Lunar. The vast majority of RPGs start out with some evil empire ravaging the land, orphaning the protagonist, and setting him off on a quest to save the world, righting various wrongs along the way. The star of Lunar, meanwhile, sets off to travel around the world exploring caves and seeking out dragons just because it seems like a pretty cool thing to do, and follows the path of his childhood idol. While eventually it does stray back to the familiar stomping grounds of evil emperors and supernatural forces of oppression, the overall tone is still extremely upbeat and downright sappy at times. Nobody other than Game Arts, except perhaps Nippon Ichi, has ever been quite this comfortable with bright sunny RPGs, and its a formula they have repeatedly tried to repeat. Thats not just to say that their second major series (Grandia) also goes in for young kids exploring the world for the sake of adventure. They seem to have a mild addiction to remaking the first Lunar game. Thus far it has seen release on the Sega CD, Saturn, Game Boy Advance, and PlayStation Portable, each time with a complete overhaul, changing specific details of the plot, visual style, and specifics of the gameplay. Interestingly enough, the PlayStation incarnation currently under discussion, generally agreed to be the definitive version, is the only straight port of the game from another system (the Saturn). Which just goes to show, sometimes presentation is everything.