Oddworld Inhabitants debuted in 1994 with an aggressive ad campaign and a novel mission statement: to make five games starring different characters in a shared setting. All were to be 2D puzzle platformers in the vein of Prince of Persia and Out of This World, without an inventory, with frequent but trivially inconvenient deaths and a heavy emphasis on communication. A quick look at their later games shows how quickly that entire plan went out the window. But Abes Oddysee does indeed possess all these qualities.

The central gimmick setting it apart from similar games is the degree to which the main character, a slave escaping from a meat rendering plant named Abe, is utterly defenseless. One hit from anything means death, and the closest Abe has to an attack is the ability to possess certain enemies on the rare occasion theres a safe place to stand for an extended period to focus and chant. This is backed up by a communication system, where a short list of phrases allow complex interactions with creatures of the same race (either Abes natural wimpy self, or whats being possessed). Primarily, this is used to help other slaves escape, unlocking a better ending. Or to make them walk into horrible death traps, if youre feeling more sadistic.

The setting and visual style are what really sell the game however. Nicely detailed pre-rendered graphics depict a surprisingly well-thought-out alien planet, where various sets of species show clear signs of common ancestry, unmarred by any interface elements. The way different creatures interact is also quite interesting, with one highly aggressive predator attacking absolutely anything it sees, while another species prefers hunting in packs, and will flee if encountered alone. Besides, just about everything intelligent laughs at silly deaths. 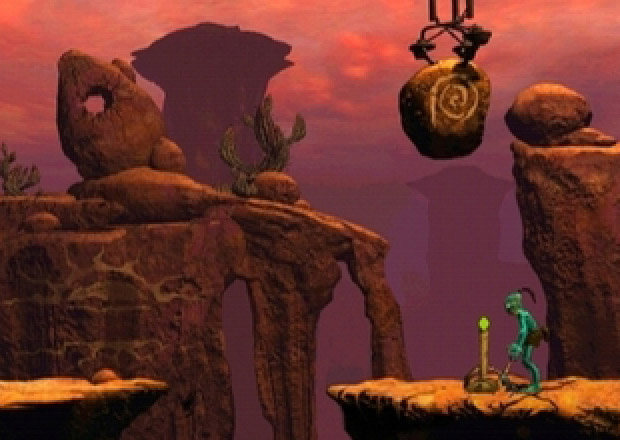 While later Oddworld sequels went completely off the rails, breaking every promise of the original mission statement with 3D exploration, money tracking, fundamental changes to the style of the world, and even a first person shooter, sequel Abes Exoddus breaks just one rule: Its still about Abe.

Abes Exoddus is an expansion pack sequel. Youre doing the same things in the same environment with the same character, for the same reasons. Ultimately, the idea was to make an easier game for those put off by the demanding original, so everyone could see what they missed out on when they abandoned it in frustration.

Significant changes include adding the astoundingly useful alloya to Abes vocabulary and emotional states for NPCs. This allows for large number of slaves to be gathered together so that the player can slap one, angering him, dodge the returning slap, causing it to hit another, leading to a fight, eventually ending in one slaves death, driving the other to suicide out of guilt, and causing the onlookers to follow suit in remorse. Or, you could coordinate the movements of large groups past death traps.

Other notable differences include a pair of lengthy sequences focusing on the new ability to possess wild predatory animals instead of only intelligent creatures, and the complete absence of that horse-like thing that didnt really add much to the game and was frankly a bit frustrating. 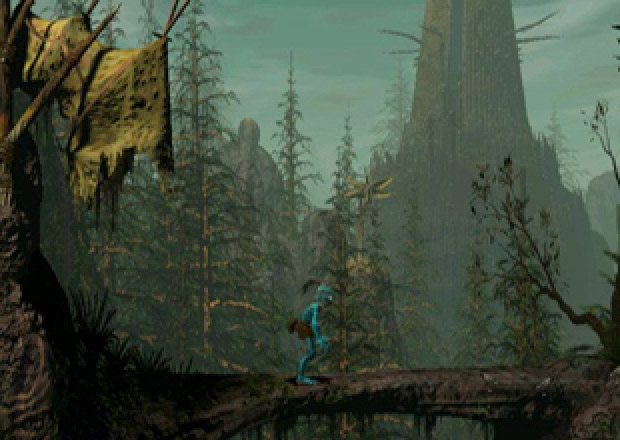