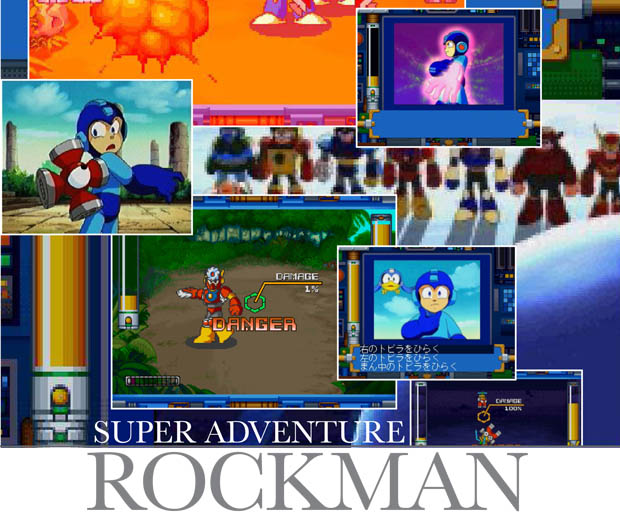 Poor Super Adventure Rockman has the dubious honor of being one of a small handful of Mega Man games that, according to the book Mega Man Official Complete Works, series co-creator Keiji Inafune has stated publicly are absolute crap. In fact, he has gone on record essentially apologizing to fans for the games very existence. While the game isnt necessarily the digital abomination that Inafune claims, it is certainly one of the more unusual titles to bear the Mega Man moniker.

In simplest terms, Super Adventure Rockman is Dragons Lair with Mega Mans face on it. The player sits and watches a lengthy animated movie of Mega Man exploring the site of Dr. Wilys latest evil plan, and periodically he or she will be called upon to make some kind of decision. Sometimes these will come in a form similar to the Choose Your Own Adventure books, with the player tasked with picking Mega Mans next move from a list of two or three choices. Each choice the player makes will cause the movie to play out differently. Other times the decisions are more in the style of Dragons Lair, with something suddenly happening on screen and the player only having a split second to decide in what direction Mega Man should move. Thankfully Super Adventure is much more merciful than either Dragons Lair or Choose Your Own Adventure, as reacting too slowly or choosing the wrong direction is seldom fatal. Typically it just results in Mega Man missing some kind of power up or being forced into another battle.

Battles are where the game most dramatically differentiates itself from its inspiration. When engaging with an enemy (typically a classic Mega Man foe like Friender or Metal Man) the screen switches to a first-person view with the player observing the field of battle from Mega Mans perspective. The enemies then leap around, sending fast moving projectiles towards the screen that the player must destroy using a targeting reticule. Being defeated usually results in a game over, but occasionally one of the robot masters from the original Mega Man will jump in at the last second to save the Blue Bomber. For being a fairly non-interactive game some of the later encounters are surprisingly difficult, with enemies moving extremely fast or flooding the screen with projectiles. As in past games, defeating bosses nets their weapons which can be used during any future encounters.

Strangely, Inafunes main complaint about the game wasnt that it didnt have enough action for a Mega Man title or that it played poorly, but rather that some of the events depicted betrayed Mega Mans family-friendly image. Granted, there are a few scenes, such as a helicopter exploding from inside the cockpit, George Lucas style, or Mega Man burying a slain Quick Man after the former foe changed sides and heroically sacrificed himself, that might slightly push against the boundaries of what could be shown in a G-rated movie, but compared to practically anything in the Mega Man X games its all exceedingly tame.

As far as FMV games go, Super Adventure Rockman is actually fairly enjoyable, although without a working knowledge of Japanese the vast majority of plot specifics will likely be missed.