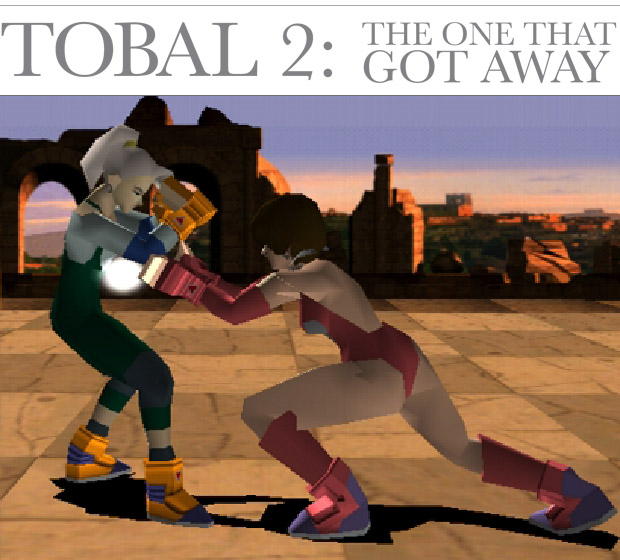 Although it struggled to find an audience in the West, Tobal No. 1 managed to acquire a relatively large fan base in Japan. Square immediately tapped DreamFactory to work on an sequel, and Tobal 2 was released less than a year after the original. Despite the short turnaround time, Tobal 2 offered a wealth of improvements to its predecessor, a fact that makes its lack of a worldwide release even more disheartening.

Considerable improvements were made to both the graphical engine and mechanics in Tobal 2. DreamFactory implemented Gouraud shading to the polygonal character models, resulting in characters that appeared much smoother than their blocky Tobal No. 1 counterparts, all while maintaining an impressive framerate of 60 frames per second and running in high resolution.

The most noteworthy mechanical change was the introduction of powerful, unblockable ranged attacks. These attacks proved damaging, however, there was a catch; charging projectiles drained a characters health. If an opponent managed to dodge the oncoming projectile, the attacker would have wasted a large portion of his health bar in vain. This risk-reward dynamic added a welcome element to an already intricate system. 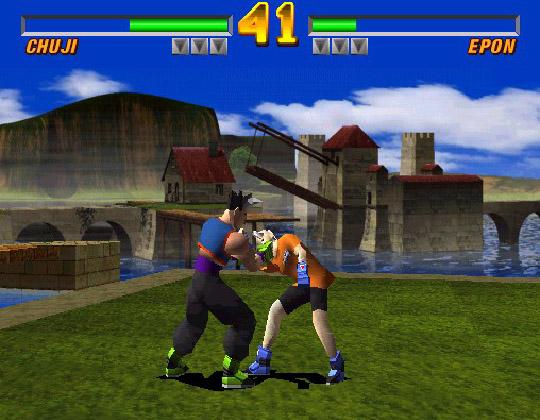 By far the most significant improvement demonstrated in Tobal 2 was the overhauled Quest mode. Instead of a single labyrinth, players now had access to a total of six unique dungeons, each with a different theme. Along with the expanded dungeons, towns and villages could now be explored, which allowed players to speak to villagers, shop for items, and save their game. Characters now earned experience from defeating enemies, and could level up specific aspects of their character (limb strength, grappling power, etc.) to improve their proficiency in combat. Monsters encountered in Quest mode could be captured and used in other modes, resulting in a roster of over 200 potential characters, including chocobos from Squares Final Fantasy series.

Gamers had become increasingly aware of developments and events in Japan during the 32-bit era, and Tobal 2 quickly became one of the most infamous releases that never made it across the Pacific. It improved its predecessor in literally every way imaginable, most notably the Quest mode, which evolved from a quirky, interesting diversion to a genuinely decent action-RPG. The silver lining in Tobal 2s lack of a domestic release is that it introduced a generation of gamers (myself included) to the tantalizing world of import gaming.