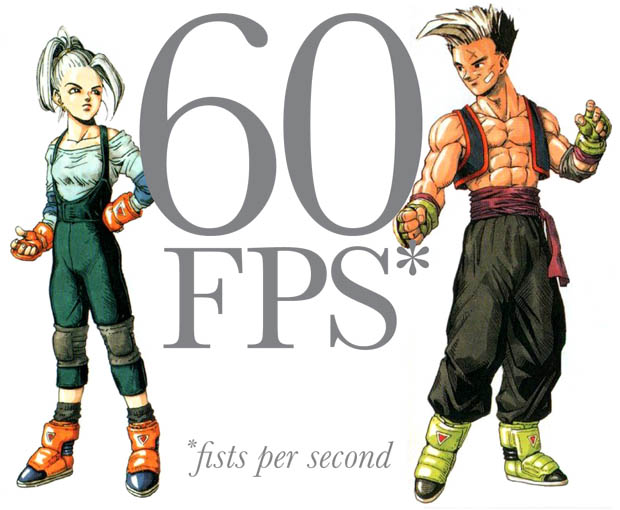 Among the many innovations introduced during the 32-bit era, demo discs quickly became one of the more unique staples of the PlayStation library, allowing audiences to get a hands-on preview of the systems newest titles. Not only did these demos serve as a way for gamers to sample the PlayStations ever-growing library, it helped augment their own collection. Those who could only afford a few games for the new, expensive console were still able to enjoy a diverse selection of new genres and experiences, albeit in an abbreviated form. Demo discs were available for free with new consoles, or could be purchased for a nominal fee.

Eventually, developers began to include demos of eagerly anticipated future releases with less popular, unknown games as an enticing reason for one to purchase a game they may otherwise have had no interest in playing. Not only would this increase the excitement for a highly-anticipated title, it allowed new properties to gain popularity and attract new audiences. Of these Trojan horses, Tobal No. 1 may be the most important of all, as the included demo was of Final Fantasy VII?, one of the most influential game for the PlayStation.

Square could have easily rested on its laurels with Tobal and simply pumped out a generic 3D fighter, a popular new genre that would eventually become a staple of the PlayStations library, taking over a role previously occupied by platformers during the bygone days of the 16-bit era. Final Fantasy VII was the first in a highly-regarded series being released for a then-state-of-the-art system, and many fans would have paid full price for a chance to play the RPG nearly a year before its release. Even in America, where RPGs had yet to break into the mainstream market, FFVII had been garnering press for its impressive production values. It would have been understandable if Square had simply rushed something out to market to serve as a harbinger for their landmark title.

Luckily, they did no such thing. Instead of developing Tobal No. 1 in-house, Square appointed the newly-created DreamFactory to develop a fighting game that would (hopefully) become their first successful game on Sonys new machine. Tobal would be DreamFactorys first release, though the developer was far from inexperienced. While Square itself had no familiarity with fighting games, DreamFactory was comprised of people who lived and breathed the genre. The startup was established by Seiichi Ishii, whom could be considered the father of the 3D fighter. Before DreamFactory, he had served as the main designer on the original Virtual Fighter as well as Tekken and Tekken 2. Along with this impressive pedigree, Tobal boasted character designs from the famed Dragon Ball artist Akira Toriyama, whose previous work in video games included Dragon Quest and Chrono Trigger. The people behind Tobal No. 1 certainly werent lacking in talent or experience. 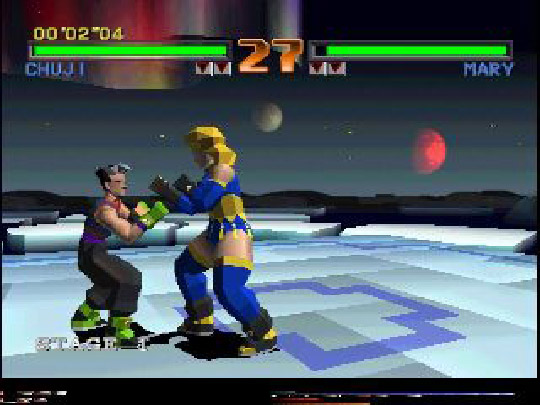 DreamFactory approached Tobals graphics differently than most. Whereas many developers were obsessed with creating games with the impressive amounts of detail in both characters and setting at the expense of performance, DreamFactory emphasized functionality. Unlike the characters in contemporary fighters such as the Tekken series, the combatants in Tobal were comprised of flat shaded polygons and lacked textures. While this resulted in a marked decrease in graphical detail, it allowed the game to run at a smooth and consistent 60 frames per second, a rare feat for the PlayStation. Ironically, the lack of detailed texture maps has resulted in Tobal holding up better than many of its peers, as the colorful, flat shaded polygons have a simple elegance lacking in most other games from the era.

Initially, Tobals mechanics didnt appear very different from other offerings in the genre. Two players battle one another in small arenas, whittling down health bars using a combination of strike attacks, combos, and throws. Fortunately, Tobal No. 1 offered a couple variations on the standard formula. Instead of a static throw animation, grabbing an opponent in Tobal resulted in a relatively complicated system that resembled the grappling mechanics as seen in wrestling games, allowing players to push, pull, strike, or throw an opponent. This also led to unique throw animations that only occurred when used on certain characters, such as the ability to clench the alien Illgogas rather large tail and twirl him around an arena, not unlike Mario tossing Bowser in Super Mario 64.

The second, and arguably more important, innovation Tobal offered was the ability to move in all directions around the battleground. Most 3D fighters at the time were limited to a 2D plane, only allowing players to perform a limited sidestep towards the foreground or background. Tobal No. 1 gave players much more freedom, allowing characters to move in all directions while facing their opponent. Though this would be better implemented in the future by games such as Soulcalibur?, it was a significant step forward for the genre.

While the core mechanics of Tobal offered some innovations to the fighting genre, its most original and distinctive feature was its inclusion of a Quest mode. At the time, developers were content with the single player portion of a fighting game being reduced to a straightforward arcade mode, where players would simply fight their way through the games roster occasionally unlocking minor secrets along the way. The Quest mode in Tobal was a stark contrast to trifling options offered by other fighters for players looking for a solitary experience. Here, players used any character to explore a labyrinthine dungeon while battling through a variety of monsters as well as other combatants from the main game. The unique dungeon crawler also included some rudimentary features from RPGs, such as the ability to buy healing items and stat upgrades from stores throughout the dungeon.

In some ways, the Quest mode resembled a roguelike; the layout of the dungeon was randomized, and a complete lack of save points meant that death would necessitate a complete restart from the beginning of the dungeon. Also randomized were the effects of potions in each game; a potion that may heal a player in one run could poison them in the next. This made for an interesting, if not at times frustrating, experience.

The Quest mode was a great addition... in theory. However, in practice it had some significant flaws, most notably the control scheme, which remained unaltered from the main game. Simply put, the mechanics were not well suited to an exploratory action game, and navigating through the dungeon was needlessly unintuitive. Nevertheless, the Quest mode in Tobal No. 1. was an incredibly distinct experience that influenced the way in which developers approached single player content in the genre, such as the Tekken Force mode in Tekken 3. 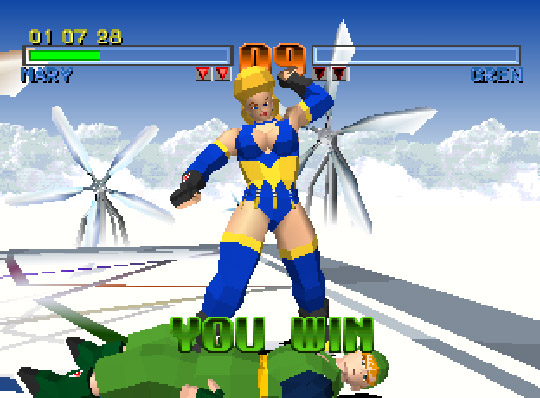 Unfortunately, Squares debut on the PlayStation was not a major success. Despite Tobal No. 1 selling reasonably well in Japan, it underperformed in the West and Square no longer saw its new franchise as a priority. After all, Tobal had done its job, offering a tasty morsel of their upcoming flagship RPG to a hungry public. As far as Square was concerned, the Tobal series was finished in the United States, and only Japan would see DreamFactorys excellent sequel. While Tobal may have been a one-and-done outside of Japan, the innovations it introduced to the genre would not be ignored by other developers.

The idea of including demos of anticipated releases with new franchises is a practice seen to this day; a multiplayer beta of Halo 3 shipped with new copies of Crackdown, and the Gears of War 3 beta was introduced with Epic Games new shooter Bulletstorm. Tobal No. 1 may have been ignored by the mainstream public, but its influence lives on and can be seen, indirectly, to this day.