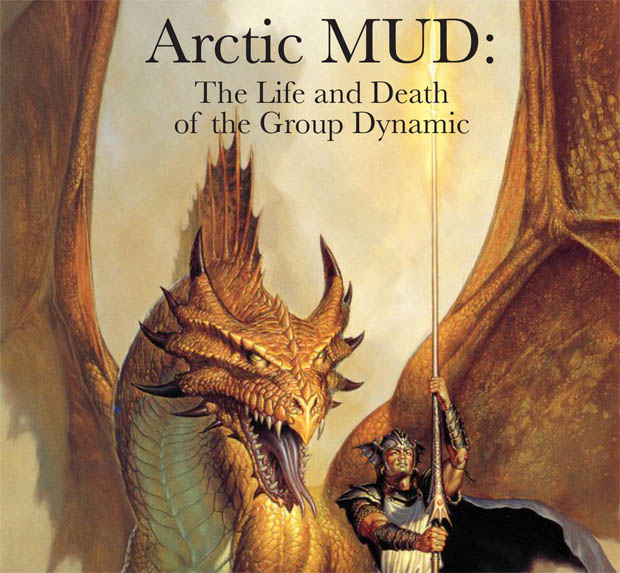 Attending a private Christian school made it tough for me to consume external media during school hours. I mean, sure, I was at school to learn, but even our down-time was tightly controlled. This held true for video games as well, since anything deemed objectionable was scrubbed from the hard drives in the computer lab. Of course, this was only when they bothered to look for it. The members of my high school class had an insatiable appetite for video games, whether they were gamers or not. When someone brought in the Final Fantasy VII strategy guide, everyone gathered around to gawk at the info-packed pages. When Oregon Trail was loaded onto the computers in the lab, we eagerly played through it multiple times. And the periods during which the computer teacher wasnt paying attention were marked with sessions of Duke Nukem and the FFVII demo. But by and large, this phenomenon was mostly a bunch of individual students abusing the rules independent of each other, playing single-player games at their own station. If a teacher ever found out someone was engaging in such a loathsome practice, it was every man for himself.

I dont know who started it, but we soon found a teacher-proof game that we could actually play together in the same world simultaneously. This may not sound like anything special in the era of World of Warcraft, but at the turn of the millennium it blew my mind. The game was Arctic MUD, a text-only massively multiplayer online RPG based on the Dragonlance series of novels. Of course, by the time we found it, EverQuest had already launched and Arctic was already about eight years old, but none of this mattered to us. The only thing we cared about was the wondrous concept of an RPG that you could play with other people at the same time. The fact that the game was all text was also the perfect teacher deterrent, as whenever one glanced our way, instead of Duke Nukem blowing an aliens head off, it would look like we were working in an MS-DOS command prompt. It was a foolproof cover.

After coming up with a name and password, we had to pick a class. There were about nine of them, but we soon learned that they boiled down to three different categories: tank, caster, and healer. I would eventually learn about proper team balance based on this hierarchy as well as what combat tactics would become necessary for each category. Casters and healers werent as durable as tanks, but casters were the most vulnerable by far. When I was using a Mage, for instance, I had a harder time staying alive long enough to level properly than when I was a Dark Knight. Naturally, this meant that my Mage would be more dependent on tanks than tanks were mages. But tanks were wholly indebted to healers, so it balanced. None of us knew this until we experimented with the game extensively, but once we did, it became an unspoken rule.

I came in during the middle of the Arctic craze, so a lot of these rules were already established. The designated starting city was Tarsis, a decent choice given that the Tower of Illusion, a nearby beginners dungeon, was the perfect low-level zone to acclimate oneself to the game. And this was a game we would absolutely need to be eased into, especially given the lack of graphics. In hindsight, its a small miracle that my class latched onto a nearly ten-year-old text-only MMO given the climate of the games industry at the time, but the group inertia eventually roped a sizable number of people into playing, forming what people who knew better would call a guild. But us? We were just a group of kids who chose to share a game experience. We were willing to endure what amounted to a text adventure so that everyone could play and level up together.

If youve played Colossal Cave Adventure or Zork, you know how the world of Arctic is navigated. Locations were grid-based, and you moved square-by-square by typing in the compass points N, S, E, and W. Instead of clicking through menus to look at stats or check your inventory, you had to type in commands similar to IRC commands or SQL operations. Instead of being able to see where youre going, descriptions of each squares scenery accompanied any movement, though it was rarely helpful. We had to either rely on memorized directions or follow people who knew where they were going to get anywhere. But instead of being an annoyance, this was a terrific motivator to form groups to go questing in rather than wandering around on your own aimlessly. Usually when I was soloing the game, I stuck to the streets of Tarsis, killing crows, and the Tower of Illusion, one of the requisite locations we were expected to memorize directions to.

The text-only nature of the game wasnt the only old-school obstacle to our enjoyment. Arctic required characters to realistically sustain themselves with food and water or risk death. Much like the roguelikes I would eventually discover a decade later, every step you took made you hungrier and thirstier, meaning players would need to keep a stock of food and a full canteen. Walking places would tire you out and make you need sustenance faster, which meant that traveling between locations required a horse to prevent this fatigue. Of course, while you always had to plan ahead and buy the requisite things before heading out on adventure, clever observation extended our resources. Food was mostly procured through shops, but your waterskin could be filled at any source of water. If you noticed some kind of water source like a fountain in the written description of an area, you could use the command fill waterskin fountain and your water supply would be restored. Eventually, we would make mental notes of where the convenient water sources were and shared them with each other.

I never actually discovered anything about the game on my own. Everything I learned about the game world I learned from my classmates, who probably in turn learned it from another third party. The atmosphere surrounding our group was similar to what you would find in an elementary school playground, except with real game information instead of wild rumors. Everyone would converge and report back with what they learned from their journeys, which would in turn be inserted into the collective knowledge repository for later use by everyone. This is how we would formulate our plans for leveling runs. The general aimlessness of the game forced us to not only find things out for ourselves and explore, but to rely on the groups information to progress. Oddly enough, this vagueness encouraged a group dynamic without overtly trying to.

Fast forward to 2011, where I once again find myself playing an MMO, but this time for work instead of leisure. In the process, Ive found that the post-World of Warcraft landscape has really homogenized the genre into an accessible grind factory. Instead of exploring with your guildmates to find the secrets of the world, quests that let you auto-route to their locations rule the multiverse. And even if they didnt, the dawn of wikis mean there are hardly any mysteries to unravel. Everything is easily accessible through a simple search bar and organized in an easy-to-understand layout. The only thing left to do in the games is to grind for levels and gear, which seems like a waste of the unique format of MMOs.

There were no tutorials in Arctic, nor had the games fanbase established an easily-accessible wiki full of all the information you need to find everything in the world of Krynn. We still got a lot of our information second-hand, but it was through either the exploration of our group members or digging through message board posts and reporting back on our findings. The groups collective knowledge served as our wiki, but it never felt like the wonder of discovery was lost because of this. Rather, we felt like a single unit multitasking towards a common goal. We never considered ourselves a guild, but the games very basic and opaque nature forced us to band together. Otherwise, we wouldnt be talking about it between classes nearly as much. The only function of the group would be for bigger leveling quests.

Its strange, but this primitive, old-school MMO brought us together much more effectively than a modern one would. The fact that we were forced together in order to progress actually made for a truer MMO experience than what you normally see today. Newer games are far more accessible and feature-rich, with robust community events and schedules full of stuff to do at specific times. Instances will still force people into parties, but nothing modern MMOs have done really encourages group play like Arctic did for us. Sure, it was as inaccessible as you could get at the time, but we were just dumb kids and still managed to figure it out. The idea to remove everything that stands in the way of the level grind is one that doesnt appeal to me at all. What I want is something that forces a group dynamic on you in new and inventive ways in much the same way that the Left 4 Dead games do, except with an MMO.

Arctic may not have been either of those things in reality, but it was new and inventive to us as we discovered it for the first time. It taught me the language of MMOs without explicitly telling me anything. It showed me the joy of group play within a massive world. But most of all, it sparked my imagination for the future of games, suggesting exciting possibilities that never came to fruition. The fact that the direction MMOs took was divergent from what I wanted out of them is ultimately disappointing, but my memories of our time with Arctic will remain.