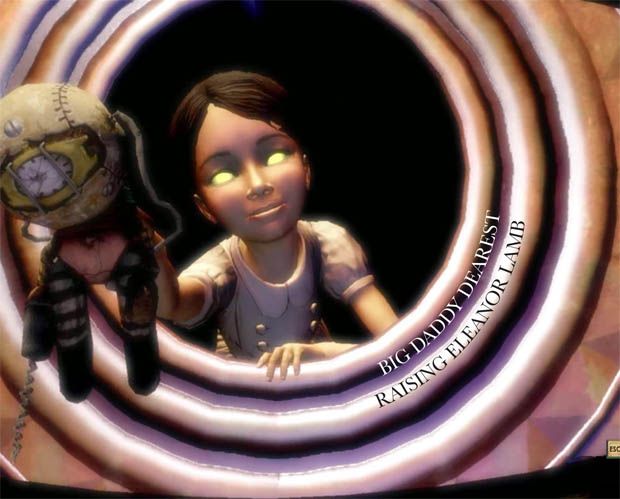 BioShock 2 doesnt offer the shock of revelation the original Bioshock had. Its plot points dont have the same raw impact, that sinking feeling when you realize just to what extent youve been hadnot just by criminal Frank Fontaine, but by the game itself. It doesnt even have BioShocks grand, valiant failure of a last act, which undermines its own assertion of agency over slavery by offering the player only one path to an inevitable final confrontation. There is no golden god to cast down at the end.

Instead, Bioshock 2 is a game about the consequences of the examples we set for our children, a subject that has a poignancy the original games high concept lacked. I played through most of it as my infant daughter lay sleeping near me, which Im sure had something to do with my perception of the game. The first BioShock had its own parental figures. Most obviously, the iconic Big Daddies protect and guard their charges, the Little Sisters. Frank Fontaine teaches the players character, Jack, the rules and dangers of Rapture in his guise as Atlas. Rapture mastermind Andrew Ryan is Jacks biological father, and imparts a memorable lesson to his newfound son late in the game. Dr. Brigid Tenenbaum is a surrogate mother to the rescued Little Sisters, but whether Jack helps the Sisters or destroys them for his own ends depends on the players own greed and impatience than it does any convincing words from her.

BioShock 2 reverses the roles. The players new avatar, Subject Delta, is a Big Daddy, which is already an inherently father-like role. But hes a prototype with the added aspect of being bonded permanently to one particular Little Sister: Eleanor Lamb, the daughter of the games main antagonist, Sofia Lamb. Aside from being the villain of the piece, shes also the woman who forced Subject Delta to shoot himself in the head on the eve of Raptures fall.

This game takes place a decade later. Sofia Lamb now leads a cult of collectivist utopians called the Rapture Family (learning nothing from Ryans failure, of course; utopian ideas have a tendency to go sour down in Rapture). Eleanor is no longer a little girl or a Little Sister, but her bond with Delta remains even beyond his death. After resurrecting him using Raptures Vita-Chamber network and a sample of his DNA, she establishes a psychic link with Delta, calling him Father and beseeching him to rescue her from her mothers painful experimentations.

While Sofia Lambs tender guidance has turned many former Little Sisters of Ryan-era Rapture into bent and broken things in the screeching Big Sisters, Delta has the chance to grant a different path to Eleanor. But that is not the only path he can set her on. As in the first game, whether Delta frees or harvests the Little Sisters will influence the endingand Eleanors ultimate personality. But at three points of the game, Delta is given a choice to kill or spare someone who has done him harm. 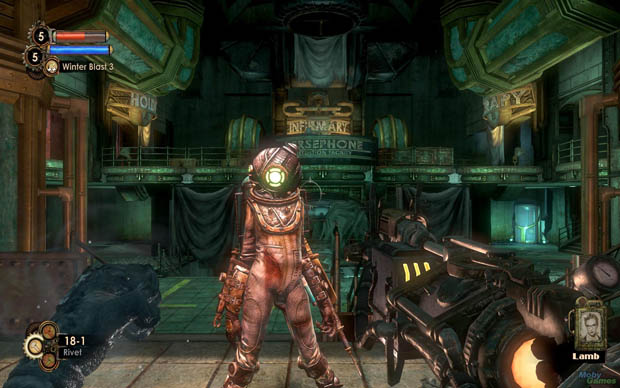 First is Grace Holloway, who holds a grudge against Big Daddies, and Delta in particular. She tries to have Delta killed, but her hatred for him is based on an honest belief that Delta means Eleanor harm and that he had kidnapped her a decade before. Shes misguided, but not evil.

A stickier case is that of Stanley Poole, a journalist who at first seems like a fairly benign annoyance, before you learn he was behind Deltas imprisonment, which led directly to him being chosen for the Big Daddy pilot program. And then you learn Poole is even worse; not only did he turn Eleanor over to the Little Sister program, he drowned a whole section of Rapture to keep Sofia Lamb from finding out about it.

Finally, theres Gilbert Alexander, Sofia Lambs top scientist and first test subject for the super-being she hopes to reshape her daughter into. Alexander has mutated and gone utterly mad, however, and while he does his best to kill Delta, in the end hes a pathetic creature. Recordings left by his formerly lucid self guide Delta through his lair, and he begs for his life to be ended. Is killing him or condemning him to live in his diminished state the crueler thing?

And at last, at the end of the game, the fate of the person who has hurt Delta the most is entirely out of his hands. Instead, Eleanor, taking to heart Deltas examples in the previous situations, will either murder or save her mother  and then she either will kill Delta herself, allow him to die in peace, or absorb his essence so he can live within her.