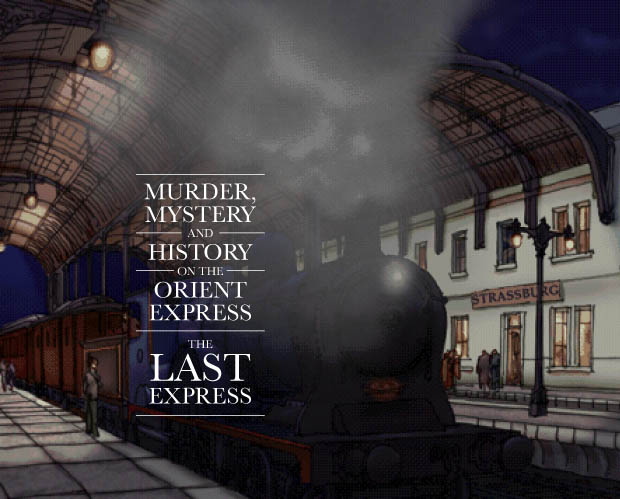 In 1997, the PC adventure game genre was cresting to its highest point as an interactive storytelling medium. LucasArts fed the swell throughout the 90s with classics like The Secret of Monkey Island, Sam & Max Hit the Road, and Full Throttle?. By 1998, the end was close at hand. Even brilliant games like Tim Schafers Grim Fandango and Jordan Mechners The Last Express couldnt keep the genre afloat. In 2000, the wave that had ridden so high for a decade crashed down upon The Curse of Monkey Island, ending an era of LucasArts game design and definitively breaking the back of the point-and-click adventure until Telltale Games revitalized it six years later.

All of this is important for one reason: It affords us an extra layer of appreciation for The Last Express, one of the most sophisticated narrative-driven games ever created. With a story inherently linked to Europe circa World War I, The Last Express is simultaneously a fascinating entry in the history of the point-and-click adventure genre and a rare example of a video game actually caring aboutand accurately depictingthe culture and significant events of world history.

The Last Express follows the final journey of the famous Orient Express in July 1914, a mere day before the outbreak of World War I. Naturally, theres been a murder aboard the train -- thats your storytelling hook -- and the personal lives of a dozen passengers form a pastiche of European culture and politics against the tense backdrop of impending war. Play The Last Express, and you may accidentally learn more about World War I than you ever intended. Or pick up a word or two of German. Or French. Or Russian. 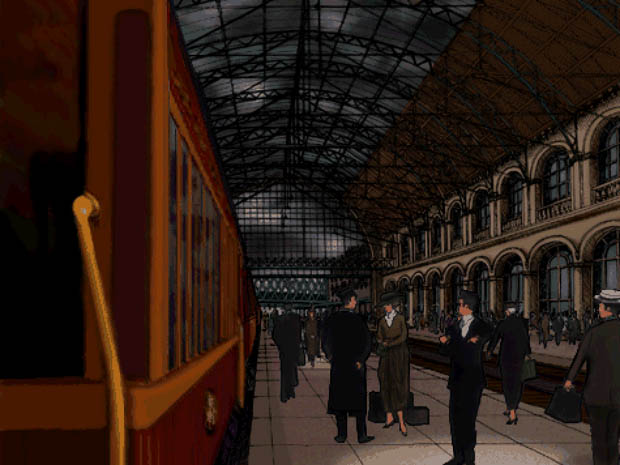 The loving attention paid to every minute detail seems only natural coming from game designer Jordan Mechner, who almost single-handedly captured the spirit of Arabian Nights folklore on an Apple II in 1989. Prince of Persia focused on acrobatic platforming gameplay over storytelling, but classic villain Jaffar and the graphical flourishes put into the Persian palace were enough to bring the setting to life without a hint of dialogue. The Last Express doesnt exactly follow in the princes footsteps; hundreds of lines of voiced dialogue take precedent over engaging gameplay, which makes sense for the adventure genre and its move to CD storage by 1997. Still, the evolution from Prince of Persia to The Last Express is easy to recognize in the rotoscoped art style the two games share.

Mechner and the development team of The Last Express, Smoking Car Productions, captured live action footage of actors, then built and patented a digital rotoscoping technique to create line drawings of the characters which were colored by hand. The team styled its animation after early 20th century Art Nouveau. The flat, colorful characters and heavy black lines really pop against the CG-rendered backgrounds, which were no less painstakingly created: The team tracked down an antique sleeping car, abandoned for decades, to reproduce the Orient Express as accurately as possible. 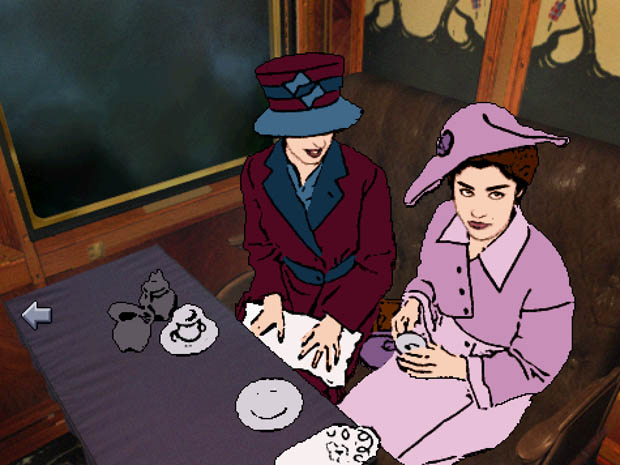 The art makes an immediate and powerful first impression, and character interaction plays out in a sort of storybook animation style. There was no way Smoking Car could have fully animated every scene, but key frames here and there create enough movement to convey the action of a scene. Most of the animation clearly went into action sequences and key moments of the story; when character suddenly animate fluidly in an exciting scene, The Last Express looks more like a beautifully hand-drawn cartoon than a sequence of still images.

Like Prince of Persia, The Last Express is mostly famous for its rotoscoped animation, but the linchpin of the adventure system is no less remarkable. Theres no manual saving in The Last Express. There are no checkpointsnot exactly. The game takes place over a three-day, almost exactly 72-hour period, and after quitting youll return to the exact moment you left. This is important, because every passenger on the train follows a set schedule of actions, and every key event takes place within certain windows of time.

When the game begins, youre thrust into the shoes of a young American doctor named Robert Cath who boards the Orient Express without a ticket. The game offers no real direction and no introduction other than a letter in your pocket from your friend Tyler Whitney, a passenger aboard the train. Youre free to roam around the sleeping and dining cars, and within the first 10 minutes of play, The Last Express will introduce its time mechanic. With failure. 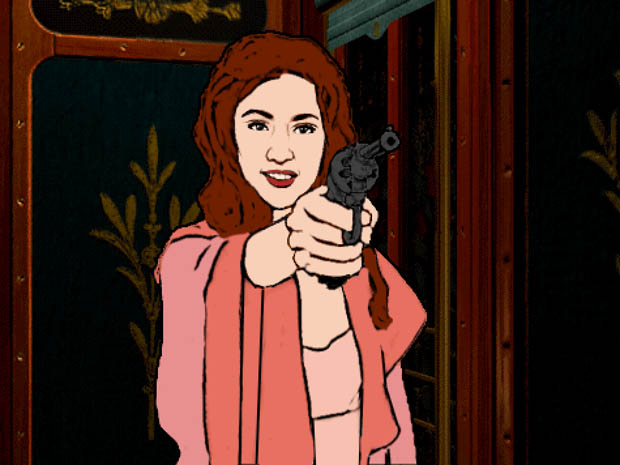 Stumble around for long and someone will find Tylers body, freak out, and youll be discovered as the ticketless trespasser your are. Find Tyler yourself, and youll likely move his body and exit the car... only to be spotted with blood all over your suit and promptly arrested. In both cases, a short epilogue plays out and the game instantly rewinds to an earlier moment in time that still holds the possibility of success. This strikes a smart balance between the LucasArts and Sierra schools of adventure game designin the former, you could never be killed or permanently stuck, but in the latter a bad save could see you irrevocably caught in a loop of unavoidable death.

There are plenty of ways to fail in The Last Express -- more often through inaction than action -- but its always possible to rewind and try again. Each major city along the trains route serves as a permanent checkpoint that can be returned to at any time. When it becomes clear that youve missed something key to progressing, you can wind the hours back and start anew, eavesdropping on different conversations to pick up clues on how to proceed. Its impossible to get lost or waste too much time wandering within the confines of a few train cars, which makes it easier to figure out where to be or realize youve missed a vital moment. Unfortunately, that compact design also means youll dedicate many, many mouseclicks to walking up and down two identical sleeping cars and knocking on doors.

With its three day timeframe and rewinding system, The Last Express feels like an obvious inspiration for The Legend of Zelda: Majoras Mask, which built a similarly rich cast of characters around a rigid time schedule. Nintendo may not have cribbed directly from Mechners creation, but they proved time mechanics are a powerful storytelling force no matter the genre. 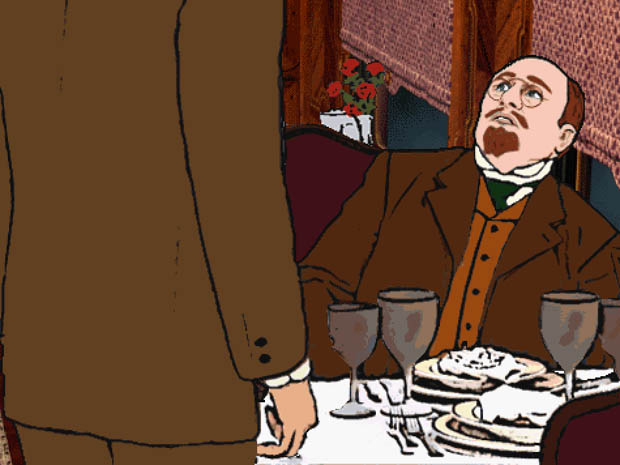 Jordan Mechners greatest talent as a game designer seems to be recognizing the defining elements of a gaming experience and refining those concepts for later use. He carried rotoscoping from Prince of Persia into The Last Express, advancing it beyond a tool for realistic animation into something with a strong artistic identity. From The Last Express he took the power of the rewind, building it into the platforming of Prince of Persia: The Sands of Time to encourage continuous forward movement.

Completing The Last Express means uncovering government plots, leaving the train a day before Austria-Hungary declared war on Serbia, and bringing closure to a friends death. It means listening to conversations in languages you dont understand and finding yourself completely immersed because the performances brim with personality and class that few games can match more than a decade later. It means facing occasional frustration with point-and-click adventure mechanics but marveling at the overwhelming detail poured into the genre at its peak.

Mostly, completing The Last Express means playing through a classic adventure game with the added twist of a rewind system that was before its time. Thanks to digital distribution through Good Old Games, The Last Express still makes the fateful trek from Paris to Constantinople. If you love adventure games, wind back the clock, prepare your brain for a challenging mystery and board the Orient Express final ride of 1914.