Games | Weekly Game Releases | Blog | Week of April 22, 2008: River City Ransom is all that matters this week. Except for all the other stuff that also matters. 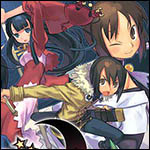 Summon Night DS
Banpresto | DS | RPG
I can't seem to get into Summon Night. Not for lack of trying! I mean, Atlus even brought over two of the Game Boy Advance iterations, and we all love supporting Atlus. But something about these games seems to heartbreakingly generic that I just have to avoid them. I can't even work up the will to read the HG101 retrospective, and I read everything there. Maybe the DS iteration will change this! But probably not. 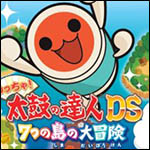 Taiko No Tatsujin 7
Namco Bandai | DS | Tiny tappin'
My rudimentary grasp of Japanese tells me that this is something to do with the seventh Taiko No Tatsujin game, but not actually the seventh Taiko game, which was released on PlayStation 2 a couple of years ago. So what is it? I don't know! The "Daibouken" subtitle suggests it's a platformer based on the series, but that's probably too good to be true. 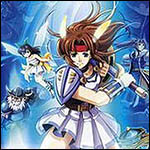 Vantage Master Portable
Falcom | PSP | Tiny tactics
Falcom doesn't create an awful lot of new games these days -- they just rework their old games ad infinitum. Case in point! Here's a PC strategy game that was released for free years ago, now reworked and incredibly expensive for PSP. I guess the portability makes it worth the money? 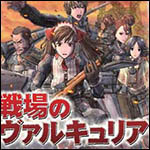 Valkyrie of the Battlefield
Sega | PS3 | Tiny OMG GORGEOUS
I haven't really bothered paying attention to how Valkyrie of the Battlefield plays, but I'm sure it'll be fine. Sega doesn't make a lot of RPGs, but the ones they do produce are just fine. No, the reason I haven't bothered looking at the gameplay is because I'm too busy gawping at the visuals. Not to be a graphics whore, but this game looks exactly like a Hayao Miyazaki manga, with soft color and gentle brush-hatching defining the world. It's breathtakingly beautiful in a way that "realistic" games will never, ever accomplish.