Games | Weekly Game Releases | Blog | Week of April 29, 2008: It's time for another worldwide moral panic about the evil things video games are doing to our precious, precious children. That's right, it's Grand Theft Auto IV. Get out there and grand-thieve some autos, boys and girls! And be sure to equip the Thief Glove to turn Steal into Mug! 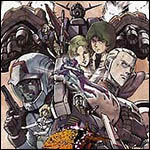 Emblem of Gundam
Bandai Namco | DS | Strategy
I could be mistaken, but I think this game is created by some of the same people who developed the older Fire Emblem games. Either way, Bandai Namco has cojones the size of a small continent, publishing a strategy game on a Nintendo system while clearly biting off the name of Nintendo's own strategy franchise. You go, girls! 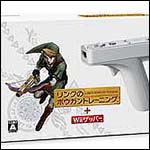 Link's Crossbow Training
Nintendo | Wii | Clumsy shootin'
Shigeru Miyamoto told me that he hopes to teach Japanese gamers to love first-person shooters with the Wii Zapper enclosed in this package. While I truly applaud his sentiment, I don't think a horribly-designed hunk of plastic is going to change anyone's minds about a genre of games they're innately predisposed to dislike. It'll probably go over as well as trying to convince people to love margaritas by shoving their hands into a blender.