Games | Weekly Game Releases | Blog | Week of May 27, 2008: We usually don't feature PC games here, let alone ports. But reibeatall's moving this weekend, so I'm in charge, and I do what I want. You have problem? Besides, given what we have coming down the pipe this week, and that it missed out the first time around thanks to Rock Band, the only possible choice for GotW is...

List compiled by reibeatall and Sarcasmorator | Imports by parish, courtesy of NCS | Posted May 27, 2008

Game of the Week 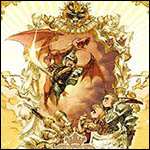 Battle Fantasia
Success | DS | Oldest-school RPG ever
It's a fighting game from the creators of Guilty Gear. You know what that means: Sleek, high-res graphics and kinky characters who look seriously sexy. Until you realize they're actually boys under those miniskirts and are forced to soak your eyeballs in bleach until you die. 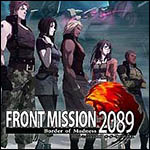 Front Mission 2089: Border of Madness
Success | DS | Oldest-school RPG ever
Now here's a game that won't be coming to the U.S. Every Front Mission bombs over here hardcore, and this one originated on a cell phone, so you can bet that'll fly like a lead zeppelin out West. However, it does raise the possibility of Final Fantasy IV: The After making its way to DS, which means someday you too could be enjoying some hot, hot ganguro dwarf action. Ugh, I just threw up a little. 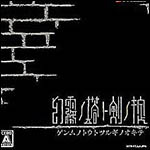 Genmu No Kiri To Ken No Okite
Success | DS | Oldest-school RPG ever
You guys thought Etrian Odyssey was pretty hardcore, all hearkening back to the old days of PC RPGs with its first-person dungeon perspective, DIY party and unrelenting challenge. But little did you know it was hella newfangled compared to this little gem, which is so old-school it features a white-on-black wireframe mode. Respect.