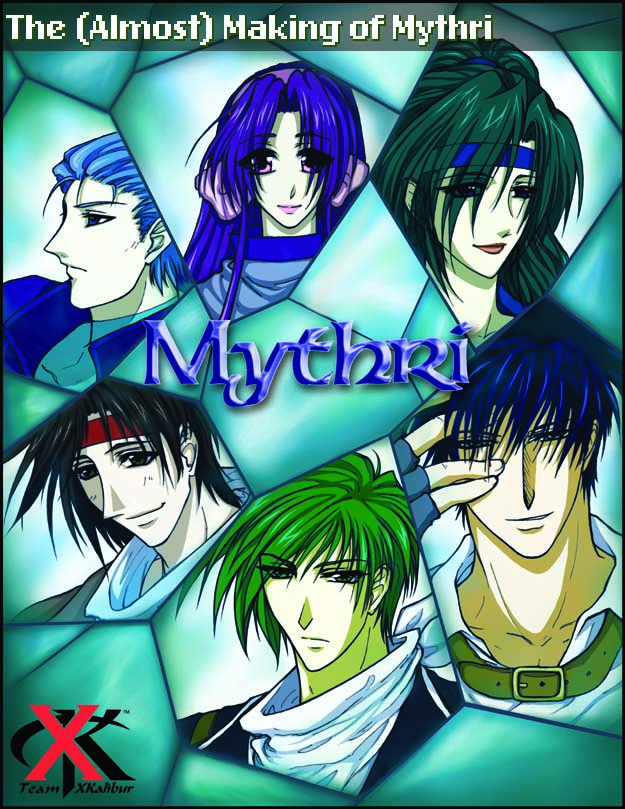 Mythri was a game I set out to make with Team XKalibur, the company I started after high school. It never came to fruition, and I havent thought much about it in years. But every once in a while, someone asks, "Hey, whatever happened to that game, anyway?" -- so I've decided to write down my thoughts here on GameSpite and finally offer a peek into the game you could have been playing seven years ago.

I want to make it clear that I don't consider Mythri a "failure." We didnt finish the game, but what we accomplished, and the professional level of quality we achieved, is nothing short of unprecedented. Now that I have experience working with "real" developers, Im dumbfounded when I look back at the Mythri assets we produced under those circumstances. Also keep in mind I want this to be the story of Mythri -- not Team XKalibur as a whole. While there are some aspects of the company that are important to the story, Im not going to bog this down with all the other demos we produced or what publishers we pitched other games to. Those are stories for another time.

Part One: The Concept: Just where in my post-high school mind did Mythri spring from?

Part Three?: Gameboy Color: Pre-production is all well and good, but what about the actual game?

Part Five?: Gameboy Advance: The reimagined vision that almost wasn't kind of not happening, for reals.

Don't forget to check out the Gallery? for a ton of exclusive (and often never-before-seen) character designs, screenshots, sketches, and more!

And, even if you do nothing else, please download Mythri's soundtrack. I can confidently say it is the best 8-bit soundtrack ever. The songs play exactly as they sounded out of the GBC's speakers.

I want to sincerely thank every person who worked on, contributed to, was interested in, or wished for Mythri at any point. I learned a lot about the industry, myself, and the creative process in the time we worked on this game. Many creative types credit their college years as a source of inspiration once their careers develop, and if I'm ever a big famous game type person I'll be no different. However, it won't be anything I learned in school or working part-time jobs to which I attribute my success. Instead, I'll cite the long nights working on Mythri, and all the people who supported me and Team XKalibur along the way.

If you'd rather read an abridged version of all this nonsense, you can just hop on over to this NeoGAF post to skip the three years' worth of perspective.