One of the biggest hurdles Japanese RPGs as a whole have yet to overcome can be summed up with a single word: Scope. The vast majority of games from the genre feel compelled to give the player an entire planets worth of geography to explore over the course of 40 to 50 hours -- but even the most prosperous of developers dont have the resources to fill so much real estate with unique content.

That being said, the general layout of a JRPG world hasnt changed much since the days of Dragon Warrior: You still have your dozen-or-so towns, each populated with a dozen-or-so people, making it possible to fit the entirety of a planets population inside your local Olive Garden. While this wasnt an issue during the 8-bit days and their abstraction through necessity, in these modern, open-world-y times, the inherent sparsity of todays JRPG environments feels like a throwback to those bygone years of puny processing power.

Leave it to the quirky, low-budget Persona franchise to come up with a head-smackingly obvious solution to this whole scope dilemma: Think small. 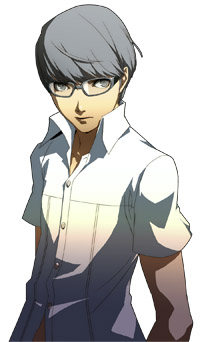 Its strange, but the daunting task of filling an entire world with high-poly, HD content didnt change the M.O. of mainstream JRPG developers one bit during our current generation; games like Blue Dragon, Star Ocean 4, Eternal Sonata, and Tales of Vesperia each looked fantastic, but clearly suffered from an older sense of globetrotting adventure straining against the reality of modern technological demands. Persona 4, on the other hand, embraces the same small scope the franchise has always been known best for -- and as time marches on, the practical ambition of Atlus makes far more sense than the epic intent of others.

Rather than taking place in an all-purpose generic fantasy kingdom, Persona 4 roots the player firmly in the rural Japanese town of Inaba; a unique setting, and one thats also very constrained. Persona 3 had a very similar approach to scale, but Persona 4 manages to trim the trace amounts of fat found in its predecessor by eliminating any sort of unnecessary space between destinations, and by giving the player a one-button shortcut for the purpose of traveling to almost any location within Inaba. This reduction limits the world of Persona 4 to just a handful of key locations, but the diurnal nature of the game means that said locations will usually have something new to find as theyre visited throughout the week. Its sort of like Animal Crossing, but chock full of demons -- and we can all agree that what Nintendos life sim lacked the most was eldritch beings.

Persona 4s small-town approach isnt simply enjoyable for its novelty value alone; exploring Inaba and getting to know its small community is a vital component of the games fundamental RPG mechanics. Since the ability to summon more powerful creatures is directly tied to your relationships with several characters within the town, its important to learn their schedules and plan your social calendar accordingly. Other elements such as side-quests, mini-games, and after-school jobs are each tied into Persona 4s time and weather systems, making knowledge of Inabas ins and outs a necessity for anyone looking to build a well-rounded party. The slightest chance of missing certain events and items -- a possible drawback of the games day-by-day approach -- may drive your average OCD-suffering RPG fan up a wall, but savvy gamers who treat Persona 4s sleepy rural town as an organic environment rather than a between-dungeon rest stop will find it difficult to miss out on anything; the ever-changing dialogue of Inabas citizens usually indicates people, places, and items of interest long before they disappear entirely. 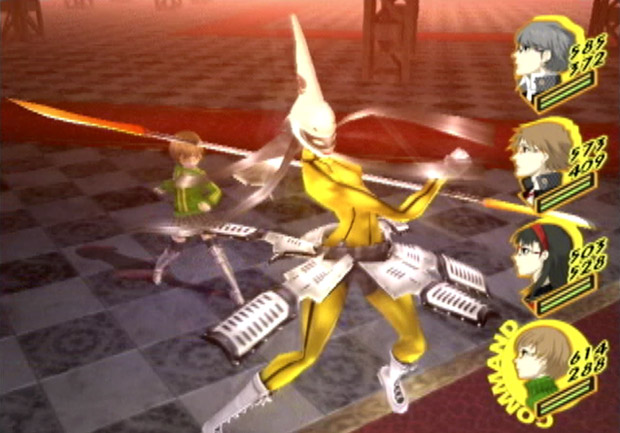 Plus, Persona 4s design makes it nearly impossible to achieve a perfect playthrough the first time, unless youre one of those hopeless schlubs who plays everything alongside a step-by-step FAQ. So, unless youre looking to suck all of the fun out of an excellent experience, your best bet is to relax and explore Inaba at your own pace. Perfection is reserved for those with the fortitude to approach a new game plus mode in an 80- to 90-hour quest.

Given the sheer length of Persona 4, its not surprising to see the games story eventually fall into the expected plucky kids save the world from certain doom stereotype. But even though the stakes are high, Persona 4s story remains low-key and approachable throughout. The games main plot, which revolves around a serial killer and the towns efforts to bring him (or her) to justice, doesnt exactly reach a logical conclusion; but again, this unique approach to JRPG storytelling -- no evil empire, no magical race, no 1000 years ago -- limits itself to Inaba alone and does a fantastic job of tugging you along throughout its various twists and turns. If anything, Persona 4 resembles American TV thrillers like Dexter and Lost more than the typical Tokienesque bloviating and relentless, ridiculous neologisms of other RPGs. And while the fantasy setting shouldnt be written off completely, its incredibly refreshing to see a developer deviate so wildly from the norm.

Its difficult to say if other developers have taken some inspiration from the small scale of Persona 4, but a few notable recent games have managed to shake the ongoing trend of Grand Theft Auto super-sized worlds. Batman: Arkham Asylum, one of 2009s best (and most surprising) games, proved that a big-budget game doesnt necessarily have to boast hundreds of square miles of explorable turf to be interesting. Its hard to say if Japans other RPG developers will eventually learn this same lesson, but hopefully someone out there is paying attention to why Atlus unorthodox RPG series has grown so popular -- not to be crude, but bigger isnt necessarily better. 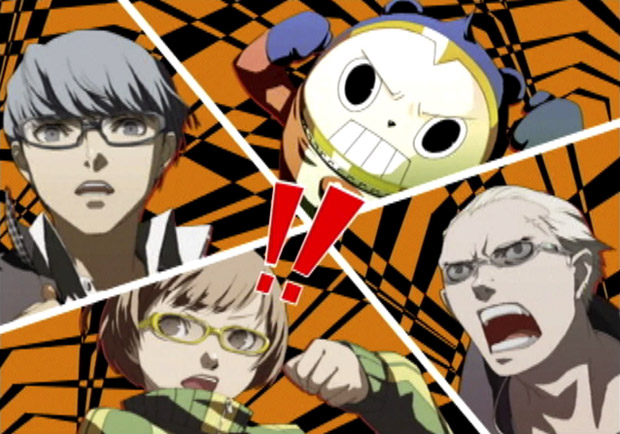