Traditions are passed down through the generations because they represent the positive force in our lives. In this way, Christmas gifts are a Holiday fixture, just like cake with friends on your birthday. If you celebrate Christmas without giving or receiving presents, you're either starving or nobody loves you.

Videogames follow traditions as well -- Pac-Man eats dots and power pellets and ghosts. Mario jumps on your head unless you wear spikes or joined the plumber's union. And Christ almighty, Sonic the Hedgehog runs really fast. These standards have given us such joy that when Pac-Man ceases to eat dots, or Sonic isn't running full throttle, we feel slighted, as if somebody in an expensive suit is missing the whole freaking point. 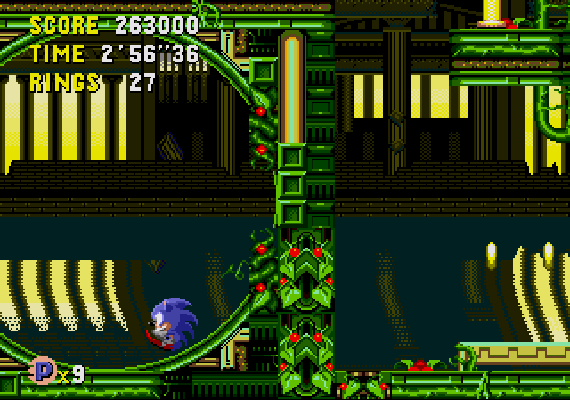 Unfortunately this idiot-in-suit disease is a recurring problem with Sonic the Hedgehog, because despite their snappy fashion those folks appear to be utterly oblivious to what makes the handful of classic Sonic games worth remembering. For Sonic, curiously, this ignorance has even spread to the development teams -- I wager Sonic's creators didn't realize that tucked away into Sonic CD was the best racing game on the Sega CD. 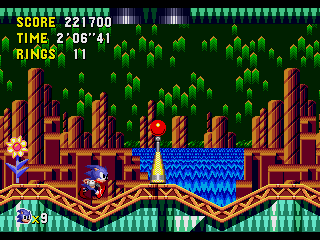 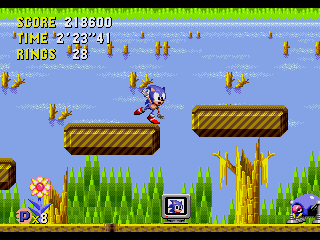 That's right, a racing game. Compare Sonic CD's seminal Time-Attack mode to an established racing franchise such as F-Zero and tell me if I'm still crazy:

Lest we agonize over specifics, let me reassure you that Sonic CD still cultivates all the platforming traditions. Not only are there wide-open stages to explore, but the game employs a wonderful gimmick: an internally-consistent timeline. Travel at 80 miles an hour after hitting a Past or Future sign, and you'll tear through spacetime, falling into an alternate stage with subtly-mutated enemies and unique loop-de-loop set-pieces. By destroying the evil monster-generators in the past, you can change the future from a rotting dystopia into a verdant paradise. Gotta do something meaningful along the way to rescuing your beloved girl-hedghog. 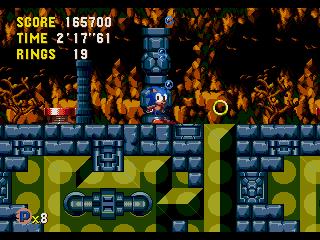 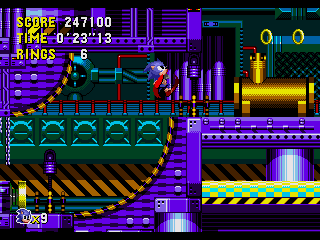 But Time-Attack mode is where Sonic CD takes its speed and gives it purpose. Moreso than other Sonic games, Sonic CD levels are layered like cake and frosting, with multiple routes stacked one on top of the other 4-5 layers high. Just like racing games, your goal is to get to the finish sign -- they could have even used a checkered flag. But beating your previous best time involves that extra pinch of creative strategy and deduction, as you weave about the strata and lock into the quickest paths you can find.

Given a friend and a stopwatch, you can time a speedrun for any videogame you like, and perhaps there are few more honest ways to earn true geek credibility. But Sonic CD does the recordkeeping for you, storing top-three times for each of the game's 21 levels. And with a fast enough overall record, you'll earn bonuses and an additional Time-Attack mode for the game's free-roaming 3D special stages. 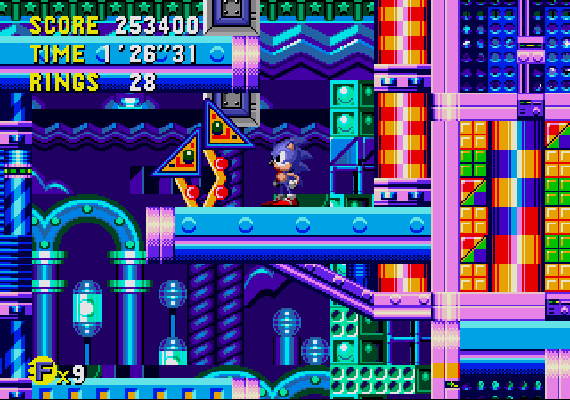 As I write, Internet scoreboards still exist for Sonic CD speedruns, but perhaps more satisfying is the hidden list of record times by Sega's playtesters. I fondly recall playing the same level over and over for hours, until I accidentally discovered a fresh strategy that chewed off a full ten seconds from my best time. After excitedly tuning my new strategy and shaving a further couple seconds, I found my record was so strong that the developers simply couldn't have envisioned the route I discovered. That is joy.

It means my turbo-charged blue hedgehog left the developers in the dust. And that speed is what Sonic is all about.

The Cake Was No Lie 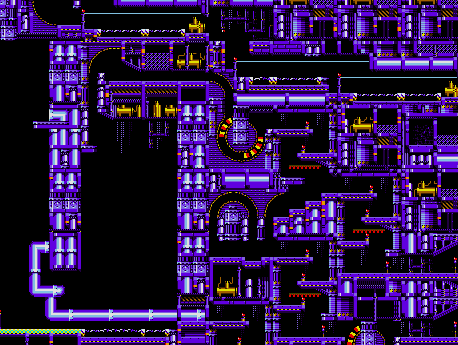 A typical Sonic CD stage is filled to bursting with springs, bumpers, rocket-tiles and sleds, but Wacky Workbench is a special case. The zone's checkered floor sends Sonic careening high into the sky at a moment's notice. Unless you play this section dozens of times, you'll never know which of these paths is fastest. 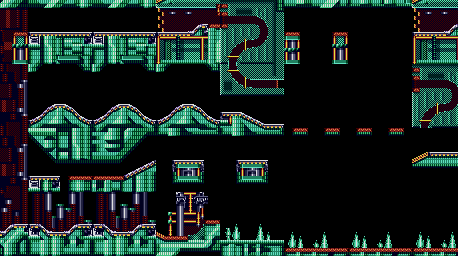 The bottom layer is often fastest, but here in Quartz Quadrant you start in the upper-left. The top tube leads to a series of platforms, ending in a small incline that hints at the necessary gravity-defying speed-dash over a final series of small pits and into the goal.

Kudos to stealth (SSRG) for the maps, and mega kudos to andrograde for loaning me his copy!