When youre the head of a major RPG studio, the next to last thing you want to hear is that the man youve put in charge of the Hail Mary prequel to your flagship franchise wants to make a dating sim, of all things. The last thing you want to hear, of course, is that you cant afford to publish your latest AAA title and have to make a number of nonsensically egregious changes to it to get a third party publisher to even touch it.

It is, in short, a nightmare scenario of the kind only project heads and studio bosses have to deal with, and, since this happens to be a Japanese studio said boss also has the pleasure of telling said employee to suck it up and employ his artistic direction the way he wants it done without any real threat of the employee jumping ship.

To extend that nautical metaphor a little further, if the captain of the ship tells his first officer to politely stick his own personal itinerary where the sun doesnt shine, said captain might want to keep a close eye on his officers activities. You have to wonder what the expression on the face of tri-Aces president was when he saw the final build of the game hed ordered up, contrary to the project chiefs stated desires.

Granted, the constant close-ups of Reimis ass whenever she gets to do the victory cheer probably didnt bother him all that much, but the rest of it might have. Considering that a major feature of the game touted before its release was the ability to travel freely between planets (with the assumption by most of the series remaining fans that this meant a return to wandering around until you felt like pushing the next plot trigger) along with a return of a more in-depth crafting system besides, you have to wonder where things went horribly wrong. 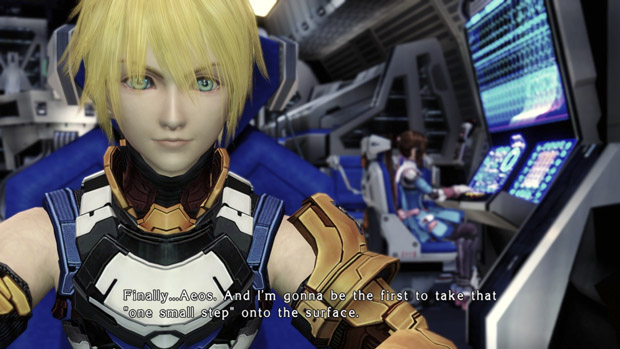 Put simply, Star Ocean: The Last Hope was a boondoggle and a charade. The guy in charge of making the game wasnt interested in making a new Star Ocean game, and instead created what we did get: An incoherent and loosely connected exercise in missed potential on several accounts, foremost amongst which is the return of Private Actions in the form of what is essentially a dating sim where the MC has to navigate a series of little cutscenes and dialog options in order to eventually unlock specific character endings. Now, previous Star Ocean titles have included this element to one extent or another, but the difference is that those older games offered little endings and scenes for each character and romantic pairing, and included a lot more of the Private Actions strictly for character development. What The Last Hope offers is a very limited and deeply unsatisfying version of a game system that had already been done pretty well in the series beforehand. And thats not even factoring in the trainwreck that was the games cast and their own individual backstories. Generally speaking, everything about the game felt like a callous attempt to ignore that Til the End of Time even existed, instead preferring a bait-and-switch with veiled and not-so-veiled references to the first three games - the obscure Game Boy Color spin-off Blue Sphere standing in as the third title.

By far, The Last Hopes greatest problem is its whole exploration and traveling between planets dealthough to be fair, its disastrous outcome wasnt stictly the developers fault either. What was implied by developers and assumed by fans was that The Last Hope would grant players the chance to explore several different planets freely while doing side-quests and furthering the plot in a fashion similar to the first two SO games. That didnt happen. What did happen instead was yet another paint-by-numbers Japanese RPG plot where you could only go to the next planet as the plot dictated, with very little reason to ever backtrack. Due to the lack of extra material beyond the odd extra chest or two, and the fact that every planet aside from Roak is tiny, The Last Hope lacks anything like immersion. Sure, its full of dungeon-diving and monster-eliminating, but its so linear that it feels empty. And then theres the horrid plot, dialogue, andonce againvoice-acting. 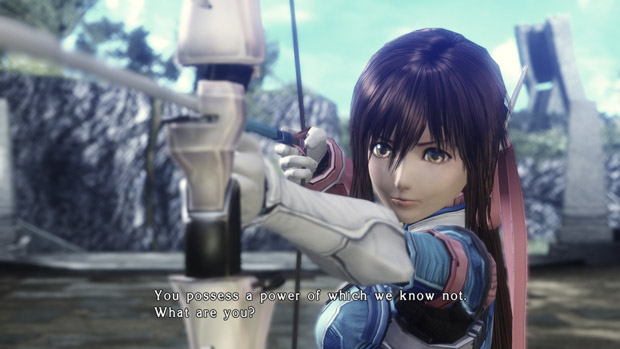 Ill resist the temptation to delve into the stupidity of the plot and why nothing that happens in this game is ever referenced in any other SO game (nor will it be in future titles, assuming the series isnt dead in the water now). But it is worth noting that the whole EN II fiasco is probably one of the more revolting bits of fanwankery, undermining a familiar plot element in a way that frankly makes no sense. All it really does is give the party the flimsiest of excuses for being able to defeat the Big Universe-Eating Bad, but according to Till the End of Time its basically just a glorified computer virus anyway, so who really cares? Maybe it would be cool in a Tron game or something, but this isnt Tron. Its just a particularly hackneyed form of space opera.

The game is such a muddled mess that its not actually any fun to play. The Last Hope cant seem to decide whether it wants to be an RPG or a dating sim, and it makes very little effort to reconcile the two halves of the game. Its a real shame, since tri-Ace did fix a number of the more glaring problems with the series item creation and combat. But little details cant save such a giant dud of a game from its laughably bad plot, irritating characters, and revoltingly linear world.