Living in Japan for three years makes it difficult to resist being infected by the culture in some way. Some people merely leave with a love of karaoke, or a taste for sake. Me, I ended up developing a taste of Japanese science fiction. And by extension, I suppose I developed a taste for giant robots as well, which serve as the chocolate to the genres peanut butter.

As it turns out, these two flavors mix perfectly with a third: Tactical RPGs. And so we have the Super Robot Taisen games, a sweet, sugary, peanut buttery confection that isnt particularly nutritious, but sure is delicious. They are the Reeses Peanut Butter Cups of gaming.

The series has endured for some 20 years because it expertly taps a specific center of the Japanese pop culture consciousnessthe center that has embraced the likes of Space Battleship Yamato, Mazinger-Z, and Mobile Suit Gundam'. Its a center that is at once nostalgic and curiously optimistic, a rowdy kid hiding behind an average-looking salaryman.

Its roots go back much further than video games, and maybe even beyond mecha itself. For a nation seeking to rebuild itself following World War II by embracing high technology, robots were the symbol of a bright futureone where Japan could hold its head high as an economic and technological powerhouse. In that light, it only makes sense that Japans greatest heroes would ride in giant-sized versions of those same machines.

Japans infatuation with giant robots has produced shows that carry the same kind of cultural cachet there as the likes of Star Trek and Star Wars' carry in the west. Over here, kids grow up to be scientists because they idolized Mr. Spock, or maybe Jadzia Dax for the younger ones. In Japan, its because they wanted to build a Gundam of their very own. 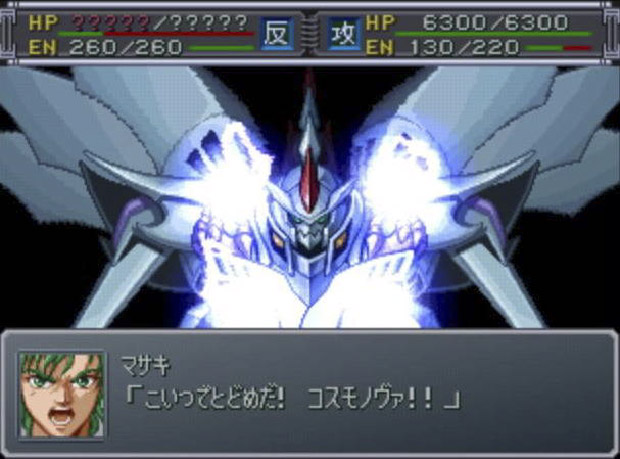 What Super Robot Taisen does is take all of that culture and fuse it into what amounts to a time capsule encompassing three decades of Japanese sci-fi. In the process, the representative series are often distilled to the very essence of what makes them great. Irritating story arcs will be cast away, popular characters who suffered an untimely death will be resurrected, and formerly incoherent plotlines are made whole.

As an example, Super Robot Taisen even somehow managed to salvage Gundam SEED Destiny -- an unholy mess of a series that is almost universally reviled by fans -- by turning its greatest weakness into its greatest strength. Where the original storyline was derailed by abruptly switching protagonists, Super Robot Taisen Z splits the robots between the two main characters and ultimately has them all face-off in a battle royale. So sweet is seeing Mazinger-Z square off against the Zeta Gundam and company that it almost redeems SEED Destiny itself... almost.

As a result of this distillation, every entry in the series ends up having its own flavor, taking on the character of the shows it represents even as it redefines them. But the secret sauce is the so-called original generation -- the mechs and pilots designed specifically for each game. They help form the storys backbone while giving events a richer overall context.

Whats great about the original units is that theyre legitimate characters in their own right. Their machines are designed by luminaries like Hajime Katoki, the same designer who has developed many of the most popular Gundams, and they fit in easily with classic characters like Char Aznable. Over time, the likes of Ryusei, Masaki Andoh, and Axel have become popular enough to warrant their own games and even their own anime, bringing the series full circle. And as it happens, they are the only elements of Super Robot Taisen to make it west, thanks to the plethora of licensing issues surrounding the mash-ups. 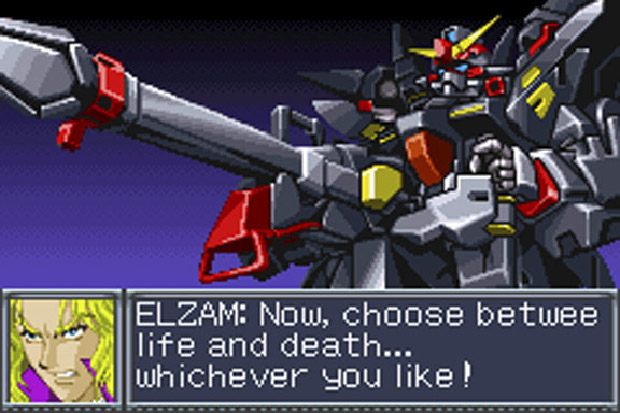 Entertaining as the original characters and the story can be though, Super Robot Taisen would never work if it werent an entertaining tactical RPG in its own right. At its purest, the gameplay is based upon the genres bedrock -- the difference between super robots and real robots. The former represents hulking machines like Voltron, the sort that can take a hit and dish out damage in return. The latter would be the VF-1 Valkyries of the world: Maybe not very strong, but extraordinarily difficult to hit.

The rest of the gameplay is derived from that foundation. Combat skills are assigned based on whether or not a unit is a real or a super, and certain optional parts are designed with one or the other in my mind. The best Super Robot Taisen games are the ones that emphasize that division while balancing the difficulty, which the Super Robot Taisen Alpha Gaiden for PlayStation does with aplomb. Unfortunately, more recent games in the franchise have started to bend the rules a little, turning real robots like the Freedom Gundam into unstoppable, untouchable killing machines.

More recent games have also started to subvert the franchises intended purpose. The introduction of the squad, for instance, has made it possible to field more robots than ever before, but at the expense of their utility. The point of the series being to build a squadron of your favorite units, its a little frustrating to find that your favorites are only good for backing up the heavy-hitters. Its a little like going to watch a baseball game, only to discover that your favorite player is riding the bench that day.

Ultimately, the best Super Robot Taisen games are the ones that have intriguing lineups with a good selection of musica good series can be torpedoed by the wrong background musicinteresting original units, good animation and proper attention to the franchises fundamental gameplay mechanics. In that sense, the Super Robot Taisen OG games are probably best the ones to come out in the past five years, but SRW Z, W, and possibly Alpha 3 were all solid in their own right as well. Bandai Namco being Bandai Namco, though, the series development has been pushed to the point that there are now three new entries per year. As Guitar Hero fans have discovered, that kind of volume makes it hard to keep up the overall quality. 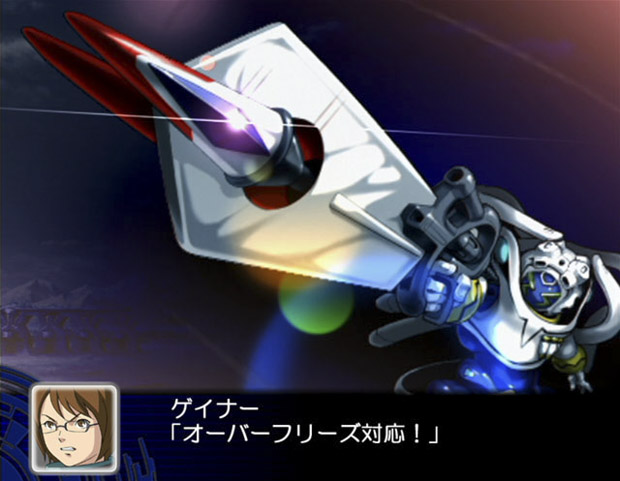 But as the Japanese gaming industry continues to wither, Super Robot Taisen has defied the trends and become an event game for even casual mecha enthusiasts, of which there are no shortage in Japan. Mecha fans as a whole tend to be pretty split on their preferences, with those who prefer super robot shows versus real robot shows (and vice versa) providing the clearest split. But all factions are united in anticipation of each new Super Robot Taisen game, if only because they know that their favorite shows will be treated right.

Its that enthusiasm which has helped Super Robot Taisen transcend its roots, growing from a simple tactical RPG to a series that has come to influence the very industry to which it pays tribute. Its home to both the well-known and the obscure, its popularity helping prompt direct sequels to former obscurities like Koutetsushin Jeeg and the creation of all new robots like the Mazinkaizer.

In many ways, its as much an essential guide to a quarter-century of Japanese sci-fi as it is a game. For anyone with a taste for science fiction, giant robots and tactical RPGs -- and maybe peanut butter and chocolate -- that makes it a hell of a treat.