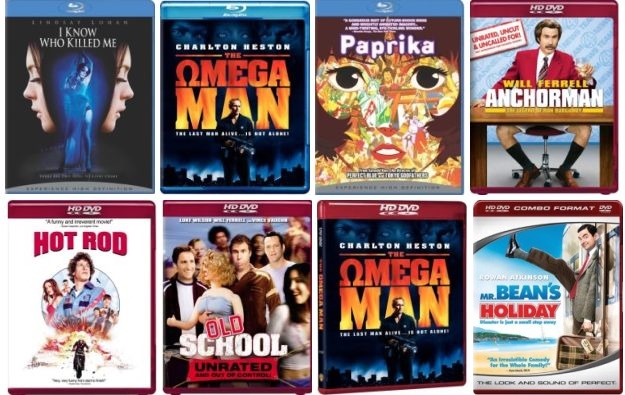 A surprisingly light week, especially considering the holiday season has arrived. I guess everyone stopped caring now that Black Friday is but a memory.

HD DVD owners can see Will Ferrel's bare ass in high definition as well as see that Will Ferrel movie that doesn't even have him in it. Blu-ray owners should be smarter than to invest in a Lindsay Lohan movie. Instead, watch a trippy anime that Mightyblue recommends in his Anime Release Column. As he knows a lot more about anime than I do, I'm going to defer to his opinion on this one. 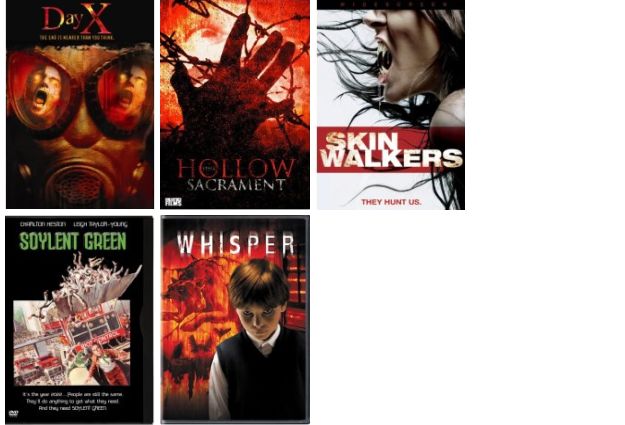 Another release of one of the most spoiled movies of all time highlights the horror releases this week. I knew the ending of Soylent Green before I even knew who was in it or what it was about.

Feedback is the belt which keeps the pants of Add To Queue from falling down around its ankles. They'll all bony and stuff, so this is a good thing. What dead television show would you like to see revived as a DTV series? I choose Buffy, tell us your choices on the forum!

Prepared with the assistance of The Digital Bits, a wonderfully comprehensive home media site, and cover art courtesy of Amazon, where you can purchase any of these titles. Rent all of the movies covered in the column online at Netflix. We recommend waiting until the format war is over before investing in an HD player, but if you have to do it right away our money is on Blu-ray. Be sure to PM the author via the forums if you have any suggestions for the column. You just have to give guys a chance. Sometimes you meet a guy and think he's a pig, but then later on you realize he actually has a really good body. Thanks for reading!