Media | A2Q Archives | Blog | Twitter | A2Q #38: The "This Is Not A Cry For Help" Edition | May 6, 2008: Welcome to this week's highlighted home video releases, focused entirely on the American market. Sorry, rest of the world. Except Quebec. I don't apologize to French-Canada.

Pick Of the Week 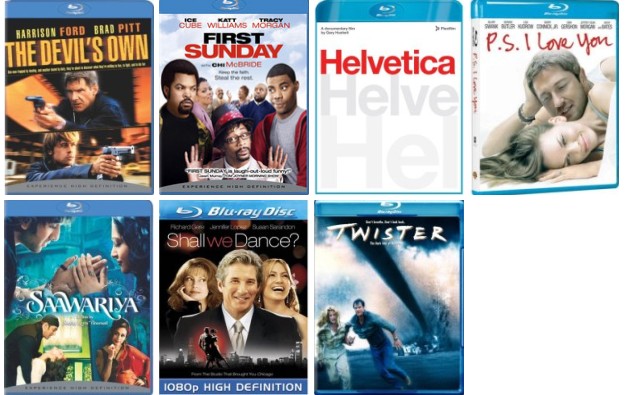 The biggest news for some this week is one of the first Bollywood releases to make it to Blu-ray. Personally, I don't see the appeal of Bollywood. Some of the most beautiful women in the world, in a genre that is unselfconsciously about being fun? Who would want to watch that?!? There's also a Blu-ray that is apparently about a font. I'm intrigued! Finally, Twister hits Blu-ray. I've never seen the film, but the trailer gave my wife a nightmare so I guess that's a recommendation of sorts.

Cover art courtesy of Amazon. There will be a substantial reward for the one who finds the Millennium Falcon. You are free to use any methods necessary, but I want them alive. No disintegrations. You can best contact me by leaving a comment on my geek culture Blog or following me on Twitter. You can also now e-mail me at vsrobot [dot] blog [at] gmail [dot] com. Thanks for reading! Updated 6 May 2008 to correct minor factual errors.