Half rabbit, half consumer electronic appliance, telebunnies once roamed the dusty plains of Arizona, peacefully grazing in pastures of lightbulb plants and bringing the flickery illumination of shoddy programming to the hinterlands.

Sadly, telebunnies are thought to be vanished now, pushed to extinction by the arrival of mutant high-definition breeds who were then slaughtered by Microsoft employees to be given away as door prizes at Game Developers Conference 2005.

Before they were driven out and slaughtered, telebunnies were sometimes seen in the media. For instance, the game Karaoke Revolution Vol. 2 featured a telebunny on a special unlockable shirt, although sadly it appeared on the game's most disgusting character -- an ignominious fate for such a harmless and likable creature. 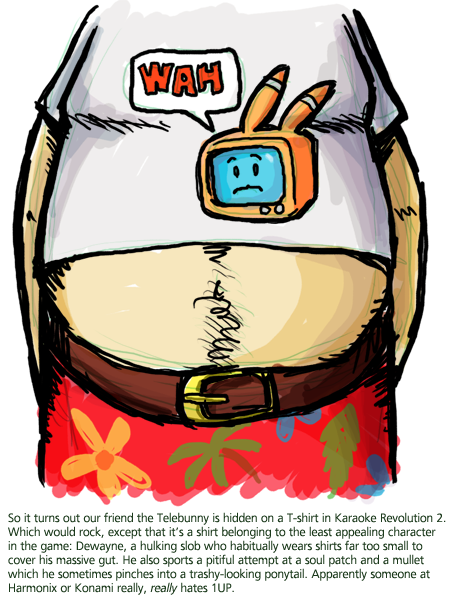 Occasionally telebunnies have been known to shill for 1UP, although it's unknown whether this is a natural inclination or something forced upon them by captors. 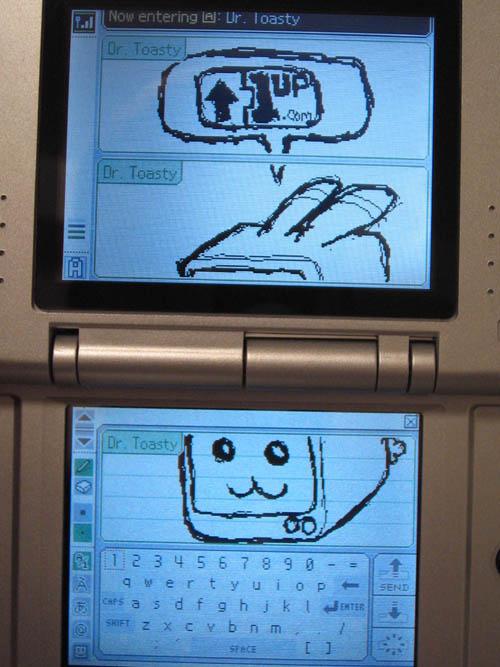 We'll always remember fondly the noble telebunny, ill-fated though it was. May the fields of Ellysium be overgrown with lightbulbs.