When it comes to writing GameSpite articles, Ive since realized I usually rely on a familiar formula: namely, how [OBSCURE TITLE] shattered genre expectations with amazing results, only to alienate everyone except the few who actually appreciated its idiosyncrasies. My apologies to those sick of this repetitive rubric, but Breath of Fire: Dragon Quarter could be the quintessential example of the misunderstood rebel that played by its own rules and soon found itself disqualified from the game altogether. With this fifth installment of the Breath of Fire series, Capcom sought to transform a highly derivative franchise into a groundbreaking event, and broaden the possibilities of Japanese RPGs in the process... so it shouldnt be any surprise that Dragon Quarter flopped hard, leaving the genre to continue spinning its wheels in decades-old turf to this day.

Looking at the games preposterous premise, it isnt hard to see how Dragon Quarter could scare potential players away before they had a chance to break the shrink-wrap. RPGs are generally known to feature at least 30-50 hours of game play, and here was a representative from the genre proudly proclaiming that youd have to commit to multiple playthroughs just to finish the damn thing. When the game quietly slipped into the retail world in 2003, Dragon Quarters unique mechanic was something that casual RPGers and the hardcore gaming press alike refused to wrap their heads around, even though it made for a refreshing change from the tepid library of the early decade's console RPGs that never took the initiative to experiment so drastically. But those willing to eschew familiarity in favor of a one-of-a-kind experience soon discovered that Breath of Fire: Dragon Quarter was one of last generations finest RPGs. 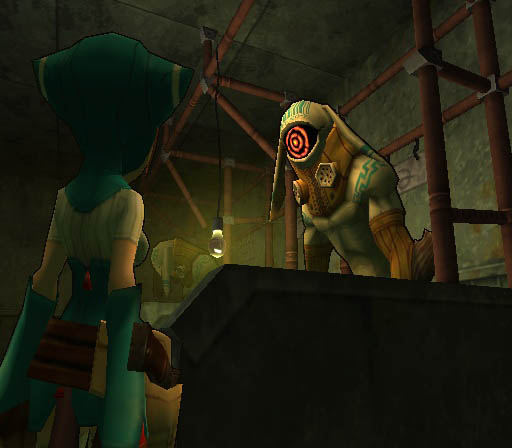 Fans of the franchise were undoubtedly shocked by how little Dragon Quarter culled from previous installments: Aside from returning characters Ryu and Nina, this sequel drops the standard bouncy, furry-friendly Breath of Fire adventure in exchange for a dreary underground dungeon hack where your primary motivation involves the simple goal of reaching the surface. But the games adorably named SOL (Scenario Overlay) system can take credit for giving both the genre and the franchise its biggest shake-up. Like the similarly alienating The Legend of Zelda: Majoras Mask, Dragon Quarter is almost impossible to finish on a first attempt; however, just like in Links second N64 adventure, Ryu and his plucky gang of cave dwellers also have the ability to keep some of their powers, experience, and items when its time to go back to day onethough their ability to cheat the space-time continuum is never really explained within the game.

Playing through the same RPG over and over againno matter its lengthcan be an award-winning recipe for tedium, but thankfully the Dragon Quarter team gave players some incentive along the way. Youre always given the benefit of growing slightly powerful upon restarting the game, which allows for a more effective use of the D-Counter, a timer of sorts that slowly ticks down when left alone and decreases by orders of magnitude whenever Ryu uses his ultra-powerful dragon transformation skills. When the D-Counter hits 100% and its time to restart -- though the game can end whenever a player so chooses -- Dragon Quarter assigns a rank based on how well youve done up to that point. While working up to the almighty ¼ D-Ratio (the eponymous Dragon Quarter) is the ultimate goal, any increase in rank always makes new items, areas, and even cutscenes available. Dragon Quarter does a fantastic job of avoiding typical RPG tedium with its strategy-RPG-lite battle system alone, but its still refreshing to see the developers use carefully paced rewards to prevent the boredom thats almost destined from the games premise. 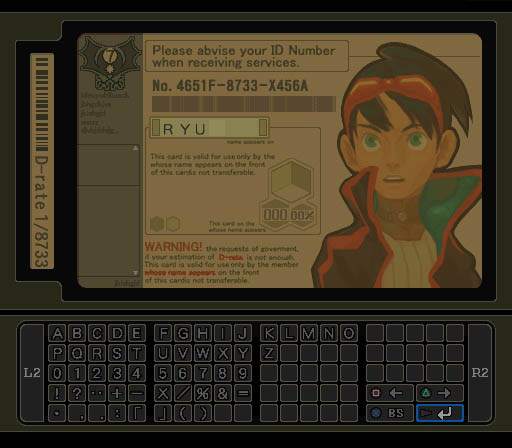 Though Dragon Quarter barely made a ripple in the gaming world with its misconstrued mechanics, the Scenario Overlay System would get a new lease on life -- and see far more complaints -- in the 2006 Xbox 360 hit Dead Rising?. While the SOL makes slightly less sense in an action context, fans of Dragon Quarter feasted on pure schadenfreude when they heard the constant message board griping about Dead Rising's infernal save system. It shouldnt be any surprise that both Dead Rising and Dragon Quarter share several team members, and these sly foxes no doubt took great joy in sneaking a quirky system from a flopped RPG into a mainstream, zombie-slaying blockbuster. But we Dragon Quarter fans, having tamed the SOL years ago, simply scoffed at gamers who were once again confused by a game that required multiple restarts for the sake of progress. The SOL might not be everyones cup of tea, but for those willing to experiment, Dragon Quarters unorthodox conceit provides an unmatched experience, and the kind of outside-the-box thinking we desperately need in all genres of gaming.