X-Com is the game Sid Meier wishes he had made.

Not to take anything away from Mr. Meier's long legacy of excellent games, but X-Com is the apotheosis of "just one more turn" gameplay that Meier's games like Civilization are known for. Most impressively, X-Com is really two games -- a city simulation and a tactical RPG -- and both of them work well together. And, of course, both possess that ineffable, addictive quality.

X-Com: UFO Defense, originally released in Europe as UFO: Enemy Unknown, puts you in control of the international Extraterrestrial Combat Unit. You're charged with investigating and preventing the abduction and terrorism that recently-sighted UFOs have caused. When the game starts on January 1, 1999, you have a base with a few craft, a few personnel, and a wide open planet Earth on which to attempt to find aliens.

X-Com's base-building section not only makes it more than just a tactical RPG, it actually makes the tactical portion better. Most other tactical RPGs just present scenario after scenario, sometimes with story in between and sometimes with some choice about which to do next, but rarely with any overarching strategy. X-Com's simulation portion makes each battle feel connected. 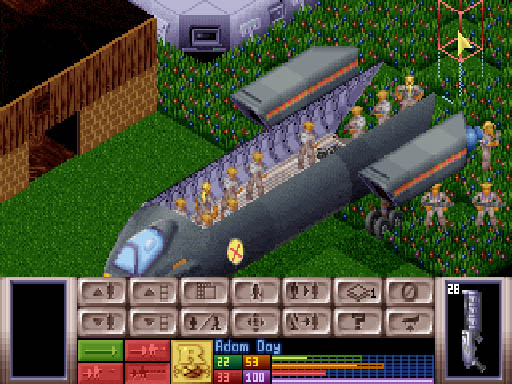 In between the turn-based tactical missions where you must kill or disable each alien, you are tasked with running the X-Com organization. With your limited budget, you must add to your base by building radars to detect UFOs, constructing ships to intercept them, training troops and requisitioning supplies. After successful missions, you can have your scientists analyze the alien artifacts and bodies you have recovered. Perhaps you will use this knowledge to have your engineers build new items. Meanwhile, if you manage your budget well, you can expand your base, perhaps adding a holding cell so you can capture aliens alive and later interrogate them. Or maybe it's time to build a new base for better detection and response times in a different part of the world.

The other major attraction of X-Com is its atmosphere. X-Com creator Julian Gollop wanted to capture the horror-suspense vibe of UFO abduction stories. X-Com was set in the near future to give the game a familiar setting, thus making the UFO invasions seem more, well, alien. At the beginning of the game, alien technology is clearly superior to what you have, providing a sense of vulnerability. You know nothing about the different types of aliens before you face them, making each encounter a potential surprise. It was probably a tremendous boon to sales that The X-Files premiered a year before and used the same UFO mythology.

The design of the squad-based tactical combat plays into the suspenseful atmosphere. Line-of-sight vision and reaction shots mean that not only is an alien potentially around every corner, but it is also there waiting to ambush you. Some missions take place at night, obscuring aliens even more. Since they can see better in the dark than your soldiers scan, you often see shots whiz past your soldiers' heads or hear footsteps, creating tension as you try to pinpoint their location. The subtle, yet creepy music only serves to accentuate the suspenseful feeling. 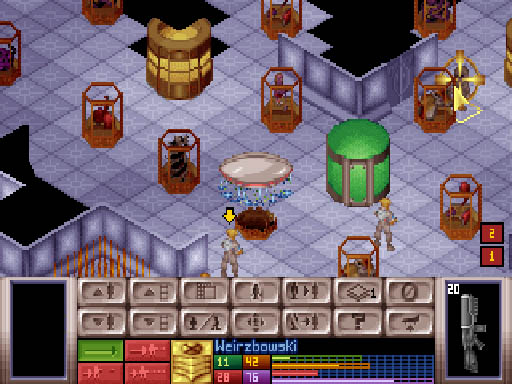 Sadly, none of X-Com's sequels ever managed to recapture its magic. Its direct sequel, Terror From the Deep, may have made research more interesting, but it drastically increased the difficulty by making aliens take many more shots to kill and adding new missions that took forever to complete. The next sequel, Apocalypse, lost charm by changing the setting of the game to a more futuristic style and changed the combat engine for the worse. The subsequent sequels were of completely different genres until the series was mercifully put to rest.

The story goes that X-Com was originally conceived as a purely tactical game. When creator Julian Gollop took it to Microprose, they told him that they liked the game, but wanted it to be epic in scope like their Civilization games. So that's exactly what he and his team at Mythos Games made it. Changing the setting to alien abductions on Earth and creating the need to capture and research alien technology introduced a grander strategy and more addictive gameplay. By being asked to make a game more like Civilization, they ended up creating a smash hit that Sid Meier would have been proud to call his own.