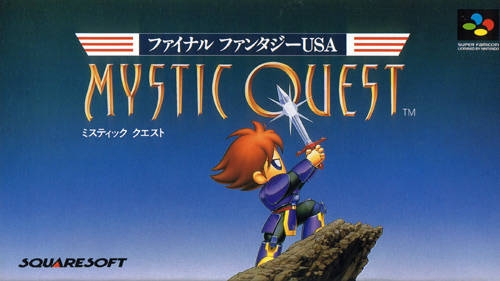 That "USA" in the title is important. It stands for "U Stupid Americans."

Let's begin on a fair note: Final Fantasy Mystic Quest isn't a bad game, merely a simplistic game. And a very, very linear game. It's also a poor excuse for a Final Fantasy game, which would explain why the European release -- which was published by Nintendo rather than Square as in the US and Japanese releases -- was titled Mystic Quest Legend instead. Particularly savvy readers may remember that Square released the three GB SaGa games under the Final Fantasy Legend moniker, which may lead one to the conclusion that even Square felt that Mystic Quest was a sideshow to the main series. It is, of course, but that shouldn't automatically be considered a flaw. See, there's this one game called Final Fantasy Tactics?... 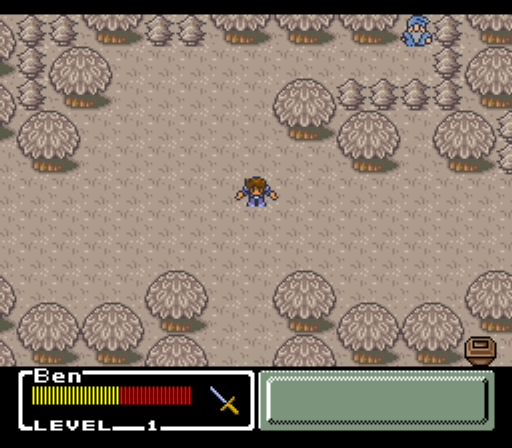 But yes, this is a very simple and very linear game. Combat is strictly turn-based, with your hero restricted to four types of weapons (all of which receive periodic upgrades throughout the game, but not through shops) and a grand total of twelve spells, divided into three catagories: White, Black, and Wizard. In an odd twist of either fate or black humor, ten of those spells are offensive (or mostly offensive) spells. The game doesn't provide a pool of magic points each class of magic type; since you'll be using White magic the most and Wizard's the most powerful, you'll end up with far more White MP than you will Wizard MP. Additionally, the game throws in a complex system of strengths and weaknesses to both elemental and weapon attacks, so keeping in mind which spell and weapons do what is kinda important.

Well...that is to say it would be important, if only the game weren't so easy. You'll also get the occasional armor upgrade as well; these are truly worth the exorbitant prices you'll pay for them, since many of the strongest pieces of armor offer immunities or defenses against a variety of elemental and status attacks. 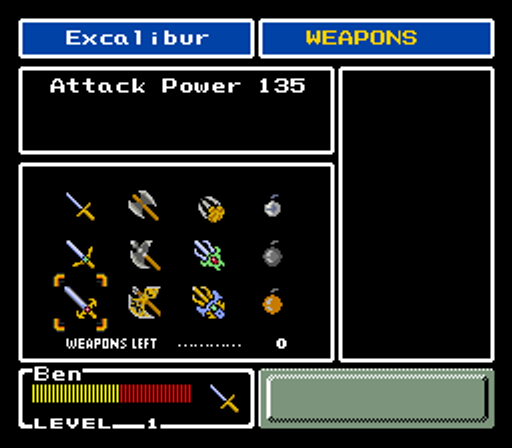 The varied weapons you'll pick up (along with their upgrades) serve to do more than increase your attack power. In a somewhat unusual twist -- for 1992, anyway -- they actually serve to help manipulate and navigate the terrain navigation. Each of the four different weapon types will allow you to make your way to different spots on maps you couldn't before, though unlike Zelda or Metroid, you'll have little or no reason to backtrack once you obtain a new ability. You could go back to previous areas, but Mystic Quest is so linear that the first time you go through an area you'll likely get every bit of treasure hidden there anyway. 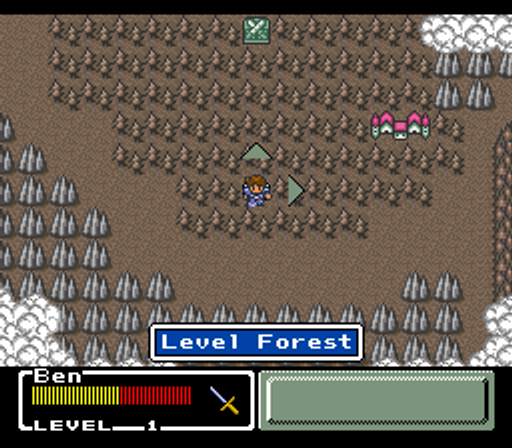 Say, I'd bet you want to check out that forest over there, right? Too bad there's no dot there.

Oh, you can jump, too, but the only things you can jump over are water and land tiles. And since the developers thoughtfully placed monsters wherever you need to go, you'll often find routes blocked until you go and spatter the walls with monster goo anyway. But hey, at least there are no random encounters. 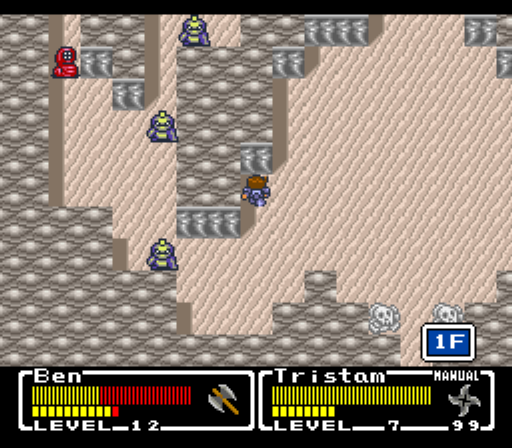 "What? No random encounters, you say!"

Yes, the one area in which Mystic Quest was answering player's demands long before players knew they would be demanding it. Ironically, Square took almost fifteen years to learn from its own work and introduce this somewhat revolutionary concept back into the series that spawned it.

This brings us back to the original idea behind FFMQ -- the notion that Americans are freaking stupid and can't handle normal RPGs. This is also much the same reason behind the greatly-altered version of FFIV we saw on the Super NES. Yes, the reason Mystic Quest killed random battles and anything resembling a gameplay system is that the Japanese developers assumed Americans couldn't handle a full RPG -- despite our having weathered the blows of the first FF and the Dragon Quest series, among others. And the fact that Ultima and Wizardry got their starts in America to begin with. 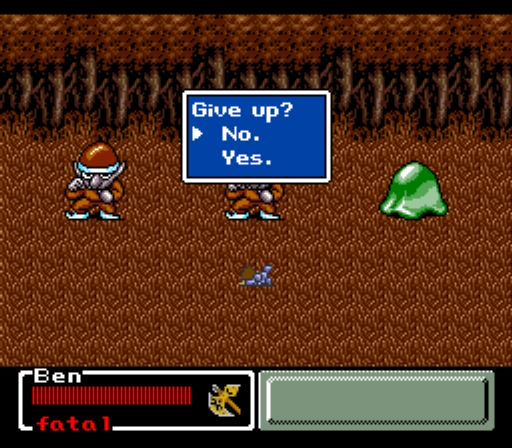 FFMQ is pretty much the oft-ignored short bus sibling of the FF family.

Arguably, it could be said that the reason it's possible to futz around on the map is because the game is so linear, so "point A to point B and kill things" that the developers had to add something in to keep the game from being too simplistic.

And yet, in a twist of delicious irony, Americans thought the game was too much of a kid's game, too simple for even their unrefined cowboy senses. To put it another way, in reaching out to American gamers, Square somehow managed to undershoot our nation's famously barrel-bottom lowest common denominator.

In its defense, though, Mystic Quest's music was totally awesome! Sigh.