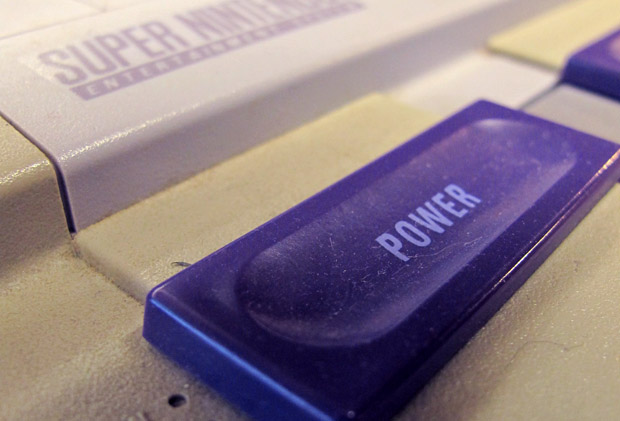 The name Super NES -- Super Nintendo Entertainment System -- is a lie. It very nearly wasnt, though; early renders of the hardware hinted at backward-compatibility with the NES in the form of dual cartridge slots that could accommodate both 8- and 16-bit software. The Super NESs processor is notoriously pokey, but its a descendent of the 6502 that powered the NES, by all appearances a compromise of power in favor of backward-facing versatility. Moreover, the hardware includes a dedicated hardware mode, Mode 6, that emulation and programming experts generally describe as an NES PPU compatibility mode.

For whatever reason, Nintendo ultimately decided not to make the Super NES capable of running its predecessors games. Maybe it was a matter of cost, as the final components to enable an effective NES mode are theorized to have been fairly expensive at the time, and Nintendo has never been much for feature bloat at the expense of affordability. Alternately, some speculate that latter-day NES games like Battletoads ran so close to the metal that the slightest difference in hardware would have rendered them inoperable, meaning the Super NES would have offered incomplete support for the NES library: Another un-Nintendo-like compromise.

Yet despite its literal inaccuracy, the name Super NES wasnt completely misleading. While the consoles designers abandoned their initial plans to create the ultimate Nintendo gaming machine somewhere along the line, the system they put together was nevertheless a true successor to the NES in a spiritual sense. The Super NES was defined by the franchises and genres that Nintendo and its third parties had invented in the 8-bit days. While certain concepts and brands came into their own on Super NESfighting games dominated the majority of the systems life, brawlers were everywhere, and many swear that the console RPGs of the Super NES era represent the prime of that formats lifemuch of the systems appeal was the fact that it offered expanded and enhanced versions of the games that NES devotees had grown to love in the second half of the 80s. From Super Mario World? at launch to Mega Man spin-off Rockman & Forte at the dusk of the consoles long-running tenure in Japan, the appeal of the Super NES was at its strongest when classic franchises were involved.

Still, few would argue that the Super NES didnt play host to genuine creativity and innovation as well. Nintendo and its licensees focused primarily on the refinement and perfection of existing ideas when developing for Super NES, but even as the competition was driving up ROM storage space and driving down media costs with a growing assortment of CD-based consoles and add-ons, the Super NES development community didnt always play it safe. As on NES, carts with integral chips helped programmers break beyond the systems hard-wired limitations, enabling both ambitious forays into 3D visuals (Star Fox, Mega Man X3) and never-before-seen 2D effects (Yoshis Island).

The systems Sony-built audio hardware deserves special notice, as it granted composers and programmers alike unparalleled opportunities to explore new horizons in audio design. The consoles built-in sound libraries gave birth to some of the most memorable game soundtracks ever composed; in the consoles first year alone, gamers were treated to the blistering shred rock of F-Zero; Yuzo Koshiros ActRaiser score in all its John Williams-esque bombast; the swirling symphonies of Final Fantasy IV?; and the atmospheric jazz-fusion textures of Super Castlevania IV. Before long, ambitious composers began to explore the possibilities of sampling, which gave rise to the likes of Secret of Mana with its haunting whale song and gamelan-like layers of percussion. And then there was EarthBound?, a work in its own league: An exercise in audio appropriation years ahead of the music industry... and reputedly well beyond the patience and resources of Nintendo of Americas legal team to defend against potential plaintifs all these years later.

The Super NES had the odds generally stacked in its favor, and that likely explains why Nintendo took such a conservative approach to the system: It seemed like a sure win. And it was, actually, at least in its home territory, where NECs PC Engine (TurboGraFX-16) trailed as a distant second in popularity while the Mega Drive (Segas Genesis) was the lonely odd man out. Outside of Japan, though, Nintendo had a harder time convincing players that the Super NES was a foregone conclusion. The console stood toe-to-toe with the Genesis for years in both the U.S. and Europe, and Segas own incompetence in splintering the market with pricey add-on peripherals likely had as much to do with the Super NES ultimately shattering the Genesis dominance as any particular brilliance by Nintendo. While the Super NES netted its share of coups -- Street Fighter II, Star Fox, Donkey Kong Country -- each of those was seemingly matched by an ill-conceived screw-up, like the laughable censorship the company imposed on Mortal Kombat, a game whose sole appeal lay in its sheer audacity.

Really, though, the bigger issue that Nintendo faced in the West is that it was a Japanese console through and through. That cultural specificity had worked in the NESs favor, because 8-bit games had been limited and primitive enough that they seemed divorced from any particular nationality (at least the ones that didnt cater to idiomatically Japanese interests, anyway; the Famicom of course played host to an ocean of pachinko and mahjong games that never made their way West). With the added visual capabilities and resulting depth of content enjoyed by 16-bit systems, though, many Super NES games tended to betray their point of origin a bit more obviously. On the whole, games made by Japanese developers for Japanese audiences simply enjoyed the general refinement that marked the overall Super NES ethos, and that often caused designers to focus on the specific traits that their target audience enjoyed, playing up narrative devices, role-playing mechanics, and anime-inspired visual shorthand that didnt always speak to American or European audiences.

At the same time, the success of the NES around the world had coaxed many Western developers away from the safe confines of the personal computer to which they had retreated when the U.S. market collapsed (or, in the case of the U.K., had simply gravitated toward from the start). 16-bit console games of American and European origin werent the guaranteed trash that their 8-bit predecessors had been. Big names like Electronic Arts and LucasFilm Games (aka LucasArts) set their sights on 16-bit machines and began producing games as good as those from Japan. This worked to the advantage of Segas Genesis, as its arrival -- two years ahead of the Super NES -- coincided nicely with EAs push into the console space with excellent sports games designed to appeal very specifically to U.S. audiences. This gave Genesis a distinct early lead in the West; the promise of deep RPGs to come was seemingly sufficient to cause Japanese fans to bide their time until the Super NES launched, but Americans and Europeans quickly gravitated toward the immediate thrill of Segas action and sports lineup. Genesis relatively speedy processor was better suited to handle such games anyway, whereas the pokey Super NES chip did better with games that moved at a more more measured pace.

With Sega (and NEC, to a lesser degree) nipping at its heels, the Super NES also faced the forward-facing threat of a looming shift in the nature of games and hardware design. Processor speeds increased considerably in the early 90s, while manufacturing costs dropped seemingly in proportion, and suddenly the prospect of real-time 3D visuals on consumer hardware became less a sci-fi dream and more like a stark reality. At the same time, compact discs had gained critical mass in the music industry, making them a viable data format; they were capacious and inexpensive, unlike the miserly sold-state media most consoles featured.

Nintendo recognized this reality from the beginning, and the Super NES was designed from the beginning to be expanded with a CD peripheral similar to the TurboDuo and Sega CD. Much like plans for backward compatibility, though, the SNES CD-ROM never materialized. On the contrary, the situation exploded in Nintendos face, resulting in a lame-duck licensing deal with Philips for their underwhelming CDi console standard and a very incensed Sony. The latter would go on to sublimate its rage into a fierce competitor for Nintendos subsequent console (for more on that, check out GameSpite Quarterly 8, now on sale at fine Internets everywhere).

Despite Nintendos stumbles and rapidly disintegrating plans, the Super NES managed to hold its own in the face of both the old and new generation of hardware. By the time Nintendo retired the system in the latter half of the 90s, it had become the undeniable victor of the 16-bit era. It ultimately outsold both Genesis and PC Engine in every territory while fending off the advances of would-be usurpers such as the CDi, 3DO, Jaguar, PC-FX, Pippin, and others. Still, its victory wasnt as clear-cut as the NESs had been, carving a minority marketshare for itselfa far cry from the 90% control enjoyed by its predecessor.

Perhaps the bumpy road the system was forced to travel helps to account for Nintendos sometimes shocking ruthlessness during the 16-bit era. If the NES was Nintendo as a Vito Corleone, confidently and compassionately controlling the market, the Super NES saw the company become Michael, coldly severing ties and ordering the execution of those from whom it presumed betrayal. Nintendos executives had no qualms about backing out of their massive Sony deal, and they were more than happy to throw Sega to the wolves during Congress hearings about controversial content in video games in order to strengthen their own position at the expense of the medium as a whole. Nintendo continued to impose draconian terms on third parties, leading stalwarts like Capcom and Acclaim to bleed money as the 16-bit market waned. To many, the 32-bit era and the relative failure of the Nintendo 64 was a much-deserved comeuppance for a company that had grown bloated and complacentfactors that definitely played into Nintendos public humbling in the decade following the Super NESs retirement, which in turn fueled its ascent back to the top during the most recent hardware generation.

Dirty dealings and ugly practices are interesting from the historians perspective, but they have little bearing on the gamers experience. Despite the ugliness that sometimes surrounded it, the Super NES consistently delivered some of the most polished, entertaining games ever produced. When Super NES fans think back on the system, they dont think of the lie inherent in the consoles name, or the back-room double-crosses, or bloated prices, or the third parties swimming in red ink and unsold games. No, they think of classic games that looked and sounded as good as they played. The Super NES was many things, but most of all it was home to timeless software.