Theres a common misconception about Final Fantasy: Crystal Chronicles. It concerns the one of the games most infamous conceits: The chalice players must carry around that provides a protective bubble that shields their teammates from the corroding miasma that covers the games terrain. Reviews and criticism often assert that should players leave the protective sphere supplied by the chalice, they will die.

This is incorrect. In reality, should a player grab a heal spell orb, even if theyre specifically not the designated healer, they can stand outside the bubble and keep healing themselves indefinitely. In this case, the remainder of the team can move on once they have pleaded with the player to get back in the damn bubble already. As such, the team can fight as a three-member party, even though the game is still spawning enemies as though its a four-man squad. Now the notification that the player is off screen half the level away is blinking incessantly, and were going to have to fight the boss without a mage, and I have to find another heal spell orb, and Sean has to handle offensive spell-casting duties even though his magic stat sucks. God, Brandon, why are you being such a dick!?

The reality is Crystal Chronicles is a really tricky game to criticize or quantify simply because so much of the game experience is dependent on who one plays it with. Thats a bit of a cop-out considering ones experience with any multiplayer game is going to be affected by their playmates, but its particularly true of co-op games, and particularly true of Crystal Chronicles, a game preoccupied with cooperation. 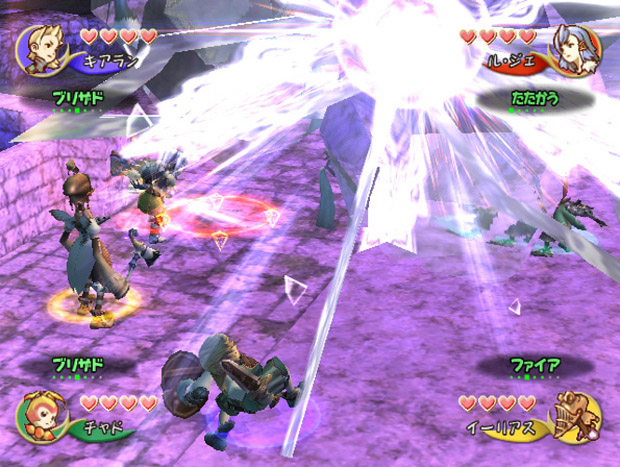 Crystal Chronicles was presented as the flagship entry of Nintendos connectivity initiative, a concept that never took off, to the surprise of no one. In an industry moving ever more quickly towards online multiplayer, Nintendo banked on the idea that players would want to play with their friends using controllers that had fewer buttons than usual. To be fair, headlining this alternate take on multiplayer with the long-awaited return of Square into the Nintendo fold was not a bad idea. But even for a series in which spin-offs and bizarre offshoots are standard fare, Crystal Chronicles was too much.

A lot of that was just how arbitrary and unnecessary the games mechanics seemed. Using your own screen to navigate menus is useful, but only to a certain point. Randomly selecting players before each level to hold the map or treasure locations is frankly not necessary. Requiring players to re-collect spells every level is unintuitive and sometimes frustrating. And of course theres the chalice, or bucket as most gamers preferred. It was one of many game elements seemed to point towards Crystal Chronicles having been conceived with a central gimmick in mind, with everything pasted on top of that.

But even though such elements appeared forced, the end result is exactly what the developers intended: Crystal Chronicles is an intensely cooperative game. 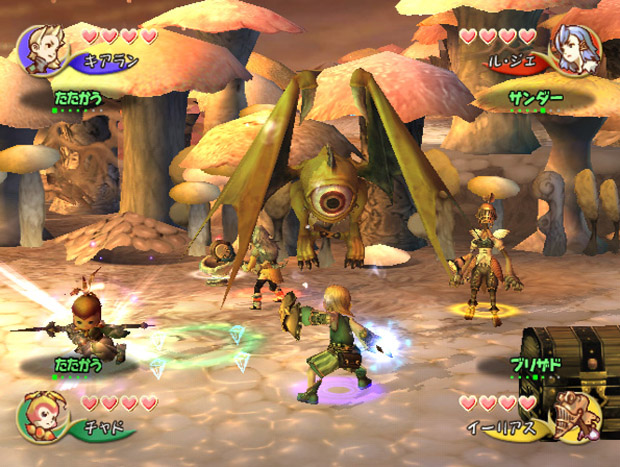 Assigning one player the map initiates a repartée that is sustained through a play session. Re-collecting spell orbs emphasizes a spirit of item-sharing and encourages a flexible division of labor amongst players. The chalice enforces group solidarity and adds yet another role that needs to be juggled by the team. The games spell-chaining system requires a constant stream of chatter to assure the timing works out just right. Everything in the game fosters a cooperation between squad members and ensures players experience a sensation rare in the world of console gaming.

Thats the ideal, anyway. Like I said, a lot of how much you enjoy the game is based on how well your group buys into the games brand of cooperation. Mine did. Our weekly sessions were always something to look forward to. We bought into the games teamwork-centric gameplay and even devised our own additions to the games cooperative groundwork. Whenever someone grew low on health, he would yell Group Hug! whereupon the group would huddle close to the white mage (myself) where they all could be regenerated by a single healing spell. There were other codes and jargon we laid on top of the games veneer, including the lofty designation of Official Bucket Relocation Engineer, the more polite euphemism for Bucket Bitch (once again, me).

Theyre little things that add up to make my groups experience with the game different from the experience that most other players have had. Certain games conjure up memories of particular times or places or people for many gamers, but Crystal Chronicles cooperative nature practically forces you to remember it terms of who you played it with. Because really, the difference between Crystal Chronicles and a generic online multiplayer hack-and-slash, besides some great music and charming visuals, is that youre sitting on the same couch as your team members. Its impossible to separate my memories of the game from those of my friends. So while the game may have some questionable design choices, its primary function was a conduit for a collaborative game experience with them. And while sometimes that collaboration could be, um, strained, Ill always look back at them fondly. 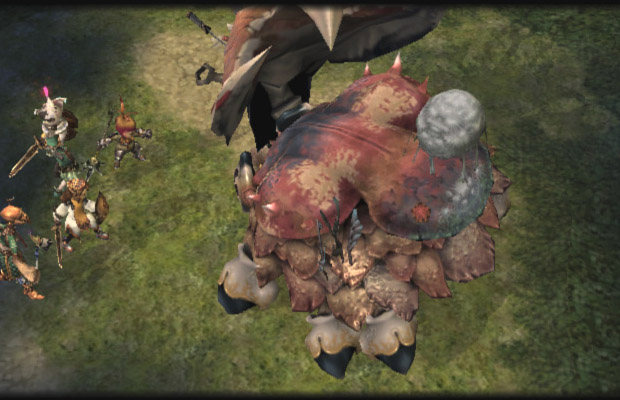 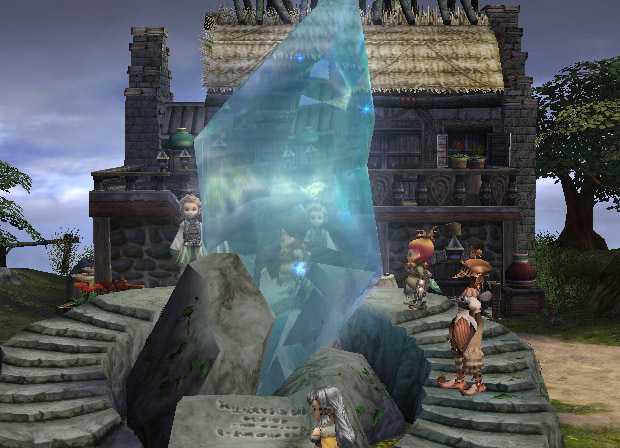