No series treats its enemies with as much respect as Mario. Sure, Dragon Quests most iconic character is the slime, and some recurring Final Fantasy enemies have become synonymous with the franchise, but no series puts its ostensible villains under a sympathetic spotlight more than the Mario games. There is a very practical reason for this: In a series that includes scores of sports, puzzle, RPG, and board games with only five or so protagonists, youre eventually going to have to dip into the well of enemies to fill go-karts and baseball rosters. After playing tennis as a shyguy or playing as a dry bones in Mario Party, its hard not to become the slightest bit emotionally attached to the characters normally treated as speed bumps.

This trend is especially prevalent in the Paper Mario: The Thousand-Year Door, which populates Marios party with goombas, koopas, and boos. This is opposed to Super Mario RPG, which felt the need to invent new protagonists to fill party slots with the sole concession of Bowser. But instead of a ground-breaking, comic-book-crossover like event, Thousand-Year Door makes it seem like nothing could be more natural than Mario teaming up with a bob-omb.

This is all thanks to the series particular vision of the Mushroom Kingdom. Its a melting-pot of cuddly races all living in harmony, where creatures normally treated as ravenous beasts are civilized individuals. Villages of peaceful goombas and koopas are home to wise sages and precocious youths eager to prove themselves. There is a goomba archeology grad-student, a salty bob-omb sea captain, a bumpty genius detective, a koopa professional wrestler, a mouser gentlewoman thief, and a buzzy beetle mechanic. That is, a mechanic who is a buzzy beetle, not a mechanic who repairs buzzy beetles. 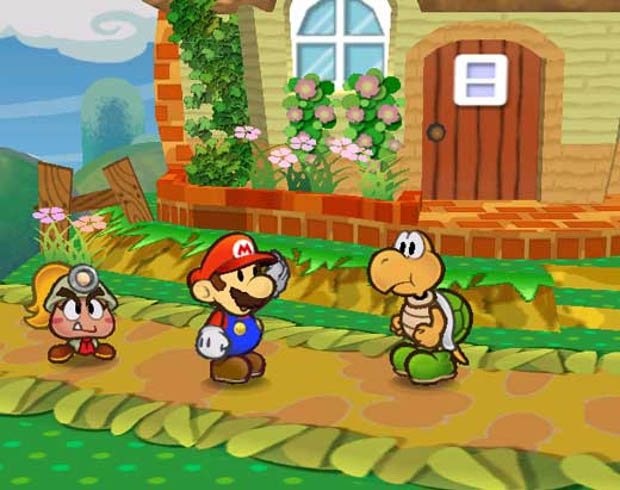 In fact, the game has to invent a whole new race of enemies for Mario to fight, yet even they appear seated alongside toads and shyguys in the audience that appears during encounters.

It would be simple to claim treating the series enemies this way is all a part of the Mario series whimsical, lighthearted tone. But even in the context of the series in general, where a piranha plant competes in a go-kart grand prix, Mario teaming up with koopas to battle ultimate evils is more of a stretch. The reality is that its just another challenge the game presents to the series and RPGs in general.

Paper Mario is often described as the halfway point between a standard RPG and a platformer, but such a simple equation doesnt take into account how at odds these two concepts are. For the platform facet of the game, bringing the proceedings to a halt for every enemy seems counter-intuitive in a series based on fleet footwork. Not to mention breaking up the action with long swaths of dialog in a series normally conducted via pantomime. 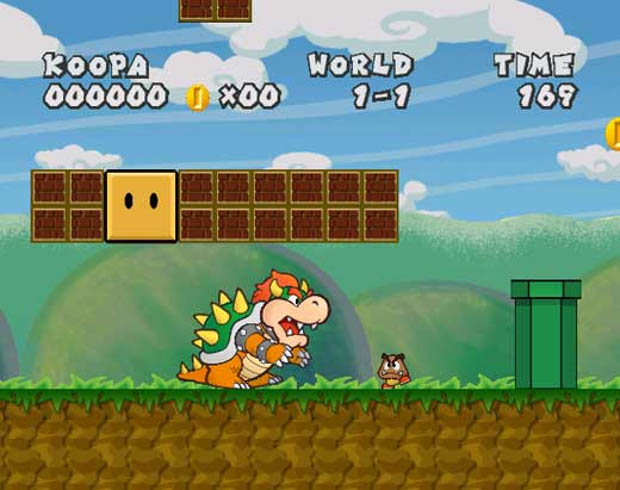 For the RPG facet, the playable party is hacked down to two members, and the battle system eschews tactics for timing. So many elements seem to be in place solely to interfere with expectations of the games two competing genres. Subverting conventions might win you points with critics, but its useless unless its done well. Fortunately, Thousand-Year Door straddles its competing styles beautifully.

While gamers have been growing ever impatient with RPG storylines, Thousand-Year Door keeps things breezy and charming and still feels like a Mario game.

And while the idea of having to actually battle a goomba in a turn-based battle sounds stultifying, the battle system is always engaging. Since grinding is both impossible and needless, you always have to count on your reflexes to come out alive. Since damage dealt and received rarely crosses into double digits, that extra bonus point of damage earned by timing hammer blows just right really counts. Neither can you sleep during enemy attacks since you cant count on your defense or HP to save you without performing some successful counters. Youre always engaged in fights, and you cant simply mash A. 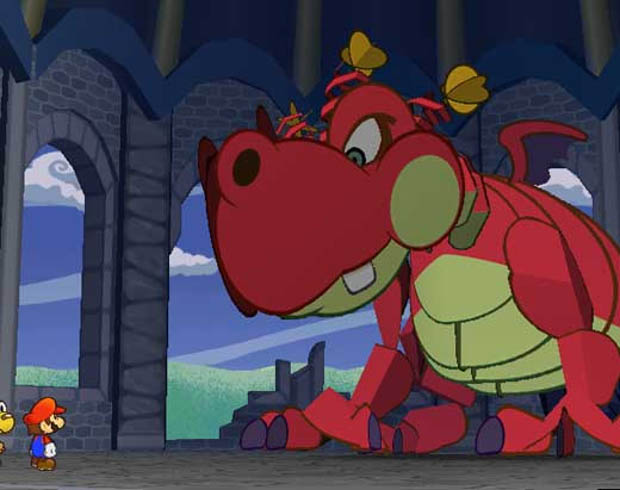 Even the games visual style is an unexpected challenge to convention. Though it continues the precedent set by the Nintendo 64s Paper Mario, Thousand-Year Door takes what was once a clever circumvention of hardware limitations and turns it into a fully fledged aesthetic statement. It shows that theres a middle ground between big-budget cutting-edge graphics and creaky, old sprites used in budget niche titles. Characters and backgrounds are bright and bold, sprinkling just the right amount of Paper Mario flavor on top of familiar Mario archetypes. It also allows the game to endow Mario with a series of clever, paper-based abilities granted by series of ineptly-hexing treasure chests.

The game is a goofy, frankly bizarre mish-mash of genres, characters, and mechanics, but everything is pulled off so effortlessly it all seems so natural, like pairing Mario with a goomba-ette wearing a pith helmet.