The average person basically knows three things about Final Fantasy X-2. Its a direct sequel to Final Fantasy X. Magical girl transformation sequences factor in heavily in some way. And when you start a new game, the first thing you see is Yuna putting on some overblown stage show with a Britney Spears sort of vibe. That last point in particular is enough to send people running and screaming and clawing at their eyes.

Fans of Final Fantasy X should take some solace in the fact that that concert scene is just a misleading bit of weirdness. The game opens with a quick mission where a random (and fairly goofy) villain has disguised herself as Yuna, capitalizing on her world-saving fame to draw crowds for a pop music career. You beat her up, expose her, and the whole bit is never spoken of again. Meanwhile, the transformation sequences can be turned off if you find them annoying. So off you go. Run along now. Know that FFX-2 isnt disrespecting the plot and characters of FFX. Maybe even hunt it down and play it.

Perhaps, though, youve avoided the game because the last thing in the world you want to see is another game at all like FFX. Oddly enough, while it recycles maps, monsters, and protagonists from its namesake, the confusingly numbered Final Fantasy X-2 comes closer to the feel of the SNES games than any other recent entry in the series.

First off, its an honest to goodness Job System Final Fantasy. That is to say, you set your three characters up with a specific class, like Thief or Black Mage, their stats adjust accordingly, and as you kill monsters you gain points towards unlocking new abilities for that class. Relatively straightforward. No syphoning abilities out of hats and shoes, or binding spells onto stats, or shuffling around on abstract boards. Just pick classes you like and play them, unlocking new abilities more or less in whatever order you choose. The unique twist here is that while you cant equip abilities from other classes as you could in Final Fantasy V or Tactics, you can switch from one job to another mid-combat, switching to a new set of stats and abilities whenever the situation demands it. Yes, this comes with a hideous transformation sequence, but that can be turned off, and the mechanic itself is actually rather interesting. 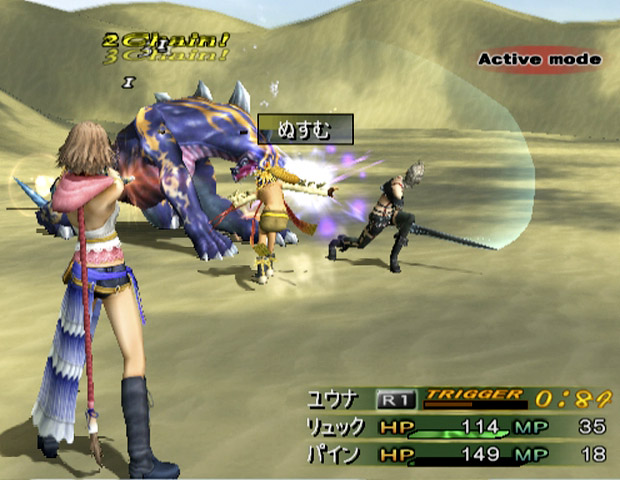 The game as a whole is also a refreshing change of pace from X, literally. The plot is a bit more lighthearted and brisk, with the whole game operating in a largely open-ended mission-based fashion rather than a linear trip full of morose dialog exchanges, and combat reverts to the snappy ATB system with no extra party members to worry about swapping in. Combat animations are all quick and to the point, thanks largely to monster summoning and limit breaks being given the day off, and they took their unreasonably inflated damage with them. If you cast a high level damage spell, and it does 8000 damage or so, thats actually good. Its not the usual laughable pittance compared to some ability from a side quest that lands a few dozen blows for 9999 apiece after sitting through a mini-cutscene.

And then theres Paine. Rikku fits the Charlies Angels vibe of the game just fine as is, and Yuna being so upbeat actually makes a lot of sense in the context of things, but the last female member of FFXs cast just wouldnt work here. The two things that stand out about Lulu are her ridiculous belt dress, which wed lose with the job-changing mechanic, and the fact that she somehow seems to have some sense of dignity despite walking around in that. So she gets relegated to NPC status, and some new girl with similar coloration and an 80s punk aesthetic takes her place... with a conspicuous lack of explanation. It seriously comes off like contract negotiations with actress playing Lulu broke down at the last minute, and her character was hastily rewritten into a new crewmember at the last minute. Somehow this perfectly clicks with the tone of the game. Either that or its just a nice change of pace to have a character whos simply there to get the job done and doesnt have some tragic backstory they feel the need to bring up every chance they get. 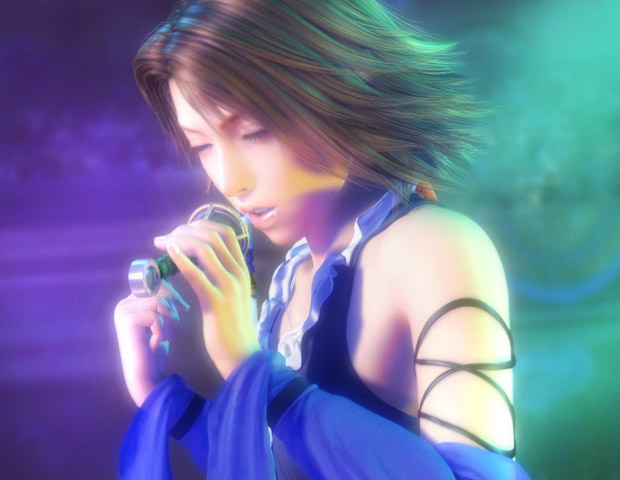 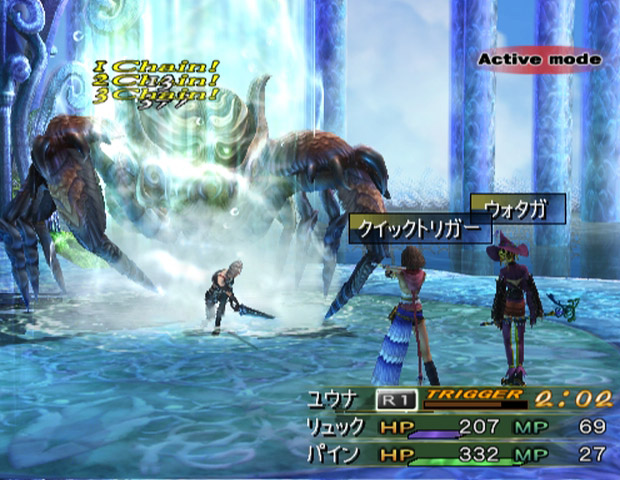