So lets say -- just for the sake of discussion -- youre a company trying to sell people on the latest release in a long-running franchise thats been your bread-and-butter for more than a decade. Specifically, its the sequel to a game that somewhat controversially reinvented the series but managed to secure a loyal if small fanbase for its sheer quality and modest sense of innovation. For the sequel, youve boosted the scope of every element of the game, creating one of the most impressive productions your company has ever published.

Now, how do you go about convincing people that they should pick up a copy of this masterpiece? Do you:

If you answered (3), congratulations: Youre a Capcom executive! Pity about what youre going to let happen to Mega Man Legends 2, though. Theres something shameful in letting your juiciest fruit wither on the vine, you know?

Its maddening, too, because of all the directions Capcom has spun Mega Man over the years, Legends is the one that most deserved to succeed. Alas, fans were entirely too hung up on the ways in which it was different from classic Mega Man titles to appreciate how many things it did well. And god knows Capcom sure didnt know how to sell it on its strengths. The fact that a third chapter of the series is in the works now is probably less a sign that Capcom has any sort of faith in Legends than it is that theyre curious to see just how well fan interaction translates into sales. Can a game sell on the strength of modest demand and heavy exploitation of their online community? Probably not, but at least well see a Legends follow-up while the companys open to experimentation. 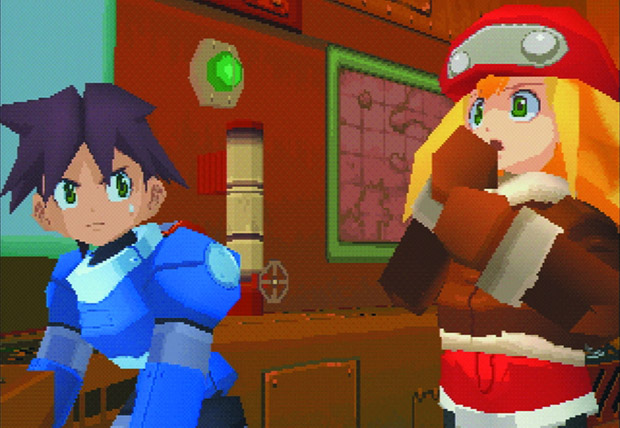 Alternately: Maybe Capcoms willingness to return to the series is a sign that everything is cyclical, and that gaming has finally had enough darkness and cynicism for now. Legends 2 was the apotheosis of a different time in gaming, one in which bright colors and genuinely good-hearted characters were the norm -- another reason it flew beneath the radar at its launch in 2001. Gaming was already drifting toward uniform brown as the prevailing color scheme, grim hostility as its tone. One need look no further than the raft of PlayStation 2 launch titles released the same day as Legends 2: Eternal Ring, Orphen, Evergrace, Kessen, and even Ridge Racer V were all agonizingly drab exercises in sucking the joy from players lives. But they were attached to the launch of the most successful console of all time, and their bland grey tedium eclipsed the shining cheer of Legends 2. Which no doubt confirmed in the minds of game industry executives that people hate games that inspire happiness.

They were wrong, though. Legends 2 may not have been noticed by many people, but those who did give it a try generally loved it. And whats not to love? It was a charming game crafted with love and confidence by veteran developers, channeling the spirit of classic adventure anime -- you know, before the medium degenerated into moé pandering -- into a solid 3D action game. It was the same formula seen in the original Legends, but refined. The controls were greatly improved over those of its pre-Dual Shock predecessor; the visuals were cleaner, brighter, and crisper; the story was grander and the characters more defined. It was easily one of the highlights of the original PlayStations library. It just had the poor fortune (read: inept planning) to go up against the PlayStations successor. 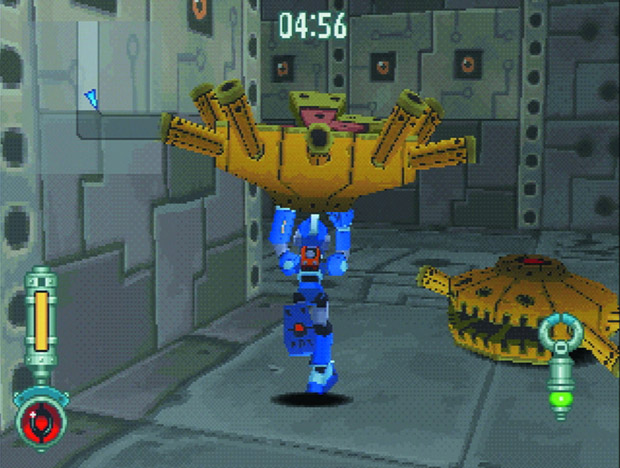 It also commanded little interest from its ostensible fan base. The first Legends had been largely rejected by the Mega Man-loving public for its lack of boss robots, its less rigid game structure, its integration of the heros power-up system into the larger world, and the fact that it generally didnt feel particularly like, well, Mega Man. Instead, it featured a completely new Mega Man who traveled the ruined world as a treasure hunter with his adoptive family, Barrel and Roll Caskett, and his mysterious robo-monkey Data. An unfortunate crash landing on a small island thrust Mega Man and his family into the middle of a pirate raid, and the battle against these pirates eventually led to the discovery of a surprisingly dark secret beneath the island.

For the sequel, Capcom expanded the action beyond the bounds of Kattelox Island, sending Mega Man across the world. Although this did undermine one of the original games most charming traits -- the way its intimate setting slowly revealed a vast, interconnecting, subterranean labyrinth -- the trade-off was greater variety of settings and challenges. Mega Man explored the poles, the deserts, and the tropics. The Bonne family of air pirates was upgraded from bumbling villains to lovable recurring rivals. Both Mega Man and Roll began to explore the mysteries of their past, conveniently interlinked by a woman who looked like Rolls long-lost mother yet seemed to know a great deal about ancient humanoid war robots. Ultimately, the game ended with Mega Man facing off against a deadly enemy from his past in the remains of a lost lunar civilization, a grand and epic cliffhanger if ever there was one.

Legends 2 played well, too -- about as smoothly as you can expect from a 3D action game of its vintage. The clumsy lock-on/circle-strafe mechanics of its predecessor were greatly improved on, with actual dual-stick camera control and much more diverse enemy designs and attack patterns. Legends greatest highlight was perhaps its massive boss showdowns; despite their mechanical simplicity, they were tremendous and impressive, often aspiring to the scale of Shadow of the Colossus. The sequel smartly capitalized on this, challenging players with a huge variety of foes to confront -- massive Reaverbots, the Bonnes and their allies, and the occasional one-on-one versus ancient biomechanical life forms -- across a wide range of settings and scales. While Legends 2 lacked anything quite as memorable as the first games single-handed dismantling of the Bonnes gargantuan mothership, the Gessellschaft, the sheer number and quality of its bosses more than made up for it. And along the way, players learned a great deal about Legends world -- including some enigmatic callbacks to the Mega Man X series. 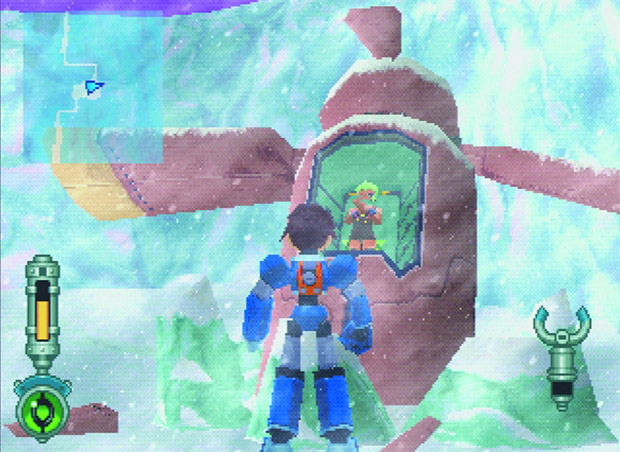 Granted, Capcoms subsequent and woeful mishandling of the X games has nearly demolished those seeming ties, but thats certainly no fault of Legends 2.

In short, Legends 2 is a sort of latter-day Mega Man 2: a genuine masterwork of a sequel that tweaked and improved on its predecessors design through the dedication and love of its creators. The main difference is that it didnt catch on quite nearly as well as Mega Man 2, arriving at the dusk of its respective consoles lifespan rather than at the heyday.

Still, time has been kinder to Legends 2 (and its two companion games) than the year 2000 was. Good (albeit slow) word-of-mouth has lent the game something of a legacy, and these days it belongs to that rare pantheon of PS1 titles that sell for more money used than it did new -- a place normally reserved for second-tier RPGs. The fact that Mega Man co-creator Keiji Inafune has repeatedly expressed his fondness for the series as the company keeps characters like Tron Bonne and her Servbots alive in the public eye through various crossovers doesnt hurt, either.

Well soon learn whether or not Capcom has it in them to create a sequel that captures the ineluctable excellence of Mega Man Legends 2. But even if the Legends 3 Project falls flat, we can always look back to a time when games like this came so naturally that the company could practically treat them like disposable goods. 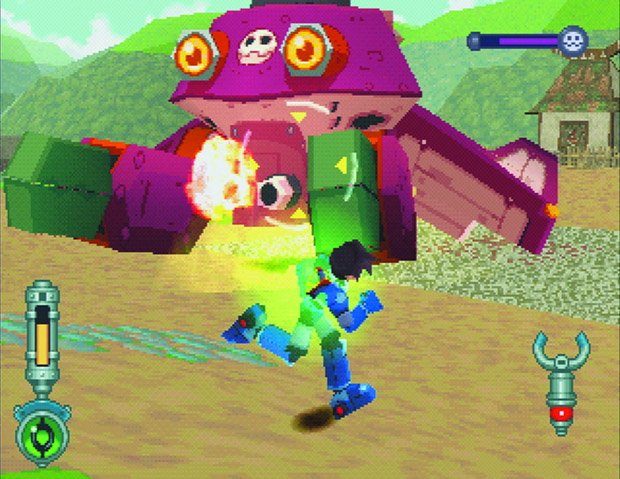 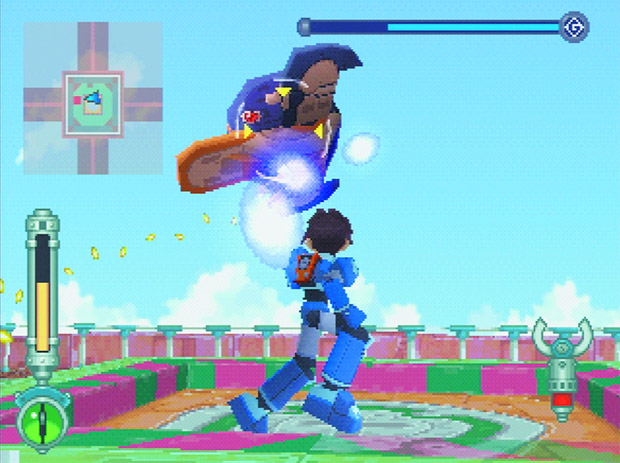 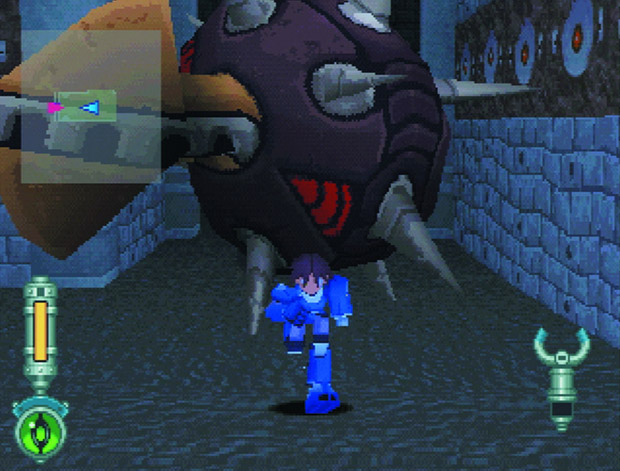