How do you improve on one of the finest games ever made? Fiddle with the formula too much and you risk losing what made the original special; fiddle too little, and you risk making something completely redundant. When building on The Legend of Zelda: A Link to the Past, most developers choose to add a more elaborate story. A Link to the Past, like most Zelda games, has essentially an excuse plot: Find the eight dungeon completion tokens, Link! Defeat the evil final boss! Rescue the fair princess! The details change, and lordy do people care about the details, but the plot doesnt matter, and the game wouldnt have much of its flavor if it werent there.

Arguably, the freshest take on the Zelda formula was Matrix Softwares Alundra. There have been others: Ōkami is certainly the purest take on the formula, with a beautiful art style and an interesting heroine; Darksiders adds great combat, but also experience points (which Zeldas heart containers were designed to avoid) and a grimdark aesthetic that overwhelmed the otherwise quite appealing environments. Alundra shakes up the Zelda gameplay flow just enough to keep players on their toes, and adds a story thats both heartbreaking and exciting while capturing the spirit of Zeldas design philosophy.

Youre Alundra, an elven adventurer with the ability to explore peoples dreams. Youve been tormented by dreams of your own, calling you to the village of Inoa to stop an unspeakable evil named Melzas. Problem is, no ones heard of Inoa, and it takes a shipwreck and the hand of fate to guide Alundra there. Inoa becomes Alundras base as he regains his strength and explores the countryside -- the villagers all have their own personalities, and each will be affected by Alundras quest. One villager, then another, and another, starts falling into nightmares from which they cant wake, so Alundra and Meia (an elf girl staying in the village) are asked to use their gifts to try and help.

Its when the villagers start dying that the game steps out from under Zeldas shadow. 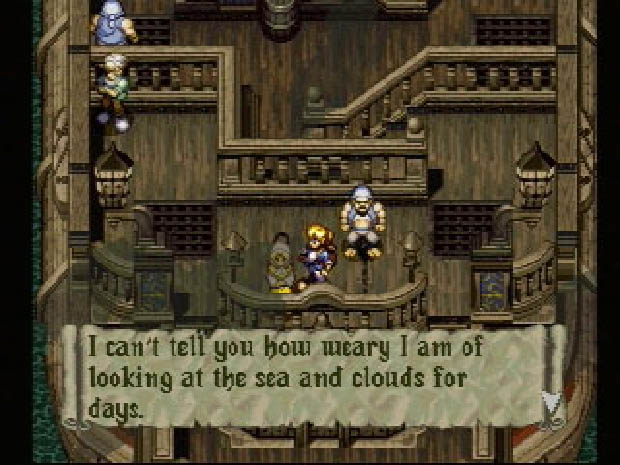 Inoa quickly becomes oppressive, as houses burn down and are abandoned, the villagers greetings grow increasingly frazzled and nervous, and one character even becomes an alcoholic. An unseen menace is destroying their town from the inside out, turning men into monsters, both literally (in the case of the villager who becomes a werewolf) and figuratively (as you eventually discover one of the villagers has built a shrine to the dark god, calling it forth in exchange for its favor). The village has a massive church, with a graveyard that, yes, has a dungeon in it, but the church itself is a key part of the plot, and the residents of Inoa question why their god has abandoned them and allowed evil into their village. The game isnt afraid to pull punchesno character has plot immunity (other than Alundra, of course), not even the children. Frequently, the death of a villager will inspire the town blacksmith to make a new weapon, which is incredibly bittersweet. Sure, its nice to get new weapons, but someone has to die for it to happen. The dream levels play out like dungeons, for the most part, but they match the personalities of the character youre visiting, like a proto-Psychonauts. One in particular, the dream of Meia, captures a lot of what made Psychonauts dream levels great, as you chase her young dream self around a gigantic hedge maze. Its short on monsters, but it communicates her history and outlook in a way that a series of text boxes wouldnt do nearly as effectively.

The text, incidentally, was handled by Working Designs, who added plenty of their own goofy jokes and upped the difficulty of the final boss. This is kind of a shame, as the opening of the game is much more effective than the end, where the games penchant for giving you a MacGuffin (in this case, the seven gemstones that raise Melzas lair) and then taking it away from you starts to cause pacing problems. However, it drives home Alundras increased skill and experience, which is entirely appropriate for a game more focused on the journey of the protagonist than on mechanical purity, and also results in the last dungeon giving you three gemstones at once, which is endlessly amusing. However, Working Designs were also careful to keep the subtleties of the story intact -- its hard to imagine a game five years earlier with characters questioning the existence of God, or having children succumb to nightmares. 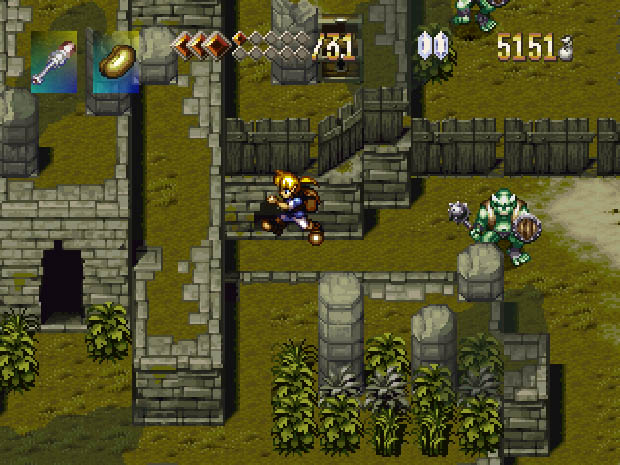 The boss fights arent afraid to go old-schoolthere are very few bosses that have weakspots that take three hits to destroy. Nearly every boss is of the classic high-hitpoints/high-damage/difficult-patterns approach, and nailing them is a real treat. The dungeons themselves are greatthere are tons of them, including proper dungeons with bosses at the end, as well as plenty of other dungeon-like areas, like the dreamscapes and some of the buildings in the outskirts of Inoa that are merely filled with tricky puzzles and difficult (bordering on unfair) platforming.

The game has some problemsas mentioned, theres platforming, and it often sucks; the puzzles can sometimes be a tad too hard; and the environmental art is really good in town and kind of bland outside, though the character art is always excellent. The music is nothing special. Its possible to miss the best sword in the game, as well, a curious misstep for a game that gets a lot right. Still, theres not a lot thats outright bad about it, and theres still a lot thats extraordinary, even today.

How do you improve on one of the best games ever made? Be bold. 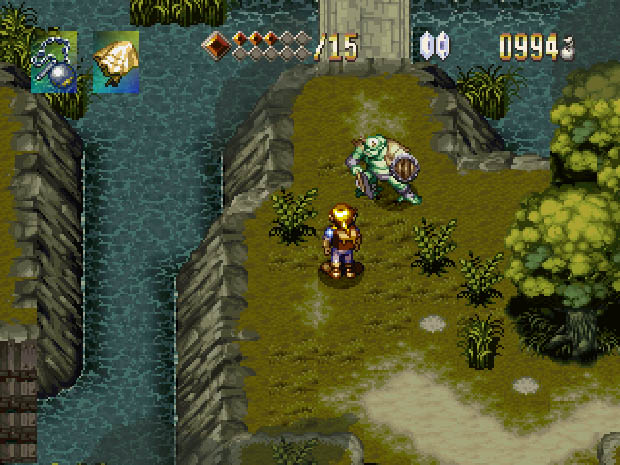 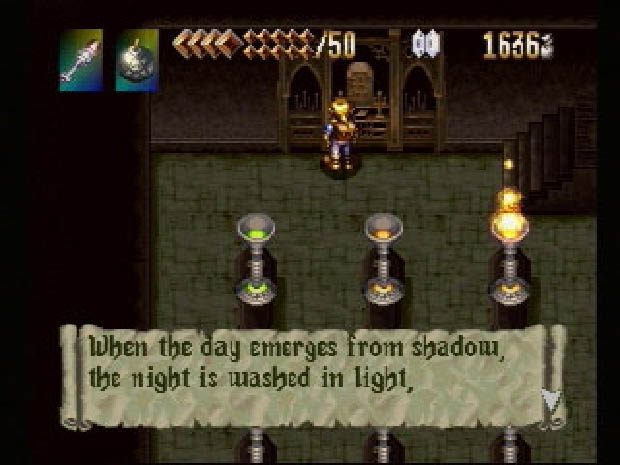