Chrono Cross is a strange, divisive beast. The battle lines have long been drawn between those who fervently adore this game, and those who find it to be nothing short of a blight on humanity. Few games are simultaneously loved and loathed in quite the same way that Chrono Cross manages to be. There is a reason for this.

The issue is not really one of quality: Chrono Cross isnt a bad game. Aesthetically, the game fires on all cylinders; its easily one of the best-looking 3D games ever to appear on the PlayStation. Even now, the games opening cinema remains something of a spectacle, some 10 years later.

Of course, a great deal of its presence comes from the accompanying music. The games score, composed by Yasunori Mitsuda (of Chrono Trigger and Xenogears fame) remains one of the most diverse, beautiful and powerful scores ever created. Hyperbole? Maybe, but the three-CD soundtrack was the first videogame soundtrack I ever felt compelled to buy and was probably the first item I ever imported from Japan. A bit of over the top is warranted for such sweet, aural nostalgia. 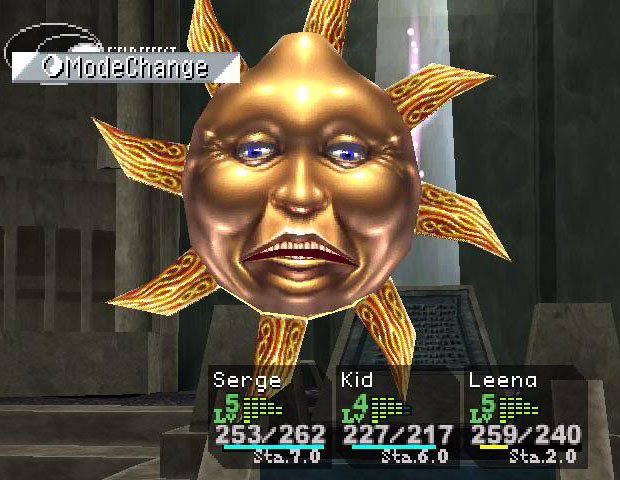 Still, all the production values in the world wont save a game thats no fun to play; ask anyone whos purchased Final Fantasy XIV. Luckily, Chrono Cross is an exceptional specimen of the RPG genre. Combat is turn-based, as is the case for many of its ilk, but theres a twist; each character has a set amount of stamina points afforded to them for various actions. For instance, a character starting with a full seven stamina points could elect to attack using three of them; the attack would be powerful, but less likely to hit than a weaker attack costing less. On a characters last point, they can elect to spend that one point on a weak attack, or throw out a bit of magic. The drawback is that using magic like thiswould leave them with a stamina deficit, resulting in a delay for their next turn. Active Time Battle, eat your heart out.

The point-based combat had been seen in a similar form in Squares own Xenogears, but the real difference is in the magic system. Spells and items, called elements here, are assigned to each character in their element grid, a skill framework which varies in size and arrangement depending on the character. Each characters grid also includes space for three unique abilities, many hearkening back to those of its predecessors characters. In battle, an equipped element can be used only once per encounter. Additionally, the use of elements changes the elemental alignment of the battlefield itself, shifting the balance of element effectiveness and leading to another level of strategy. Its intricate, and better than it sounds.

The leveling system tosses out traditional experience in favor of a collective star level contingent on the number of boss-class foes the party has defeated. For the most part, this keeps the playing field level, while allowing the player to feel a sense of accomplishment. Indeed, the lack of experience points not only prevents the needs for grinding, but prohibits it. Adding to the uniqueness is the fact that every battleboss battles includedcan be escaped from. These mechanics take away the traditional grind until badass tactic of most RPGs and instead fosters the players ability to thoughtfully work through encounters in the most efficient way possible. 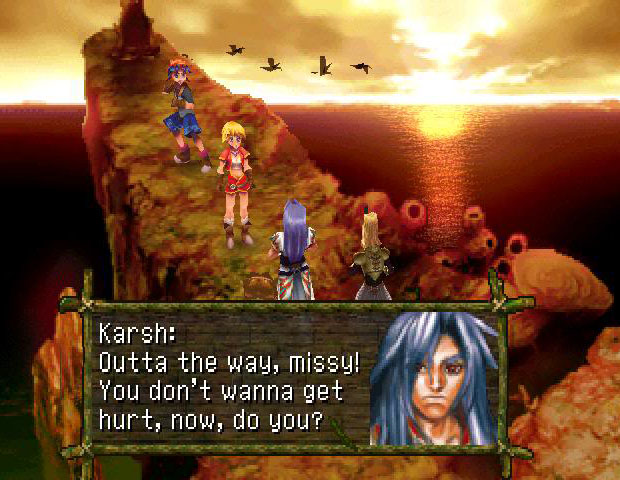 It was different to be sure, but being different doesnt automatically condemn your game to ten years of fervent, fanbase vitriol. To reiterate: Chrono Cross, though unorthodox, is not a bad game! So why, then, does it make this list of underappreciated gems? Make no mistake, my friends: good game or not, it sure is a lousy sequel.

Its hardly any secret that Chrono Cross is the tangential sequel to the SNESs perennial fan favorite Chrono Trigger, voted #2 in GameSpites very own The Greatest* Games of All Time feature in Quarterly #2?. What you may not know is that Chrono Cross is something of a re-imagining of an earlier Chrono Trigger sequel, Radical Dreamers, a text-based adventure game released for the Japan-only Satellaview add-on for the Super Famicom. That game might have garnered its own group of haters, if not for the fact that you can comfortably seat everyone whos ever played it in the back of a minivan.

There is more to it, though. Radical Dreamers, as a sequel, is far more pleasant to its predecessor. Chrono Cross entire focus is the resolution of one relatively minor dangling plot thread from Trigger. In the pursuit of this resolution, it commits a bevy of fan-frustrating transgressions: it ignores the just about the entire world of the first game, kills off the majority of its predecessors protagonists, fails to touch on almost every other unresolved plot point, and inexplicably changes the hair color of one of the few returning characters. At the risk of experiencing some seriously intense shame, Ill explain: you see, the games golden-haired female protagonist, Kid, is actually the (brace yourselves) daughter-clone of Schala, a popular, and decidedly unblonde, character from the first game. Notably, Chrono Cross is almost certainly the first English appearance of the term daughter-clone, making even the most unapologetic of Dr. Who fans cringe involuntarily. 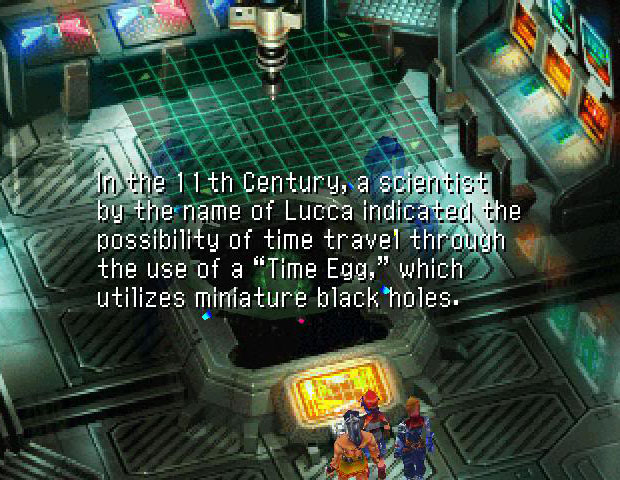 The plot is an embarrassing, incomprehensible mess that handily undoes the events of the first game, much to the chagrin of nerds everywhere. Meanwhile, the game deigns to ignore everything that made the combat in Chrono Trigger so simple and wonderful by throwing in an absurdly large cast of playable characters, and largely ignoring the combination attack mechanic it so haphazardly employs. A missed opportunity, to be sure, but thats not the takeaway here: Your enjoyment of Chrono Cross will be entirely contingent on the lens through which you view your experience with the game.

Are you looking for a worthy sequel to Chrono Trigger that satisfies your thirst to continue that story, while also building on the gameplay you know and love? Sorry, that game doesnt exist. Yet if youre a fan of beautiful music, gorgeous visuals, and also are in possession of a desire to experience one of the most clever RPG battle systems to ever be released (and the ability to ignore a metric ton of plot-related nonsense), youll find that Chrono Cross is well worth the time. 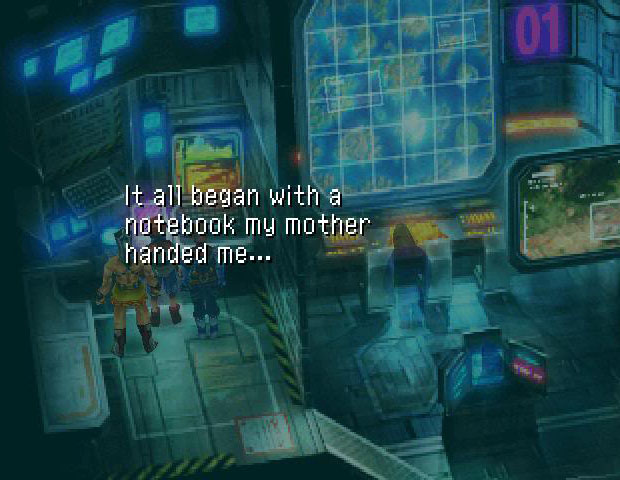 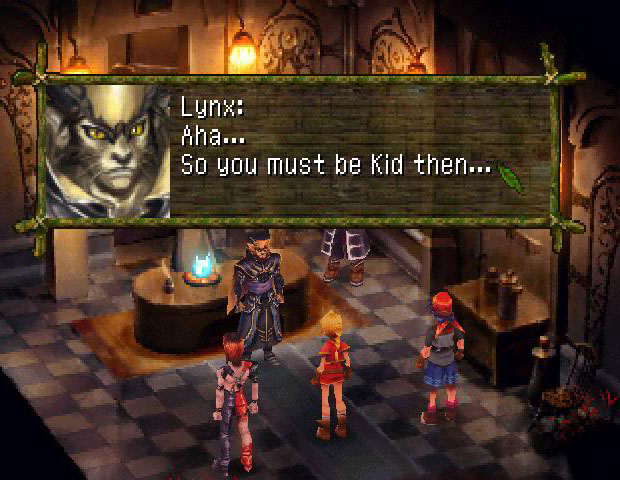