The early days of the 32-bit era were often plagued by 16-bit thinking. Gamers were excited about the prospect of polygons, of course, yet we were still prone to parse games in 2D terms. Everyone just sort of assumed mascot-based platformers were a permanent fixture rather than a fading relic. In that regard, the N64 had an unquestionable upper hand. Good mascot gamesespecially those in 3Dwere few and far between on PlayStation. The one shining exception (for those of us who found Crash Bandicoot insufferable) came in the form of Spyro the Dragon.

Technological prowess isnt a guaranteed path to quality, but in Spyros case the two were inseparable; its slickness relative to its PlayStation platformer peers was a significant part of its charm. The graphics caught the eye with their color and smoothness, with elaborately designed stages and simple but charismatic characters. The music, composed by former Police drummer Stewart Copeland, was subtle and catchy. And it controlled well despite being crafted in the pre-Dual Shock days.

Spyros reputation has suffered unfairly for all the crap inflicted on the franchise after Insomniac moved along to head up the Ratchet & Clank series, but the original game actually holds up nicely. Sure, it has some dated elements, like the way it degenerates into a collect-a-thon and the fact that they got the Taco Bell chihuahua guy to voice the hero. But ignore the voice work and consider the game complete once youve beaten the final boss (rather than found the final hidden gem) and you have a 3D platformer worthy to stand even among the N64s finest. 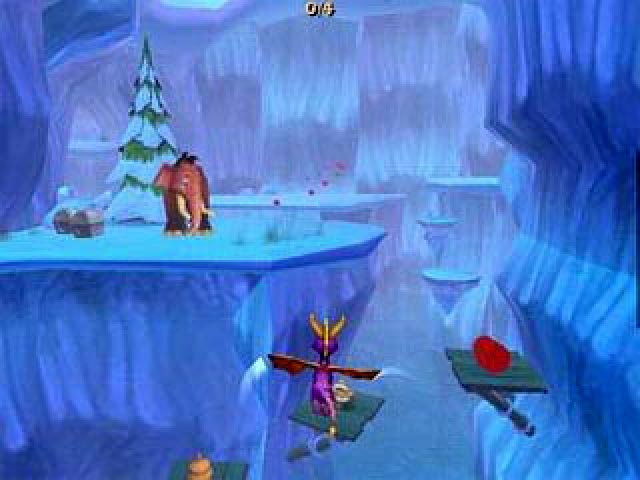