Pikmin is one of the least serious real time strategy video games ever made. Thats worth noting simply because the RTS genre is one of the most serious in gaming. Of course, all genres are serious for some people, like those who speed run Mario or play Tetris the Grand Master, but the RTS is a particularly weighty genre with a well-developed online multiplayer community and likely the most robust professional gaming circuit imaginable.

Serious is a deliberately vague adjective, but here it revolves around the concept of treating a game for what it is on a purely mechanical level. Its about stripping away all the presentation and recognizing that a game is a collection of tools and objectives. The RTS genre has some of the more ambitious presentation and storytelling in gaming -- probably because its hard not to dial up the spectacle and political intrigue when making a game about gigantic armies clashing -- but it lives and dies by its ability to offer a nuanced, fair, and serious experience for those players who play competitively.

Except for Pikmin. Of course, Pikmin might be cheating, since its arguably not even an RTS in the first place. One could make a perfectly compelling argument that its actually a puzzle game. But it has map exploration, combat, specialized units, and a simplified tech tree -- really more of a tech stick -- so well cut it some slack and not challenge its reputation as an RTS. 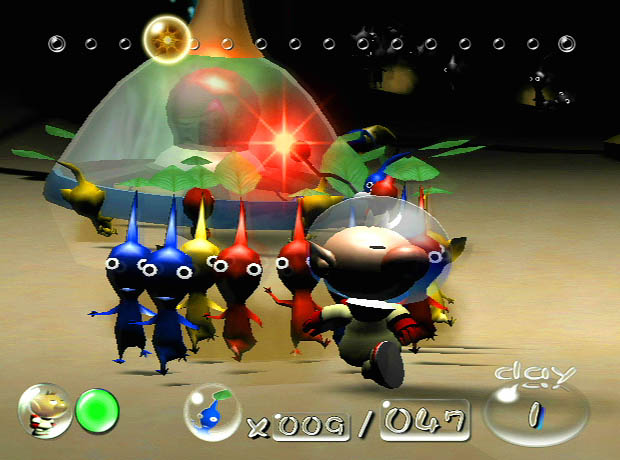 There are a lot of obvious discrepancies between Pikmin and your quintessential RTS. Its single-player, so theres no way to test your skills against those of another player. You fight not other troops, but monsters that roam the landscape. You control a single character on the ground instead of marshaling your troops omnipotently from the sky. This character is given the unsubtle name Olimar (in English; in Japanese, its the even less subtle name Orima, which is to say its written with the characters O-Ri-Ma) -- a nod to the fact that the game owes just as much of its heritage to the platforming and third-person adventure games Nintendo is better known for and familiar with.

Then theres the overarching simplicity of the game. There are only three types of units, there arent any resources to collect beyond them, theres no building, and units are upgraded from normal to slightly stronger and then to even more slightly stronger. But those are the obvious differences. The most important and subtle tweak the game offers is how it treats its units.

Theres a reason the game is titled Pikmin, and its the same reason StarCraft isnt titled Zerglings. Pikmin treats its eponymous units like characters. Obviously, its the players prerogative to treat the foliage-coifed carrot-men like the interchangeable cannon-fodder the genre expects you to, but everything in the game is telling you to empathize with the little guys. It never wastes an opportunity to highlight how button-cute the poor saps are or to make sure you feel like a heartless sociopath if youre careless enough to let a single one die. 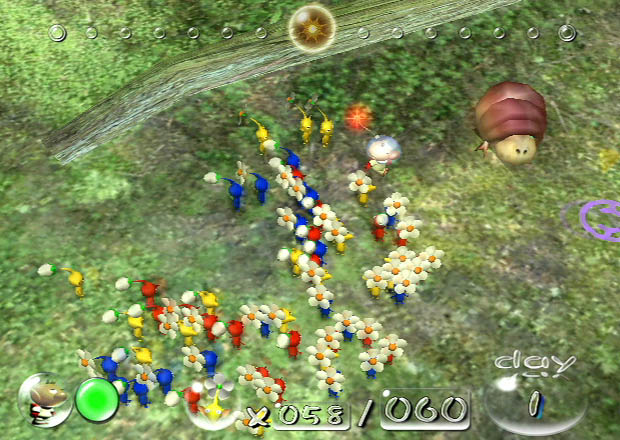 Pikmin bustle about chirping merrily and haul items back to the base heave-hoing in the most adorable fashion since the My Little Ponies unionized. Unselected pikmin yawn, tumble, and lounge about cloyingly. Every time a pikmin dies, it lets out a pitiable squeal and its ghost ever-so-slowly wafts off the top of the screen. Whenever you strand any on the planets surface before the day ends youre treated to a cut-scene of forsaken stragglers stumble out of the bushes seconds too late to be saved by the departing spaceships before theyre cruelly devoured by feral bulborbs. If you lose all your pikmin (a long shot, admittedly) youre treated to the cheery title card Pikmin Extinction and a devastated Olimar berates himself for being such a monumental failure of a leader. Hell, the chart-topping single that accompanied the game is written from the pikmins point of view as they rhapsodize about their tender feelings for Olimar while at the same time acknowledging they do not expect the same love in return. Its kitten-in-a-leg-cast levels of sympathy-inducing pathos.

So theres a lot of emotional manipulation going on, but the mandate to protect your pikmin is reinforced in the formal aspects of the game as well. The daily report displays a line graph showing the number of units over time, encouraging you to keep the line climbing ever higher. Just below, it enumerates how many pikmin you lost in battle or stranded overnight. Daily and total figures are displayed, making sure youre always reminded of the soldiers you lost in battle a week ago.

All this information is displayed above the days remaining and the spaceship parts yet to be collected, which reflects the ostensible goal of the game. Yet ship repairs are subordinate to the numbers that inform you how good a pikmin caretaker youve been. 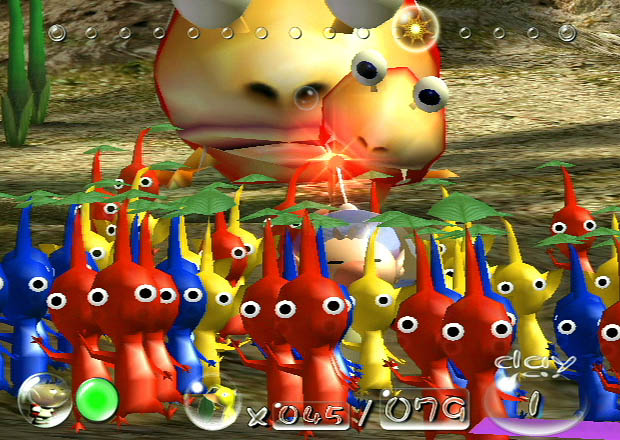 All of this would be moot if the game forced you to send wave after wave of your units to an early grave like the majority of RTS games do, but patient players can complete objectives with minimal casualties. Since players legitimately have the capability to keep fatalities low, and since theyre unburdened by the win-at-all-costs attitude expected in a more serious RTS, theres no reason not to follow the games lead and act protective of the pikmin.

Personally, while playing I found myself retrying days not because I thought I could capture more parts more efficiently, but because I thought I could do so without losing so many of the poor devils. Loosing as few pikmin as possible became a sort of metagame, albeit one that the game actively pushed. It added another layer of challenge to the games already engaging puzzle/strategy mechanics and sated a bizzare paternal instinct. Its what makes the final battle so jarring.

You see, Olimar doesnt have to collect all the parts of his ship to return home, though any gamer worth his or her salt is going to go for 100% completion. The very final part is cloistered in its own level behind the games most fiendish puzzles and in the belly of its most deadly enemy. After foraging a path to Emporer Bulblax and defeating him, likely losing more pikmin than in any other encounter, Olimar is rewarded with... his piggy bank. 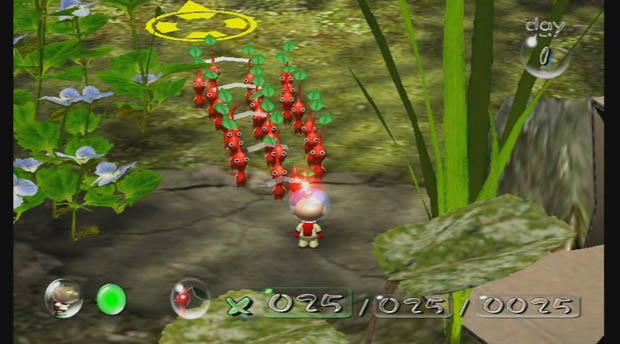 Not a life-support system. Not something that would enable Olimar to survive the harsh rigors of space. His piggy bank. Truthfully, I almost didnt want to take it back to the ship when Bulblax coughed it up. Sacrificing all those pikmin for cash didnt seem right. I finally grudgingly directed the pikmin to haul back the item their comrades had died fighting for and triggered the credits.

For a while, I was disturbed by the endgames implications. Eventually, though, I came to realize that the game made me empathize and care for a group of nameless, identical automatons to the point that I recoiled at an act that would be expected of me in the context of any other real-time strategy title.

Somehow, Nintendo subverted an entire genre. Pikmin is already a great game based on all its formal elements, but it also made me reconsider how I felt about a genres conventions at an emotion level. Thats an extraordinary accomplishment for a game about a tiny spaceman directing armies of sentient produce.